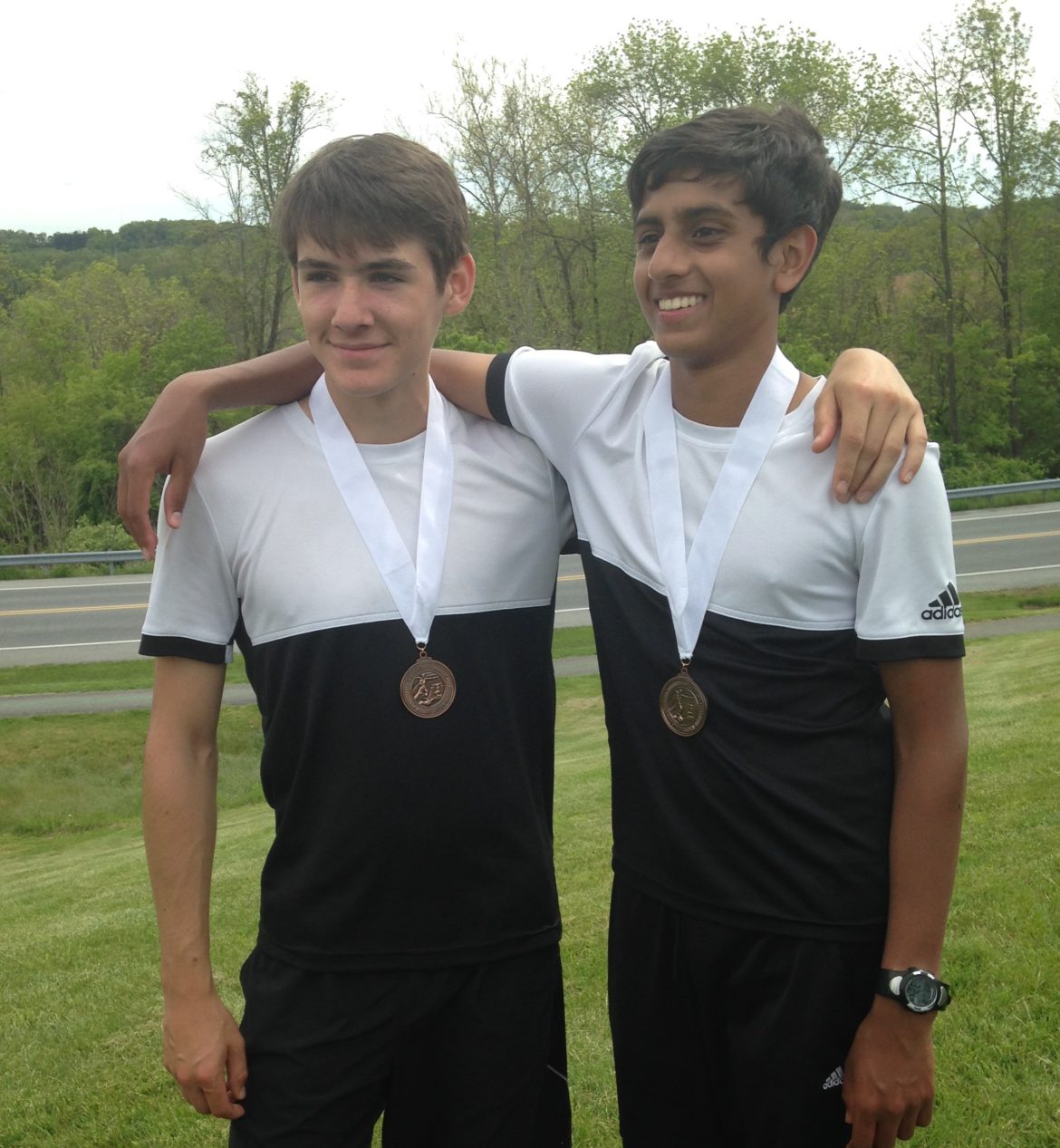 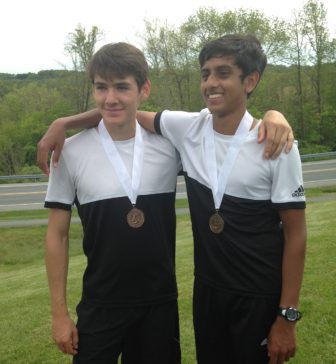 The Saucon boys tennis team finished their regular season with a record of 12-4 and a league record of 9-4. They are ranked as one of the top 10 tennis teams in the Express-Times coverage area.

The boys had good results at the District Singles and Doubles Tournament as well as qualifying for Team Districts. They tied for second place in the Colonial League Championships.

In District singles, Tej Laliwala was a quarterfinalist and Aaron Gardiner received the bronze medal for being a semifinalist. Aaron lost to the winner, John Yurconic from Salisbury.

In District doubles, Tej Laliwala and Aaron Gardiner received a bronze medal for competing in the semifinals. They lost to the eventual District Doubles winner Moravian Academy. Joel Thompson and Jake Nichols lost in the quarterfinals. Also participating in the Doubles Tournament were freshmen Zach Appel and Michael Andres. They won their first round match but fell short in the next round.

I am very proud of this team and all they have accomplished throughout the season.