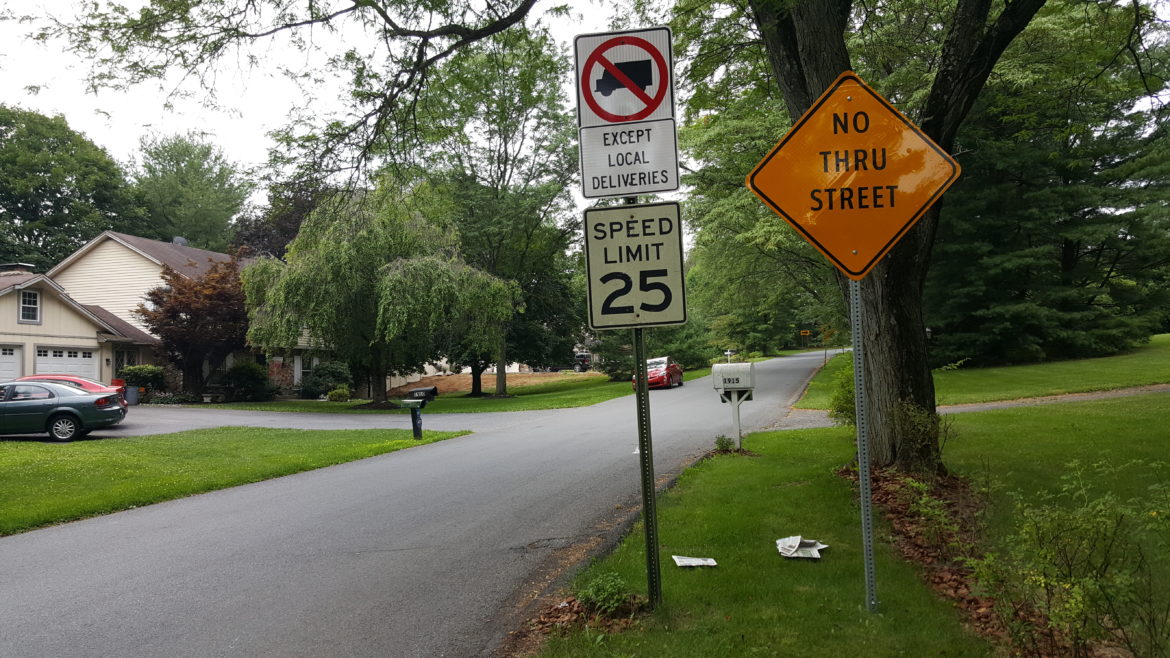 The 'No Thru Street' sign at Quarter Mile and Bingen roads, near the closed Bingen Road Bridge

The ‘No Thru Street’ sign at Quarter Mile and Bingen roads, near the closed Bingen Road Bridge in Lower Saucon Township

“They did not ask permission,” deLeon said. 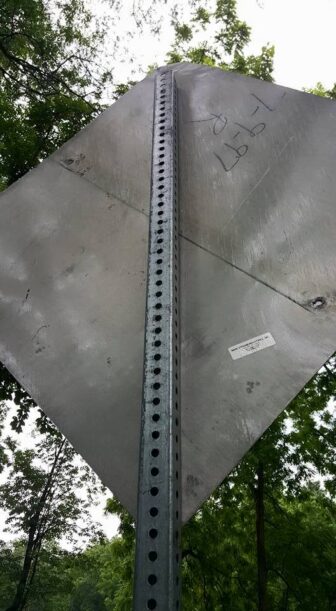 The township is meeting with PennDOT officials Tuesday and township manager Leslie Huhn is expected to issue a statement about what was discussed following the meeting, she added.

The ‘No Thru Street’ signs generated controversy after they suddenly appeared at the end of two public roads that have been used as part of a detour route around the Bingen Road Bridge, which remains closed until mid-August for priority repairs.

Some township residents were angered by the implication that they were forbidden from driving on roads their taxes help pay to maintain.

The route along Quarter Mile and Surrey roads is an unofficial detour through a neighborhood, where residents have complained of frequent speeding since the bridge was closed in mid-June.

Some homes along Quarter Mile Road, Sunderland Drive and Surrey Road now have signs asking drivers to “Drive Like Your Kids Live Here” and reminding them to “Slow Down” as they drive the narrow, curvy roads in an effort to save time. 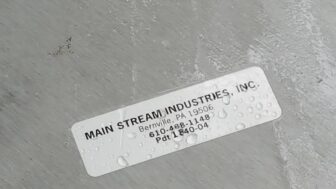 The official detour around the bridge closure is longer both in terms of mileage and the amount of time it takes to travel from point A to point B. It includes Hickory Hill Road, Seidersville Road, Rt. 378 and Black River Road, which are all state roads, and several traffic lights on Rt. 378.

Signage on local roads is normally the purview of local municipal governments, which is why the placement of the signs initially puzzled township officials.

Labels on the back of each sign indicate they were produced by Main Stream Industries Inc., of Bernville, Pa., and include a PennDOT identification number.

“No Thru Street” is a sign used to demarcate a limited access street in Pennsylvania, according to Wikipedia’s “Road Signs in the United States” entry.

According to the Federal Highway Administration’s Manual on Uniform Traffic Control Devices (MUTCD), “ROAD CLOSED TO THRU TRAFFIC (R11-4) signs should be used where through traffic is not permitted, or for a closure some distance beyond the sign, but where the highway is open for local traffic up to the point of closure.” 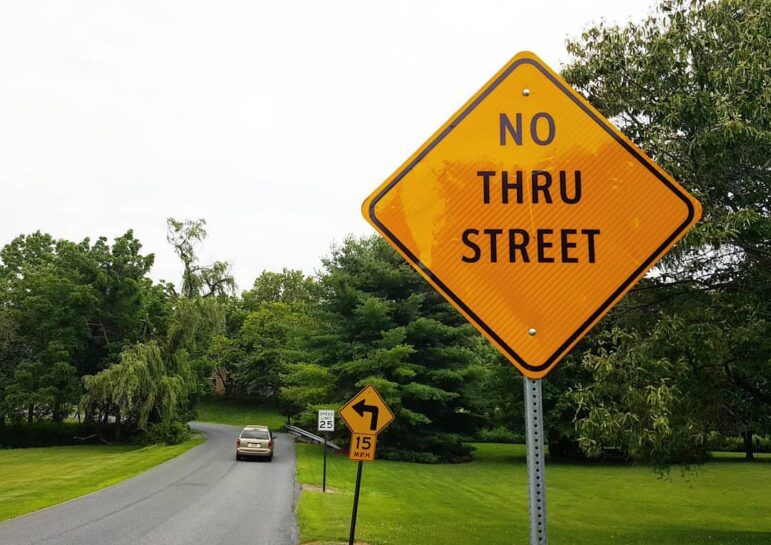 This ‘NO THRU STREET’ sign at Surrey Road and Black River Road in Lower Saucon Township was not authorized or installed by the township, which has been investigating how it and one other sign came to be placed at either end of a detour route through an upscale residential neighborhood. According to councilwoman Priscilla deLeon, PennDOT officials Friday admitted to erecting the signs without telling the township and a meeting is scheduled. 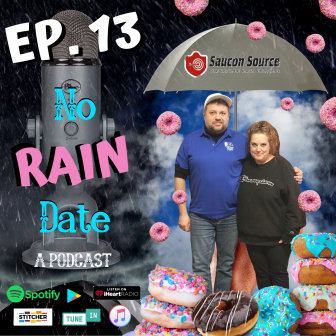