March 17 is a day full of green: green beer, green cabbage (and corned beef), green shamrocks and green clothing (sometimes worn by leprechauns). For many people it’s a day to gather at local pubs and bars to celebrate Ireland’s patron saint. But why do we celebrate this man, on this day, with this color–and lots of beer? Who was St. Patrick? It turns out that like many modern secular holidays, this one is rooted in religion. 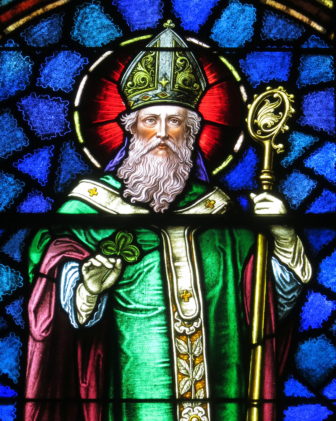 St. Patrick, who is commonly referred to as the patron saint of Ireland, was actually born in England. While his actual birth date is unknown, it is documented that he was an active missionary and writer in the latter part of the 5th century.

According to “Confessions of Saint Patrick,” which was written by the saint himself, he was kidnapped by pirates at the age of 16 and taken into captivity in Ireland. While enslaved there, Patrick developed a deep spiritual connection and solidified his bond with the Christian God.

Patrick eventually escaped slavery and spent many days traveling back to England, including walking 28 days in the wilderness, all the while continuing to stay strong spiritually.

Eventually, Patrick returned to Ireland as a Christian missionary, and helped to spread Christianity to what was then a Celtic, pagan nation. It is for this reason that he later came to be revered in his adopted homeland.

One common belief about St. Patrick is that he drove snakes out of Ireland, however the evidence is that there never were snakes in post-glacial Ireland.

So why do we wear green to celebrate St. Patrick, and why do we do it every March 17? Again, the answers are rooted in religious tradition.

Traditionally, the green in the Irish flag is used to represent the Catholics living there. And the green shamrock was used to describe the Holy Trinity. 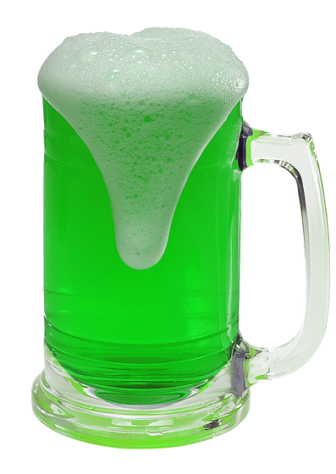 Green beer has become a St. Patrick’s Day staple in many American bars.

March 17 is rumored to be the day St. Patrick died, although there isn’t any definitive evidence of this.

This St. Patrick’s Day–whether you’re Irish, Catholic or simply someone who enjoys a party–take a moment to think about the man we can credit with starting it all.

It’s likely that he would be surprised–and perhaps even a bit confused–to see how the holiday created in his honor has evolved tremendously, but also proud of his adopted homeland. And although he may not have eaten corned beef and cabbage–and certainly didn’t drink green beer–those of us who do can still enjoy these traditions, which wouldn’t exist without modern Ireland–the country St. Patrick helped found. Please have fun this St. Patrick’s Day, and of course remember to celebrate responsibly.

Gabriella Haklar is a Lehigh Valley resident with her husband, son and doodle. She is currently working toward her Master’s degree in literature.