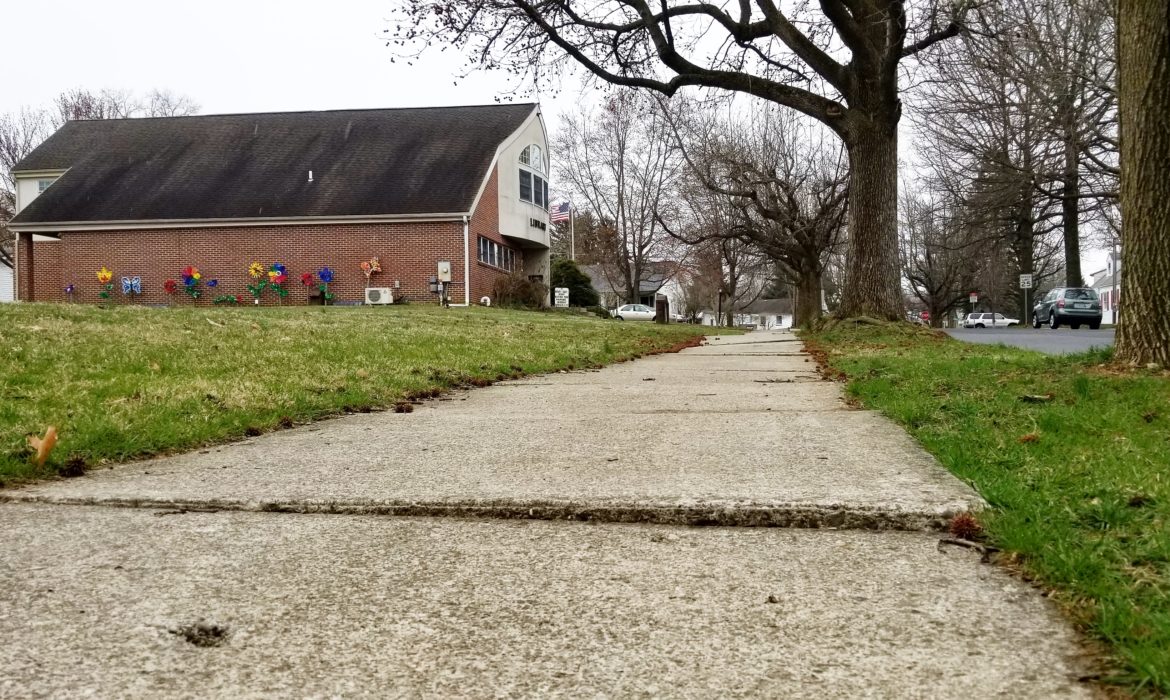 Uneven sidewalk along Constitution Avenue near the Hellertown Area Library will be replaced when the trees whose roots are damaging it are removed. 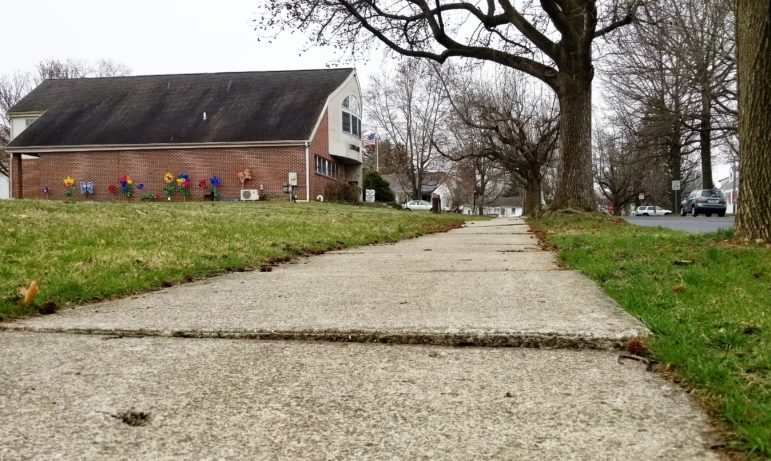 Uneven sidewalk along Constitution Avenue near the Hellertown Area Library and across from Dimmick Park will be replaced if/when 10 large trees whose roots are damaging it are removed by Asplundh.

Borough manager Cathy Hartranft said residents have occasionally complained about the condition of the sidewalk there, as approximately two thirds of the squares between the library and Juniper Road are bad.

The sidewalk is near Dimmick Park, the Hellertown Pool and other amenities that many residents walk to in the warmer months.

The unique public-private partnership plan that will hopefully allow for the work to be done at an affordable cost would involve a local business that has expressed interest in helping the borough remove both the trees and the old sidewalk, council president Tom Rieger said.

Rieger didn’t name the business that has expressed interest in helping, but referred to their large, orange trucks, and Hartranft later confirmed that the business is the Willow Grove-based tree pruning company Asplundh.

“We reached out to them and they seem favorable to helping us, but have not received final approval at this time,” Hartranft said in an email.

Rieger said partnering with the company would save the borough money, and Hartranft noted that it will also help by freeing up the borough’s public works department to perform their regular spring maintenance duties.

“As you know trees are very expensive to take down, and I believe they’re in wires, too,” Rieger said of the large, squat trees, which public works director Tom Henshaw said would end up looking like “goal posts” if they were simply pruned so their branches are no longer near the overhead wires.

The Mountainview neighborhood in which the trees are located is heavily treed and is often subject to power outages when severe weather strikes and tree limbs fall on wires.

The plan–if Asplundh agrees to help–is to replace the trees that are taken down with new street trees after their stumps are ground down and the new sidewalk is installed.

The total cost for the sidewalk removal and replacement is not to exceed $10,690, council decided.

The borough has $5,000 already budgeted for the work and Hartranft said the remainder of the needed funds would come from the borough’s unallocated capital fund.

A borough ordinance requires that all street trees that are removed be replaced with new saplings from a list of approved street trees within a specified period of time.

Councilman Herb Payung suggested that council approach Lower Saucon Township about sharing the cost of the work in front of the Hellertown Area Library, since the township also financially supports the library. 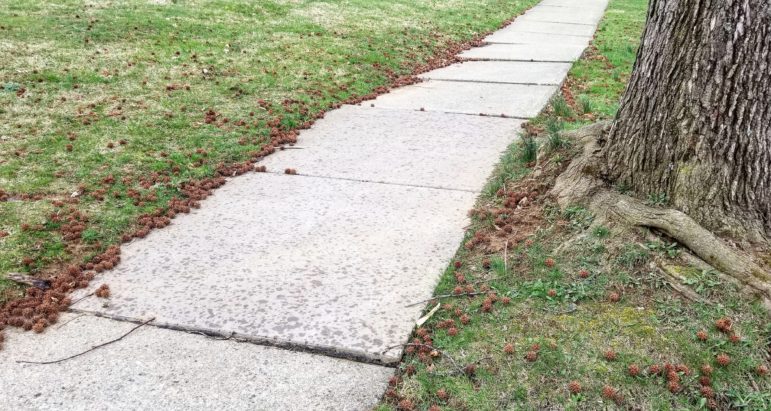 Parts of the Constitution Avenue sidewalk near Juniper Road have been heaved up by tree roots, making it difficult for some pedestrians, the handicapped and parents with strollers to safely use it. According to borough officials, two-thirds of the squares in a 450 linear foot section are bad.