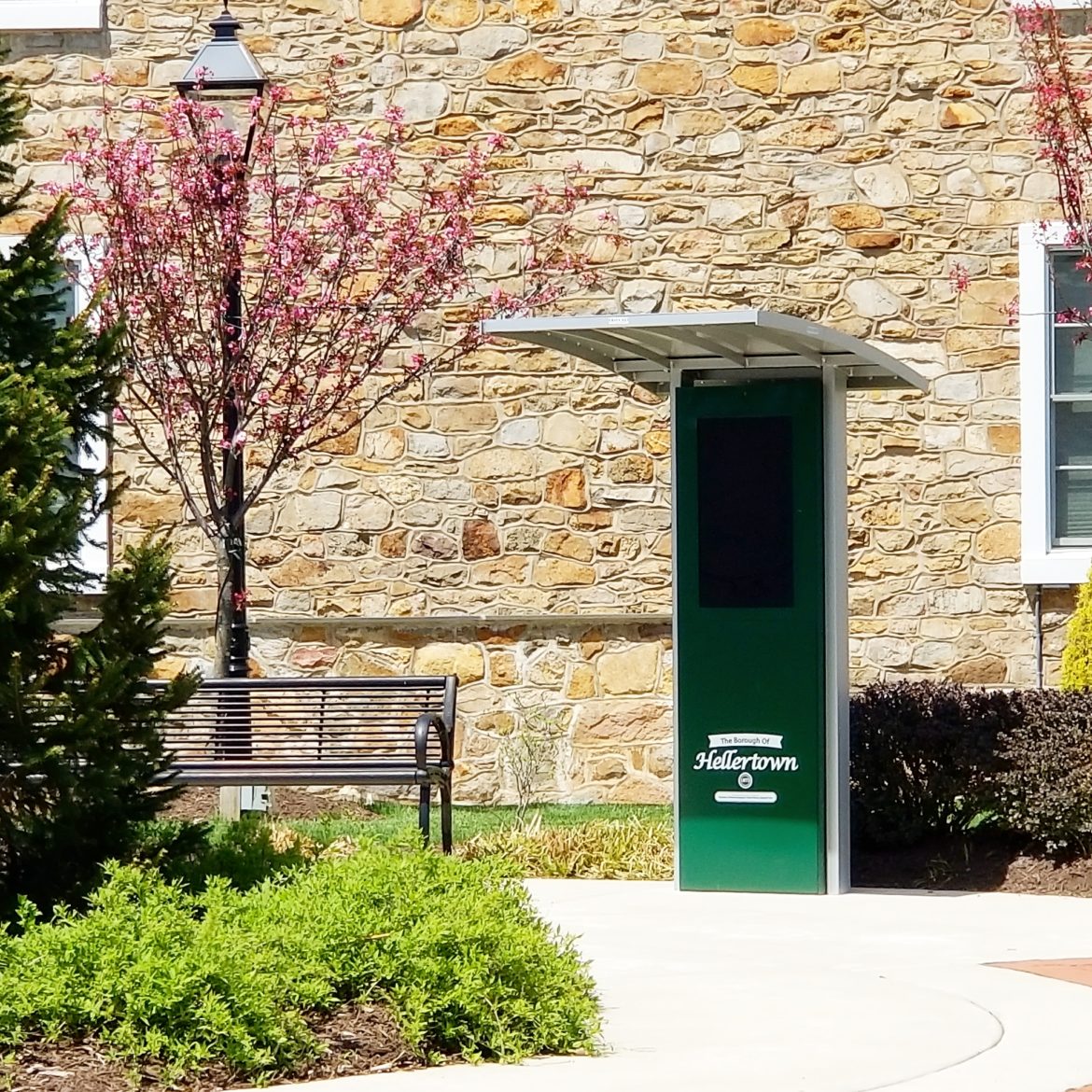 This modern-looking new kiosk will soon display information to passers-by outside Borough Hall in downtown Hellertown. 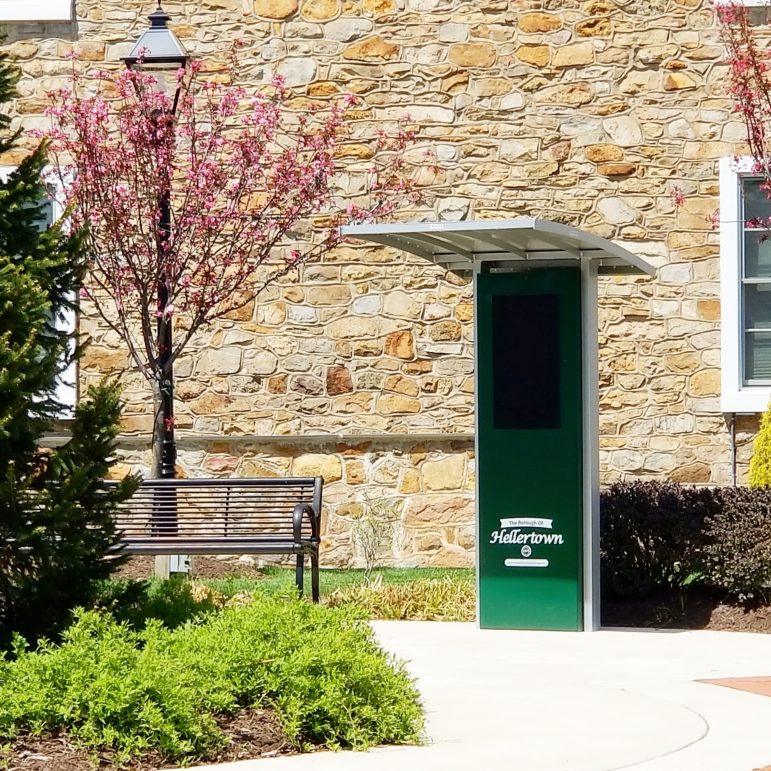 This modern-looking new kiosk will soon display information to passers-by outside Borough Hall in downtown Hellertown.

A new electronic kiosk outside Hellertown Borough Hall near the intersection of Main and Water streets has been drawing curious looks from passers-by.

Borough manager Cathy Hartranft said Wednesday that the sleek, dark green kiosk will be used to promote upcoming events in the area–such as fundraisers–along with borough announcements about things like recycling pickups and snow emergencies.

“The kiosk will make a relevant and ideal addition to this area,” Hartranft said. “We hope to partner with the chamber (of commerce) and local businesses to offer specials and (promote) other events.”

The kiosk purchase was partially funded through a 2016 Northampton County Hotel Tax grant, and it was installed last week, Hartranft said.

The unit still needs to be connected to an electric line and then programmed, which will be done in the upcoming weeks, she added.