A vacancy on the Hellertown Zoning Hearing Board was filled Monday when borough council voted unanimously to appoint resident Andrew Hughes to fill it. 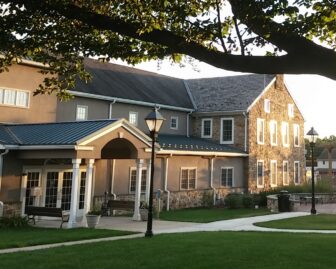 According to his Linkedin biography, he’s an “accomplished, resourceful, passionate technologist with extensive experience architecting Information Technology departments and guiding IT professionals in a variety of enterprise technology environments.”

Hughes said he and his wife Sonya moved from Berks County to Hellertown nearly two years ago because of its location–which was closer to his wife’s job–and its affordability, which allowed them to comfortably downsize.

“What we found beyond that is a tremendous community which we want to call home for a long time,” he said. “Given our investment in our home (not done yet) and loving what we have found, we both want to become more vested and contribute to making our new home of Hellertown a great place for everyone to live.”

In applying to fill the vacancy, Hughes said that his recent job change has given him an additional 10 to 15 hours a week to devote to community involvement, among other things.

“So given my recent observation of vacancies within the local Hellertown government, I thought that with my background and experience, I could help positively contribute to our Hellertown future,” he said. “I am still looking to become more involved over time, but this position is a good start.”

Hughes was chosen from a field of four candidates, following a nomination by councilman Gil Stauffer that was seconded by councilman Kevin Lott.

The borough’s zoning hearing board meets as needed.

Meetings–when necessary–are held on the third Wednesday of the month at 6:30 p.m. at Hellertown Borough Hall.

The other members of the ZHB are Larry Sutton, Jonathan Lentz, Kristina Fish (Secretary), Marina Brekhounets and Thomas Dietrich.