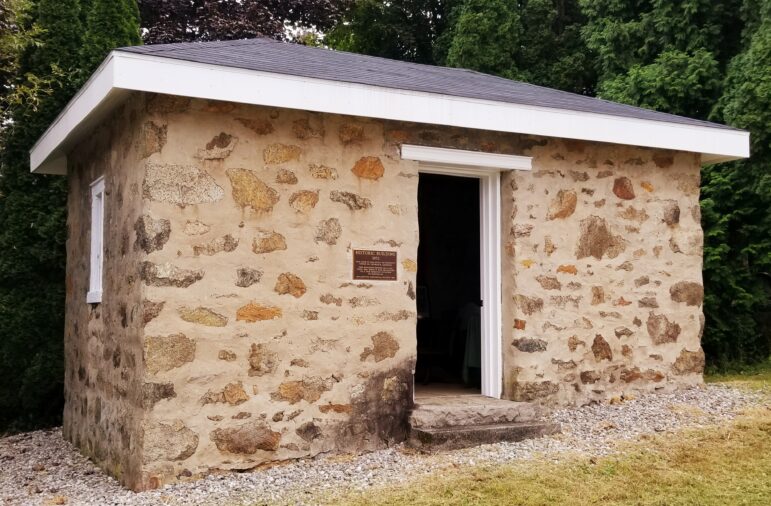 Hellertown’s recently-restored 1872 jail will be open for photos and for Trick-or-Treaters to receive a treat on Sunday, Oct. 28 from 3 to 5 p.m. The jail is owned by the Hellertown Historical Society, which is hosting the event.

Local history buffs and kids alike will receive a real treat when they visit Hellertown’s recently stored 1872 jail during Trick-or-Treat in the borough on Sunday, Oct. 28 from 3 to 5 p.m.

The Hellertown Historical Society will have the jail open and decorated inside and out for tours. Volunteers in costume will be handing out treats to any Trick-or-Treaters who stop by.

The society owns and recently restored the small single-story stone building on Laubach Alley, which is largely hidden from view, just east of the 600 block of Main Street on the south side of the Silver Creek between the creek and Penn Street.* 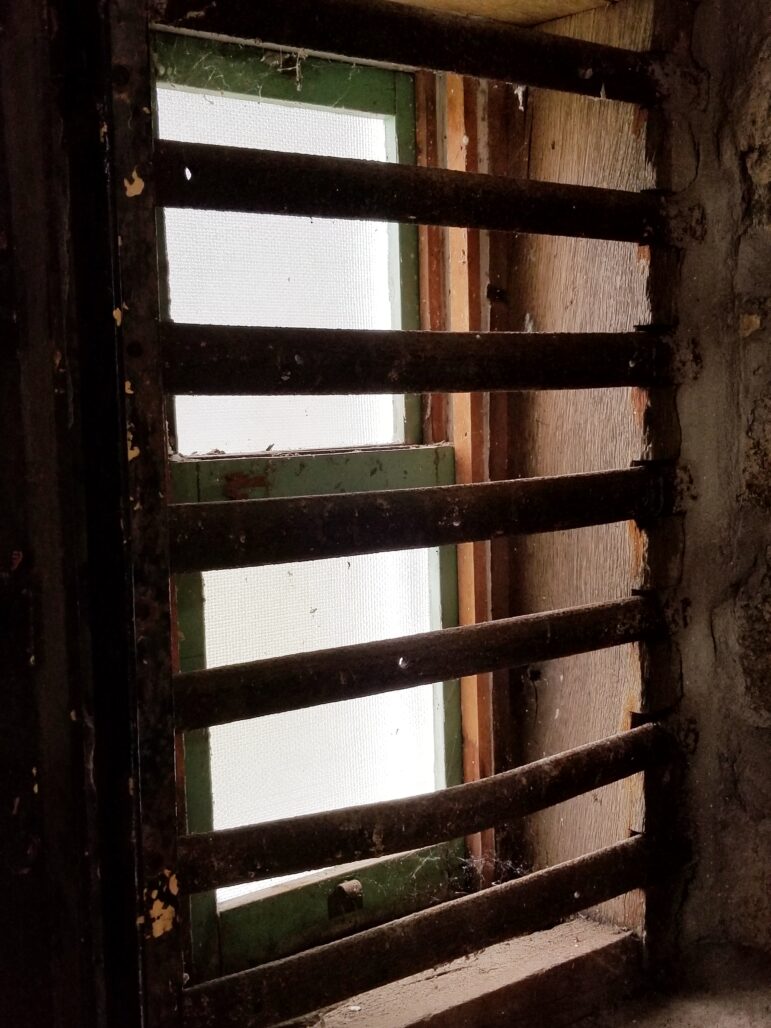 The society raised the nearly $13,000 needed to restore the building, with volunteers donating much of the labor, member Bill Frey said.

Most noticeably, the building received a new hip roof, which Frey said the society believes more closely resembles the building’s original roof than the gable roof it replaced.

The gable roof had deteriorated to the point where there was a gaping hole in it, and the inside of the jail was also semi-derelict, with a floor that was rotting away.

Volunteers installed a new wooden floor and new wooden ceiling along with a recreated jail cell; a metal cage that was formerly used as a holding cell inside the Hellertown Police Department’s Borough Hall headquarters. 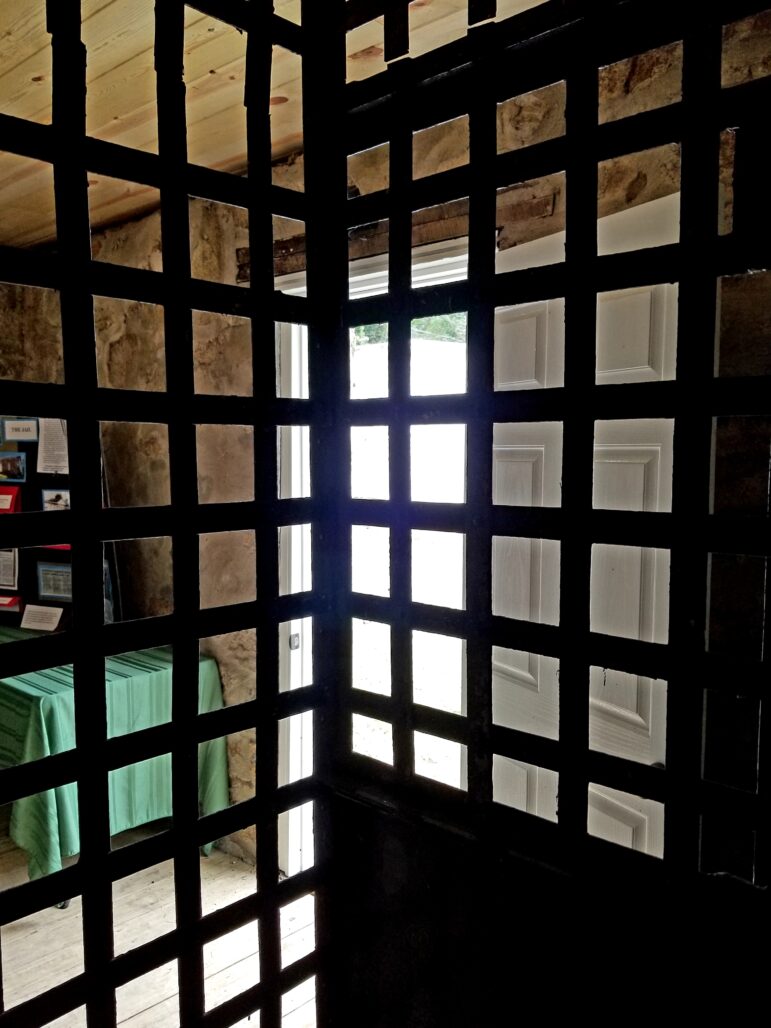 There is also early police memorabilia on display inside the jail, copies of vintage “Wanted” posters and an informational display about the history of the structure, which was built the same year that the borough was incorporated. 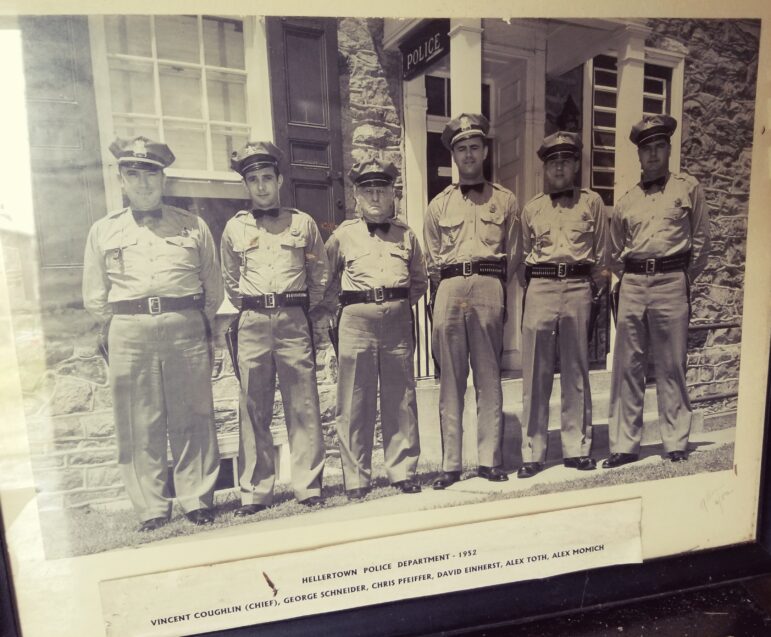 A motion to build the jail on property owned by Thomas Laubach–Hellertown’s first Chief Burgess, or mayor–was the first action taken by the newly-formed borough council.

Unfortunately there are no archival materials that directly reference the jail–which was in use from 1872 to 1898–and no one knows what its original interior looked like, Frey said. But the jail would have been used to house those charged with everything from petty offenses, such as public drunkenness, to horse thievery. 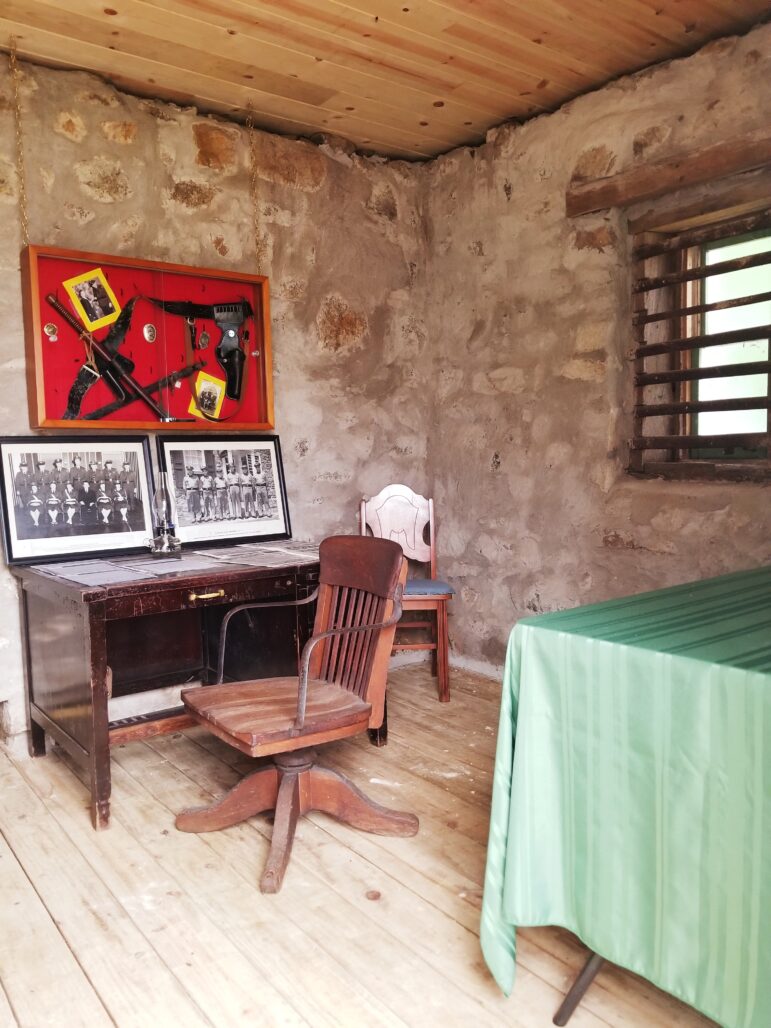 After the first fire station was constructed on Saucon Street in 1898 prisoners were held in several cells in its basement, and the Laubach Alley jail was no longer needed. Thereafter it was used for storage by the families who inherited the Laubach property.

In 1986 the jail building was willed to the Hellertown Historical Society by the estate of Betty Hess, who was the widow of Hellertown mayor Howard Hess–himself a descendant of Thomas Laubach.

Frey said that children who visit on Trick-or-Treat day will be able to have their pictures taken inside the metal cell, but stressed that it won’t be a “scary” experience for little ones.

*Please note that there is no on-site parking at the jail. Visitors should park on a nearby street and walk down the alley to visit it. For more information, please refer to the Facebook event for Trick-or-Treat at Hellertown’s Old Jail. 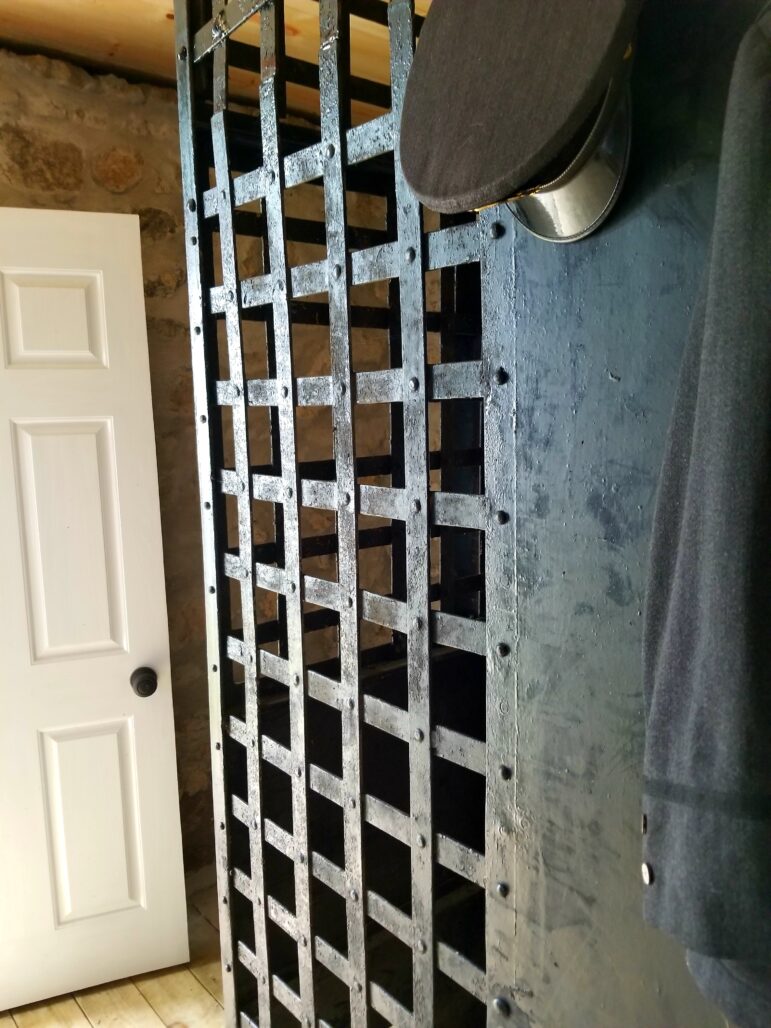