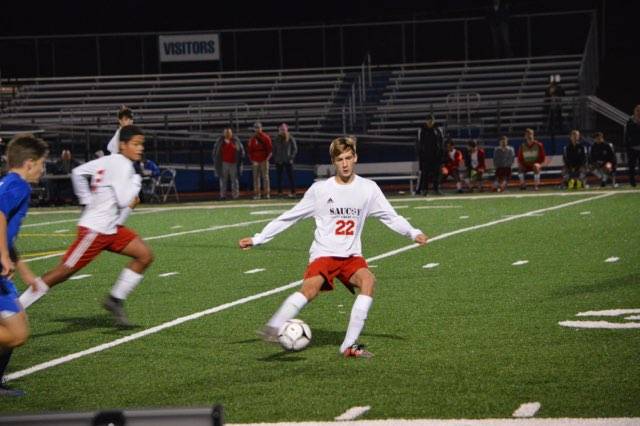 Many words could be used to describe the Saucon Valley boys soccer team’s district semifinal game Tuesday night. Cold, competitive, contentitious, exciting. Another way to describe the game would be: deja vu.

The last time the third-seeded boys were on the pitch they defeated sixth-seeded Wilson in the district quarterfinals in double overtime. Fast forward a week. They ended up beating second-seed Blue Mountain in–you guessed it–double overtime.

There was a chill in the air at the Palmerton Area High School stadium as the Blue Mountain and Saucon boys teams took the field. Both teams knew what was at stake. The winner would go on to compete in the district finals, while the loser would head home.

Blue Mountain jumped on the scoreboard early. Only nine minutes into the game, a Blue Mountain player headed the ball into Saucon’s net.

But Saucon didn’t hang their heads and give up. They knew what was on the line, so they knew they had to fight to get ahead. With less than eight minutes left in the first half, junior Zack Mikuta scored, bringing the score to a 1-1 tie. Less than three minutes later, sophomore Colin Zyck brought Saucon ahead, with a score of 2-1 Saucon. The second goal took a lot of steam out of Blue Mountain in the last minutes of the first half.

One can only imagine what the coaches said to their respective teams at halftime, but whatever they said motivated them, because when the teams stepped on the field in the second half one could tell they were in it to win it.

Halfway into the second half, Blue Mountain scored, bringing the game to a tie (2-2) once again.

Despite numerous shots on goal, corner kicks and free kicks, no more goals were scored in regulation time.

The Saucon boys team is no stranger to overtime. They knew this was it. They had to play with composure, pressure the ball and have possession.

The first 15-minute overtime was chippy, with a lot of pushing and shoving, but no scoring.

If nothing was scored in the second overtime, the game would move to penalty kicks.

With only four minutes to go, things were looking bleak until Saucon earned a corner kick. Senior Jared Thatcher took advantage of the kick and drove it into Blue Mountain’s net, bringing the final score to 3-2 Saucon.

The Saucon fans went wild. Thatcher’s golden goal ensured that the team would move on to the District final game. When asked about his game-winning goal, Thatcher said, “I knew it was coming. We’ve been working on this at practice. I just had a feeling that this was it.”

Third-seeded Saucon will face off against unbeaten number one seed Northwestern at Emmaus on Thursday, Nov. 1 at 7 p.m. 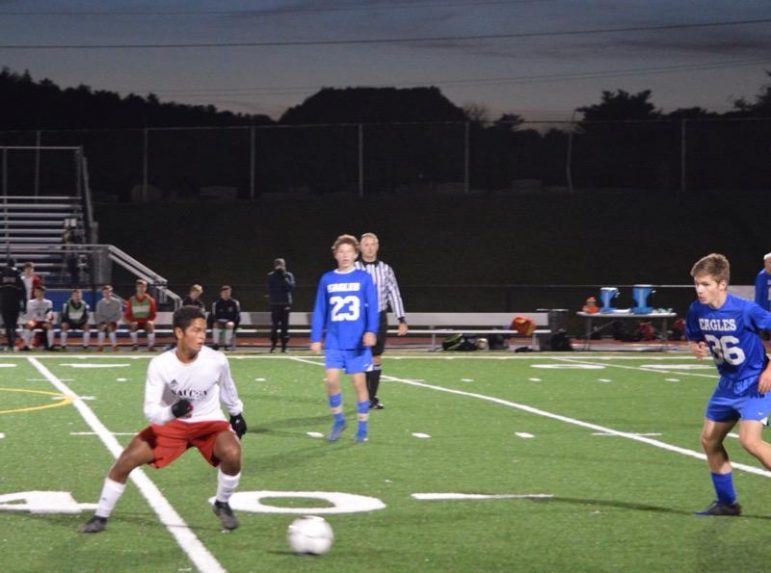 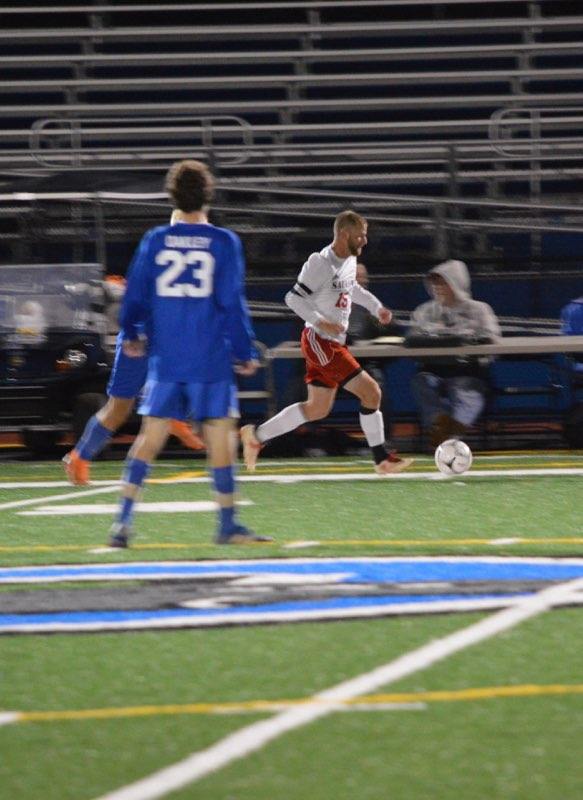 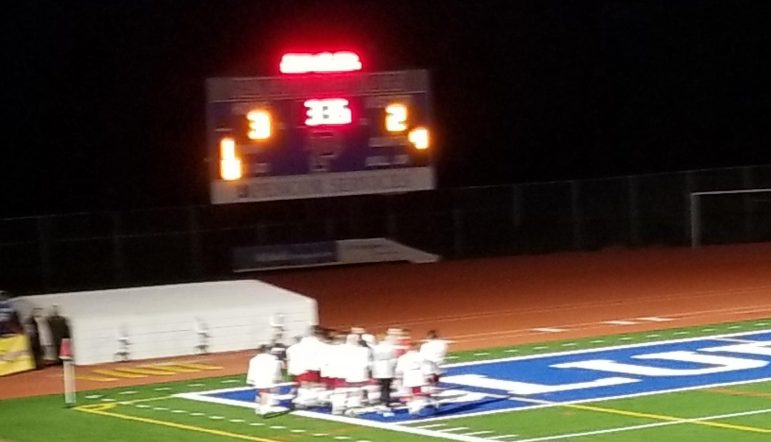 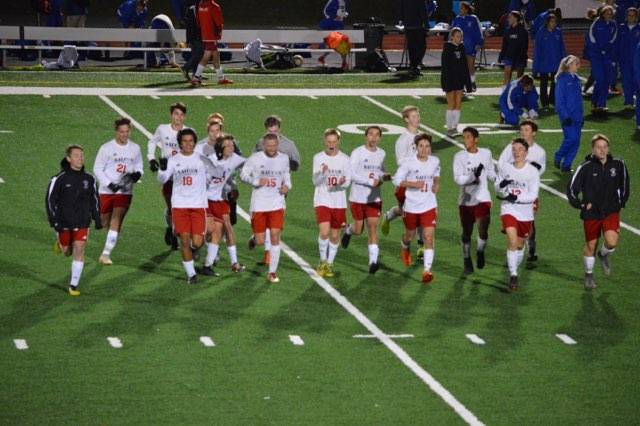 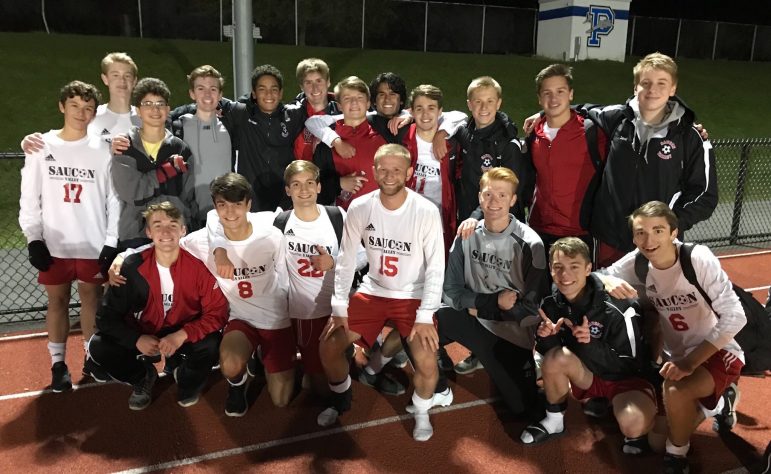 A happy Saucon team after their district semifinal victory.