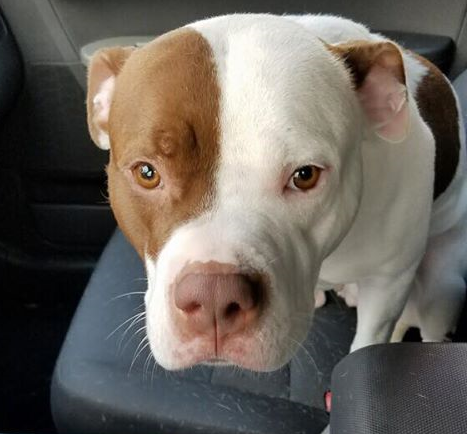 UPDATE: The Lower Saucon Township Police Department said Monday that the dog found running loose Saturday was immediately adopted after a 48-hour hold on her had expired. Police said they received an overwhelming response from people wanting to adopt her after her story was shared online.

A dog found running on Rt. 378 Saturday morning around 11 a.m. is now being cared for by the Lower Saucon Township Police Department at their kennel.

The dog–a female pit bull–was scanned at North Saucon Animal Hospital and is not microchipped. She was not wearing a collar or tags, either.

The resident who found her reported that she is also nursing.

Anyone with information about the dog should call township police at 610-759-2200.