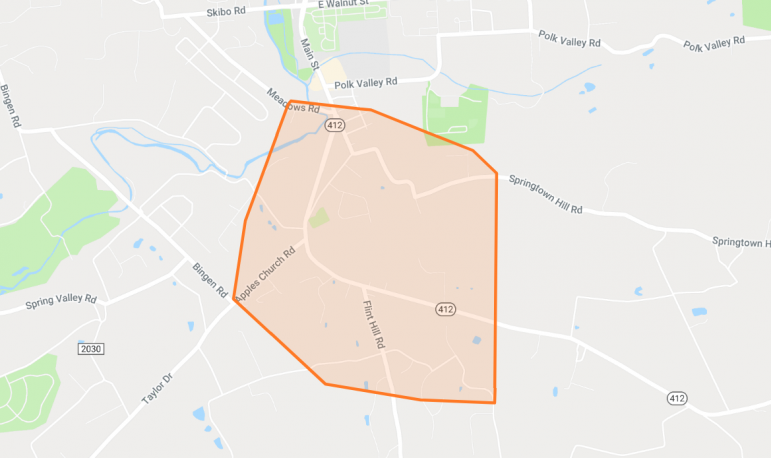 The PPL outage center map shows customers in the area around the Creekside Marketplace shopping center in Lower Saucon Township without power as of Saturday morning.

UPDATE: As of 11 a.m. some customers in the affected area reported that their power had been restored. There are conflicting reports about the cause of the outage, including a downed tree and a tripped breaker or blown fuse.

The same part of Lower Saucon Township that was affected by a power outage Wednesday–when a gas leak at a shopping center prompted PPL to cut electricity to hundreds of customers–is again without power Saturday morning.

According to PPL’s outage center map, 319 customers in the township in the area of the Creekside Marketplace (Giant) shopping center on Rt. 412 were without electricity as of 10:15 a.m. Homes and businesses along Leithsville Road, Apples Church Road, Springtown Hill Road, Mount Pleasant Road and other streets are affected.

According to the map, a cause for the outage is unavailable. However a nearby resident said he heard “two loud bangs” before the power went out.

The estimated restoration time for the affected area is 4:30 p.m. Saturday.

Around the time that the outage occurred, a line of snow showers crossed the area, and winds are currently gusting more than 25 mph, according to the National Weather Service.