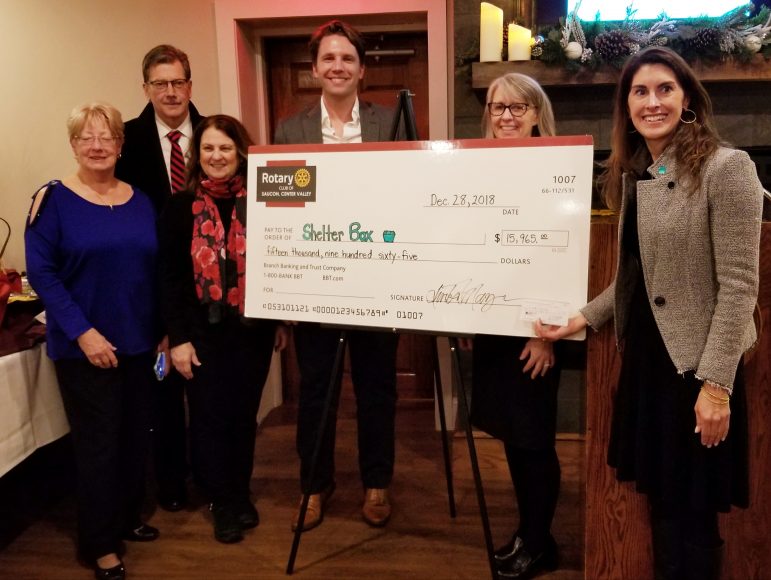 Kerri Murray, President of ShelterBox USA (right), is presented with a donation for nearly $16,000 by members of the Rotary Club of Saucon.

A Nobel Peace Prize-nominated global relief agency received a substantial donation from a local service organization during a presentation held Friday in the The Beam Yard Dining Room at Steel Club in Hellertown.

The Rotary Club of Saucon presented ShelterBox USA President Kerri Murray with a check for nearly $16,000, which will be used to purchase ShelterBoxes and other specialized emergency relief kits for victims of disasters in the U.S. and worldwide.

A ShelterBox costs $1,000, serves one family and was first developed as a Rotary millennial project 18 years ago.

Each ShelterBox includes collapsible temporary housing, tools, solar-powered lighting, cooking utensils, water purification supplies, mosquito nets, containers and other items we take for granted, but which are treasures for families who have lost everything–or nearly everything–in a hurricane, typhoon, earthquake, tsunami or other major disaster.

Along with polio eradication efforts, ShelterBox is one of the primary charities supported by Rotary International, and Saucon Rotary President Linda Mayger said the local, Center Valley-based chapter has raised $29,000 for ShelterBox over the past year.

The donation presented Friday included funds raised by a Dine ‘n Dance fundraiser held at Steel Club, at which an actual shelter from a ShelterBox was assembled and displayed. Doing that made the help ShelterBox provides disaster victims more tangible for attendees.

“At ShelterBox we are preparing every day for the absolute worst day ever,” Murray said at the presentation. 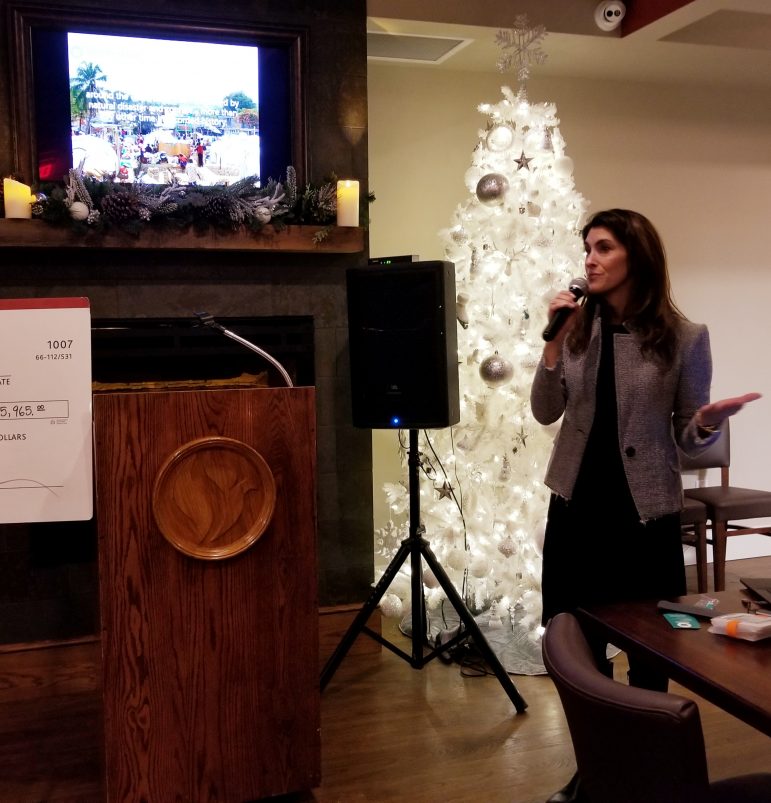 She noted that the 2010 earthquake and ensuing humanitarian crisis in Haiti led to one of the largest ever ShelterBox deployments. Since then ShelterBox volunteers have hit the ground in the U.S. in response to Hurricane Katrina, Hurricane Sandy, and most recently Hurricane Harvey, and in disaster zones in more than 100 countries worldwide.

They remain on the ground in Syria in response to the ongoing humanitarian crisis there, Murray said, adding that the organization also provides something called “Schools-in-a-Box” in countries like Syria, where access to education is limited due to ongoing conflict.

“Your gift is really meaningful and goes a long way,” she told the Rotary members. “We could not exist as an organization without the participation of Rotary.”

ShelterBox USA’s goal as part of its Vision for the Future campaign is to provide shelter to an estimated one million disaster victims by the year 2025.

To learn more about Rotary Club of Saucon, click here.

To learn more about ShelterBox USA and/or make a donation, click here. 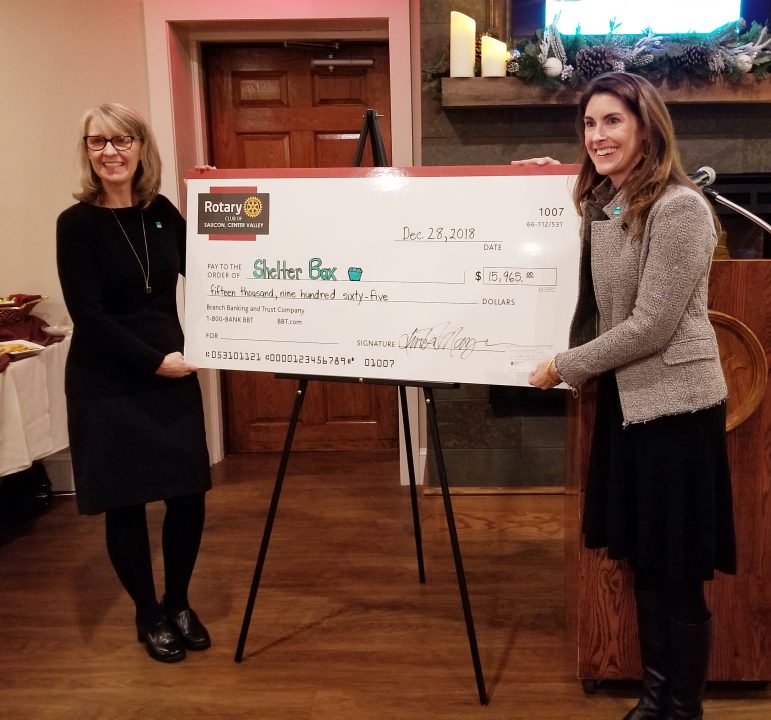