Note: The following is based on a news release from the Office of the Bucks County District Attorney.

A Quakertown man will serve time in state prison for what a judge who sentenced him to state prison called his “reign of terror” over a woman and her children. 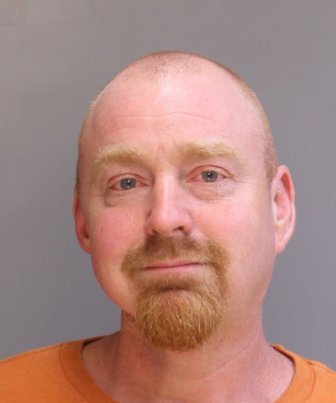 Abraham Benjamin Parise, 44, of Quakertown, was sentenced to state prison Friday for what a Bucks County judge called a ‘reign of terror’ he inflicted on his sexual abuse victims.

Abraham Benjamin Parise, 44, of Gross Road, was sentenced Friday to three to 10 years behind bars followed by four years of probation on sexual assault counts stemming from several incidents that arose during his long-running sexual abuse of a woman and her two daughters.

The abuse occurred in Richland Township, which was where charges were filed, according to court documents.

“Justice was served in this horrific case simply because of the bravery of these victims,” said Deputy District Attorney Kate Kohler. “Because of their determination to come forward, the defendant is behind bars and the community is a safer place.”

One victim, who was abused as a child, said in a written statement that she and her relatives reported the abuse to three pastors at their church to no avail. One pastor, she wrote, said they needed to be “willing to forgive” their abuser or “be judged by God.”

“I wish I would’ve spoken to the right people sooner,” she said.

According to court records, Parise pleaded guilty to the following misdemeanor counts in October:

He admitted Friday to an additional felony count of aggravated indecent assault.

In court for sentencing before Judge Gary B. Gilman, Parise blamed his behavior on an addiction to pornography. He reported that he has received counseling since his arrest through the same church that the oldest victim said advised her to “submit” to her abuser.

“I’m deeply regretful for my past actions,” Parise said. “I want forgiveness and I’m sorry.”

Judge Gilman lauded the victims for their courage in coming forward to speak against their abuser, saying he admired their courage.

Gilman called Parise’s behavior “outrageous” and “revolting,” describing it as a “reign of terror” inflicted upon the victims.

“It’s just not acceptable in any civilized society,” he said.

The judged added that he does not believe Parise understands the damage he has caused.

Prior to his sentencing Friday, Parise had been free on $50,000 unsecured bail, according to court documents.