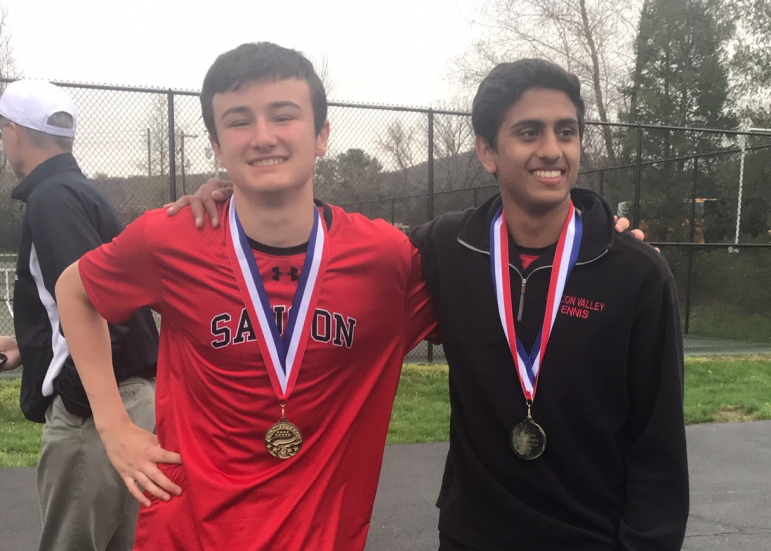 In the Colonial League championship, junior Michael Andres and senior Tej Laliwala both won gold medals for first and second tennis singles, each by defeating a Moravian Academy player. 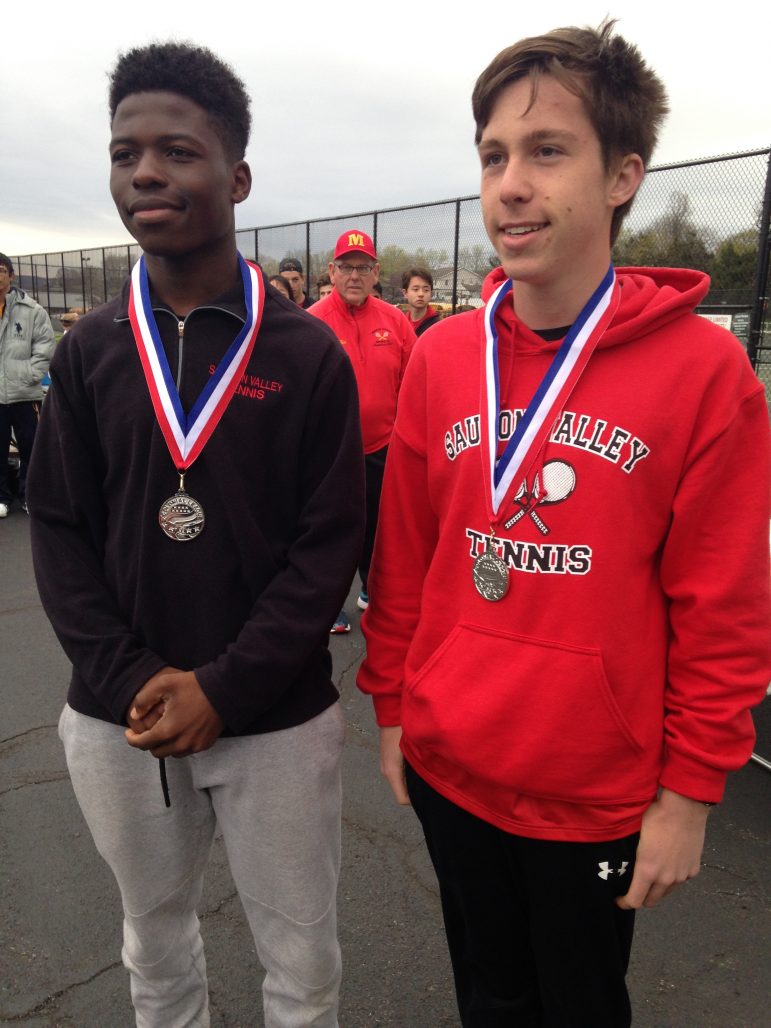 The last time Saucon Valley won two golds in the tournament was reportedly in the 1970s, a team parent said.

To view the 2019 team roster and more information, click here. 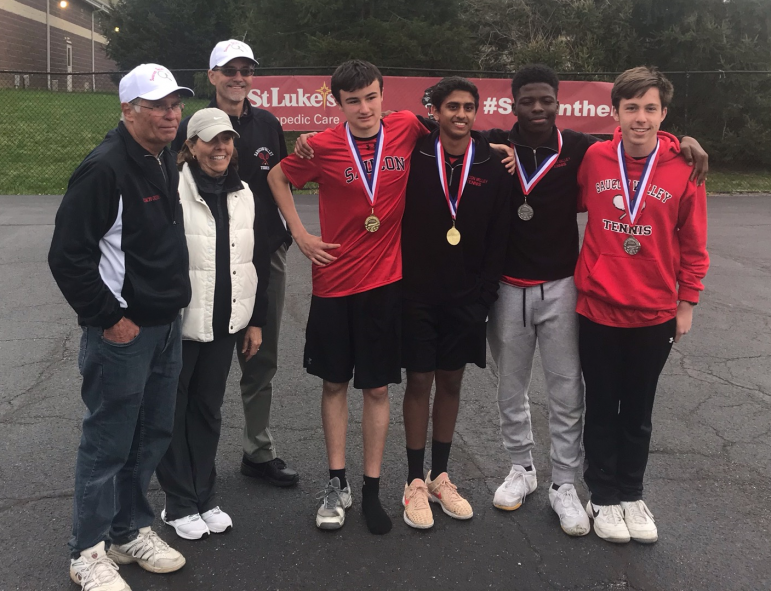