The 33-year-old truck driver who allegedly caused a wreck on I-78 in Upper Saucon Township that closed the highway, snarling traffic in parts of the area for hours Thursday, has been cited by Pennsylvania State Police at Fogelsville for following too closely, according to published media reports. 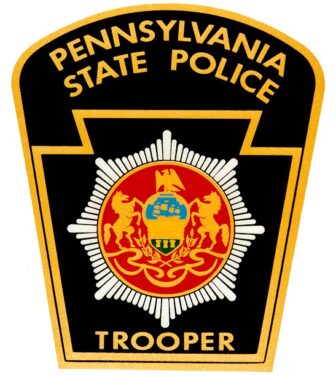 Lehigh Valley Live reported Friday that David W. Brubaker, of Lebanon, was driving a 2011 Kenworth Northwest T600 eastbound when he allegedly struck the back of a tractor-trailer, causing its driver to lose control, crash through the concrete median barrier and fall over sideways, which resulted in complete blockage of the westbound lanes of travel near the Rt. 309 split.

Brubaker suffered a minor injury and was taken to Lehigh Valley Hospital-Cedar Crest for treatment along with the driver of a westbound Honda Pilot who swerved off the road to avoid striking the overturned truck, Lehigh Valley Live reported, while the driver of the Freightliner tractor-trailer he allegedly struck was not injured.

WFMZ.com reported that after Brubaker allegedly struck the tractor-trailer that crossed over the median, he continued eastbound and sideswiped another vehicle before coming to a stop on the road’s left shoulder.

A total of four people were treated at the hospital for minor injuries, the news website reported.

The Morning Call reported that the accident occurred at 3:14 p.m. near the Summit Lawn exit, which is at mile marker 59.9 approaching the point where Rt. 309 diverges from I-78.

In the ensuing rush hour, various Saucon Valley roads such as Friedensville Road, Mountain Drive, Rt. 378 and Seidersville Road became heavily congested with traffic that had diverted off the highway, which resulted in lengthy backups and prompted the Lower Saucon Township Police Department to issue a traffic notification via their Crimewatch site.

According to Northampton County court records, in August of last year Brubaker pleaded guilty to several traffic violations in Lower Nazareth Township, in a case in which the arresting agency was Pennsylvania State Police at Belfast:

All of the violations were summary offenses, according to records, which indicate that Brubaker was ordered to pay court costs and fines.