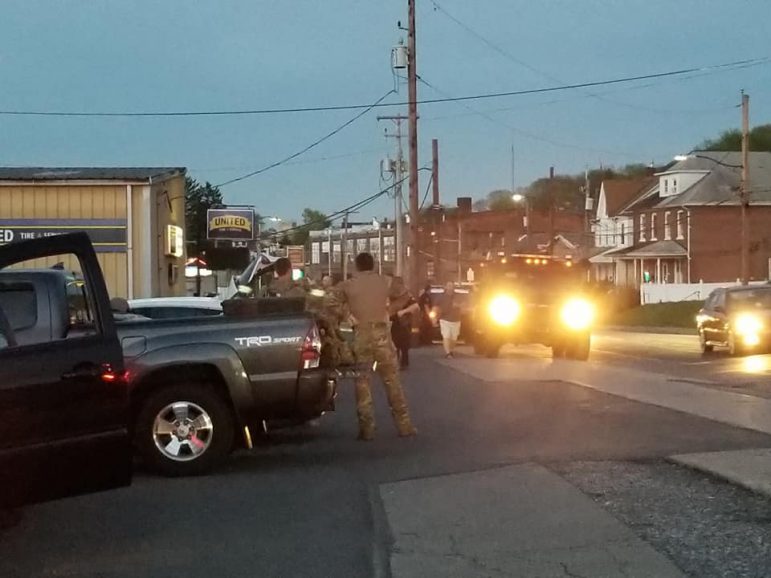 Members of an emergency response team gear up near the corner of N. Hoffert Street and Broadway just before Broadway was closed to traffic as authorities dealt with a standoff situation in Fountain Hill borough Saturday night.

A standoff with a man who had reportedly barricaded himself inside a Cherokee Street home in Fountain Hill borough Saturday night ended with the man safely in custody, but authorities feared the man would find an AR-15 rifle in the house as they tried to get him to come out, a report published Monday indicates.

According to the story published by Lehigh Valley Live, Robert Jones, 31, no address given, was not supposed to be inside the home at 1020 Cherokee Street, and the standoff began when he refused to communicate or come outside, in spite of what became a large police presence that included officers and tactical units from throughout Lehigh County.

The two-hour standoff rattled many who live in the densely-populated neighborhood. 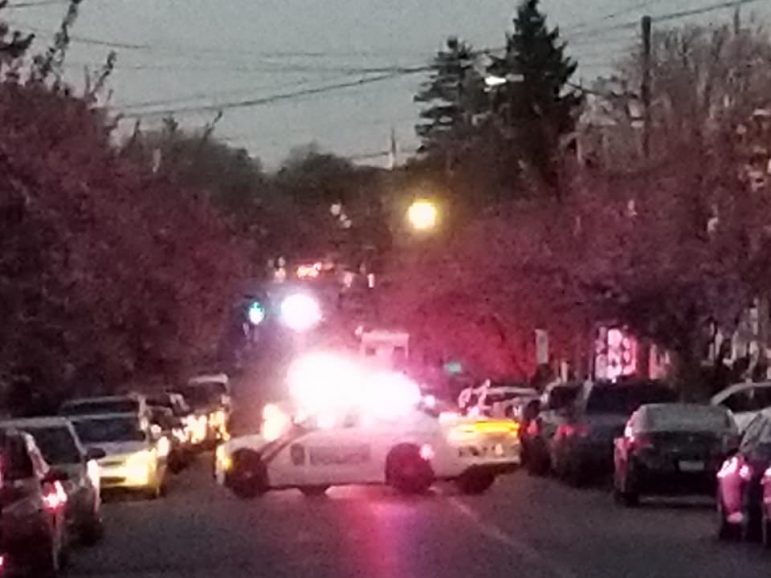 A police car blocks Cherokee Street in front of the home police say Robert Jones, 31, refused to come out of Saturday night. Jones refusal to come out of the home or communicate with police combined with the fact that there was a firearm inside it sparked a standoff that drew dozens of responders to Fountain Hill borough and resulted in road closures and anxious moments for neighbors.

It ended when police noticed that Jones–who Fountain Hill Police Chief Ed Bachert said is being treated for mental health issues as of Monday–wasn’t paying attention, entered the home and took him into custody without incident, Lehigh Valley Live reported.

The entire standoff lasted approximately two hours, from about 7:30 to 9:30 p.m., and resulted in roads being closed and traffic detoured in the area around the home. 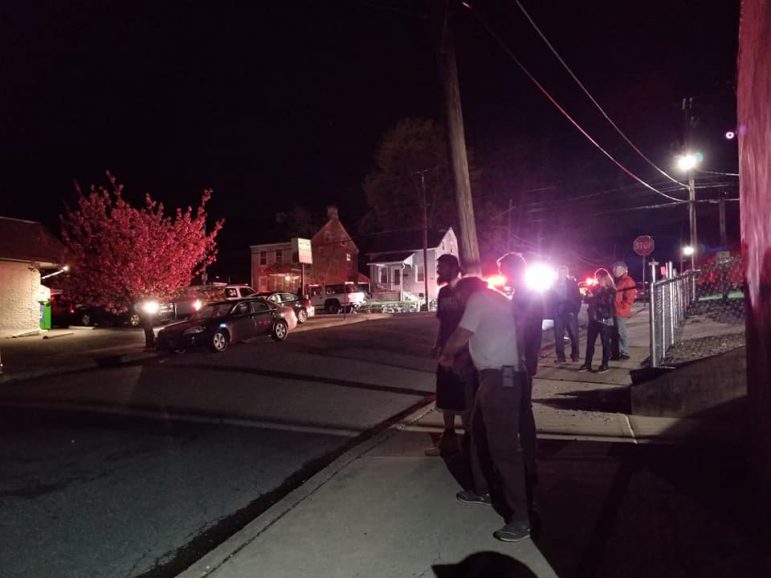 Residents watch police and wait along the west side of N. Hoffert Street in Fountain Hill borough Saturday night. Broadway, Cherokee and Seneca streets were closed at N. Hoffert after authorities established a perimeter around 1020 Cherokee Street, while they tried to communicate with a man inside who was believed to possibly be a danger to himself and/or others.

Some residents were told to evacuate their homes, while others who were outside were ordered to return home after authorities established a perimeter as part of their response.

Saucon Source was one of the first local media outlets to report that significant police activity was occurring in the area of Broadway and Cherokee Streets, near N. Hoffert Street, and posted both live video and photos to its Facebook page during the standoff.