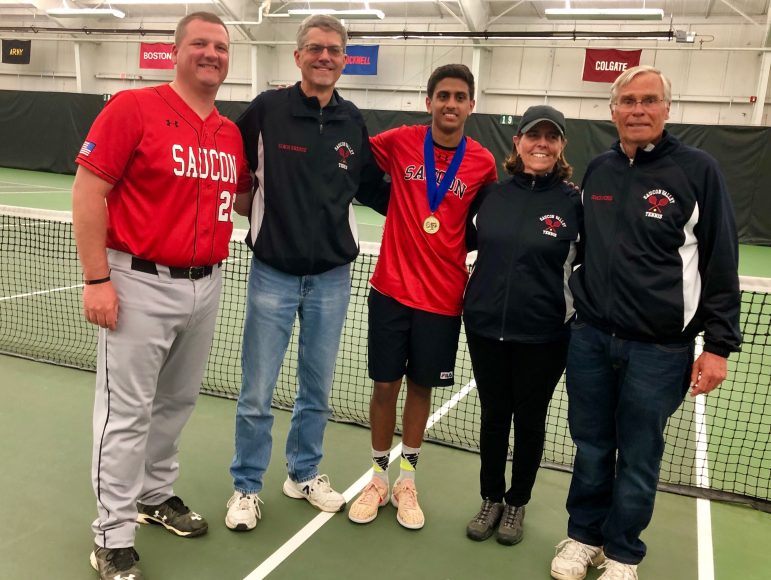 The title is just the latest to be won by Laliwala, who last week won a gold medal in the Colonial League first tennis singles championship. Saucon junior Michael Andres also won gold, with both boys defeating a Moravian Academy player to do so.

Up next for the Saucon boys tennis team is the District 11 Team Tournament, which is scheduled to start on Monday, April 29.

Laliwala will also advance to play District 7’s third-place finisher in the first round of the boys state tournament May 24 at 8:30 a.m. at the Hershey Racquet Club in Hershey, Lehigh Valley Live reported.

For Ochse the victory is extra special, as this is her final season coaching tennis, after 11 years as Saucon Valley’s head coach and a 38-year coaching career, the website also reported. 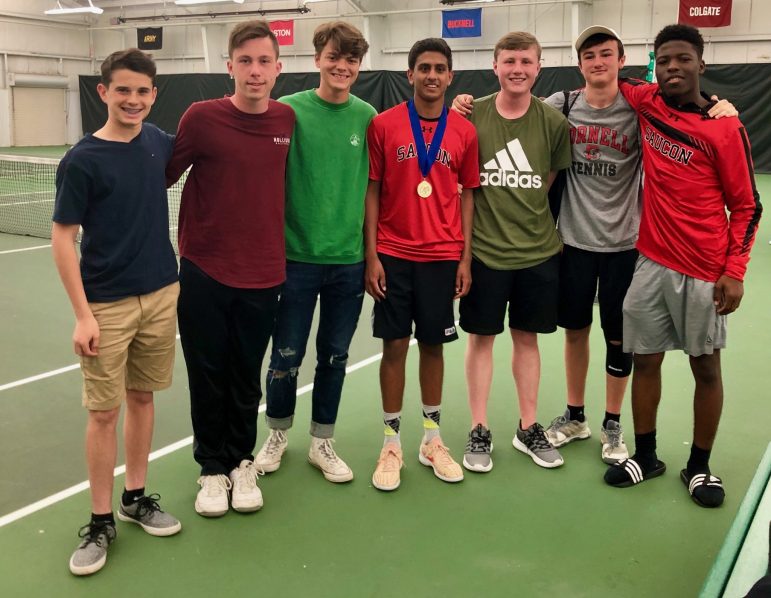 Pictured with Tej are his varsity teammates, from left to right: Greg Ackerman, Garrett VanHelmondt, Keegan Maykut, Tej Laliwala, Matthew Wagner, Michael Andres and Ofori Ohene. Up next for the talented team will be the District 11 Team Tournament, which is scheduled to start on Monday, April 29.