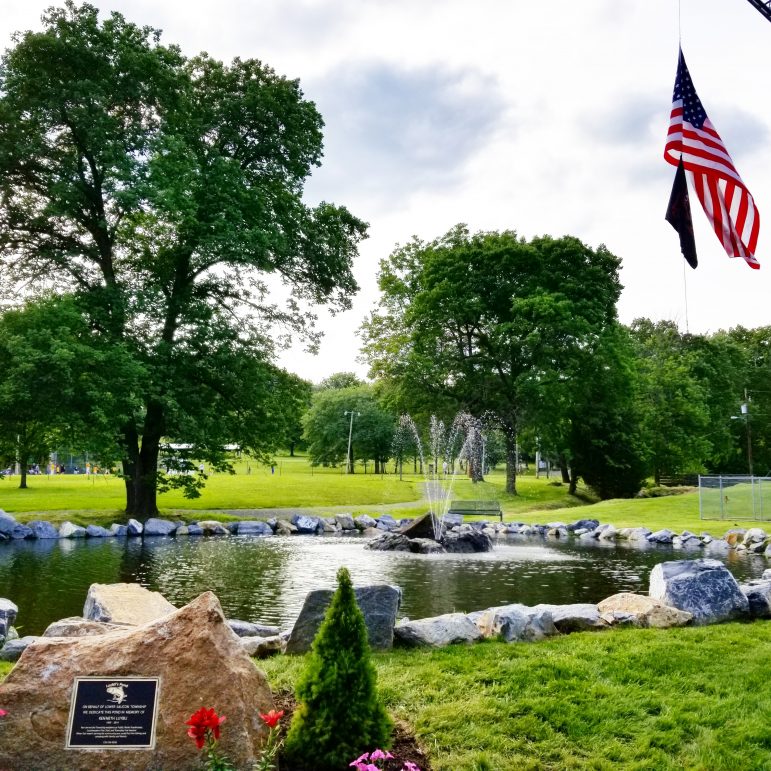 Luybli’s Pond is located at the entrance to Town Hall Park, which is behind the Lower Saucon Township municipal complex on Old Philadelphia Pike.

Dozens of people attended a special dedication ceremony for a beloved former Lower Saucon Township public servant and official that was held Wednesday evening at Town Hall Park behind the municipal complex.

“Luybli’s Pond” was created as a lasting tribute to the memory of Kenneth “Ken” Luybli, who died in May 2018 after filling various key leadership roles related to public safety in the township over a period of several decades.

The upgraded water feature is landscaped, ringed with boulders and has at its center a fountain that is illuminated at night. It is being stocked with fish that can be caught-and-released by licensed individuals, which is also a meaningful tribute to Luybli.

A boulder at the southeast corner of the pond now includes a plaque that was unveiled at the dedication ceremony. It bears the likeness of a leaping fish and reads:

On behalf of Lower Saucon Township we dedicate this pond in memory of Kenneth Luybli, 1959-2018. Ken served the Township residents as Public Works Roadmaster, Southeastern Fire Chief, and Township Fire Marshal. When Ken wasn’t serving his community you could find him fishing and camping with family and friends. 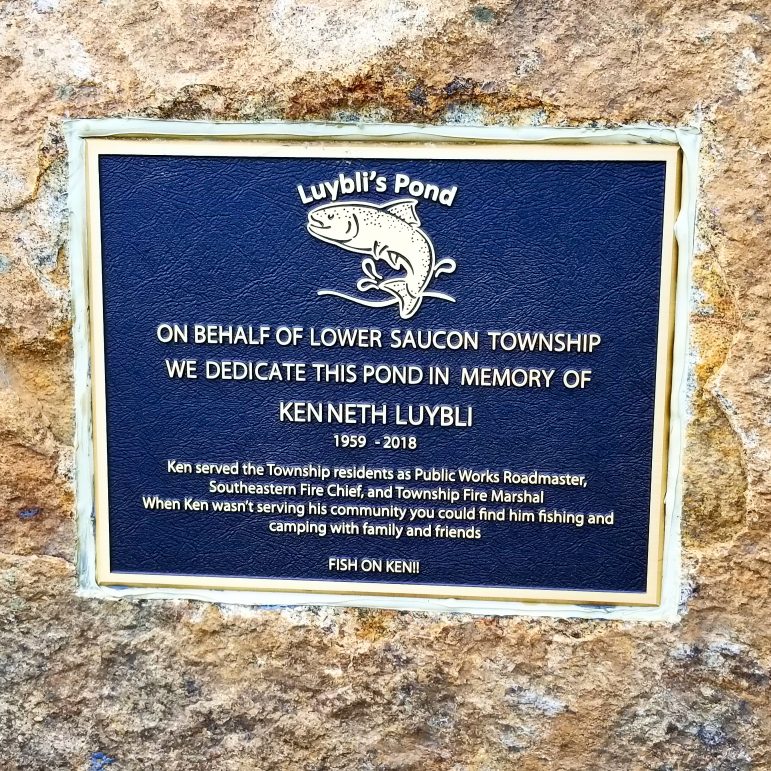 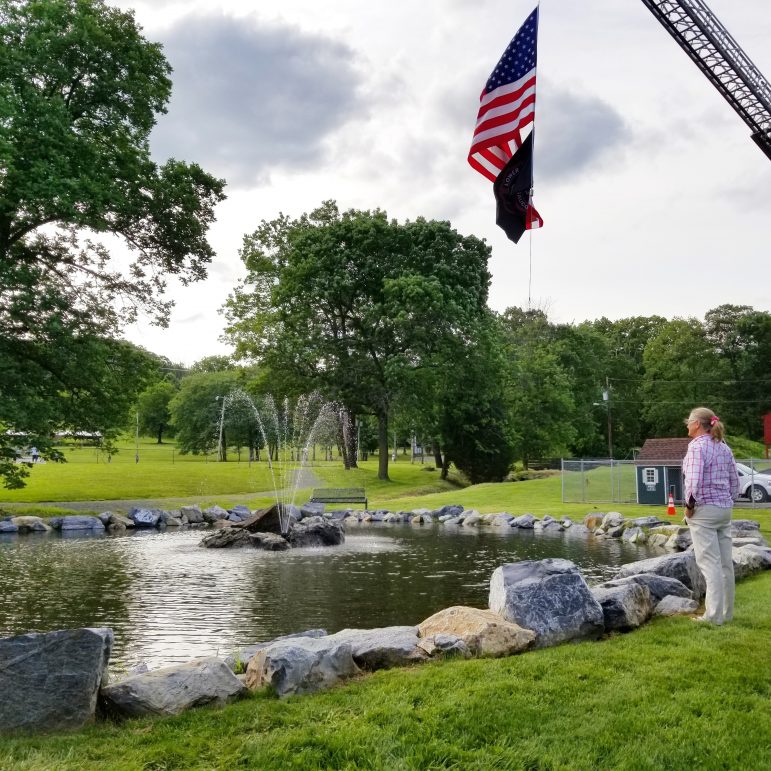 The American flag was hoisted high above the pond by a fire truck in tribute to the late Kenneth “Ken” Luybli, whose selfless service to Lower Saucon Township will long be remembered. 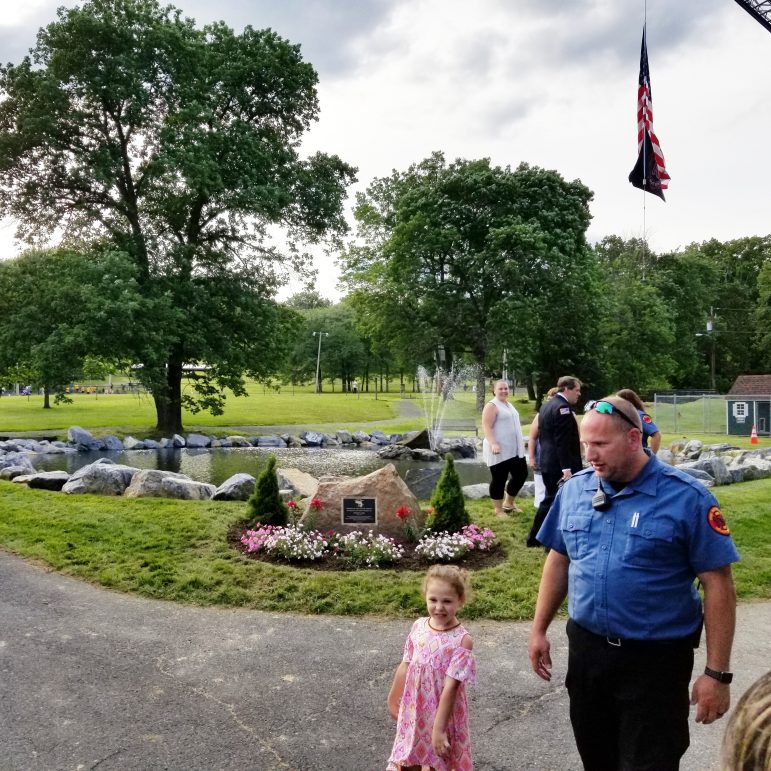 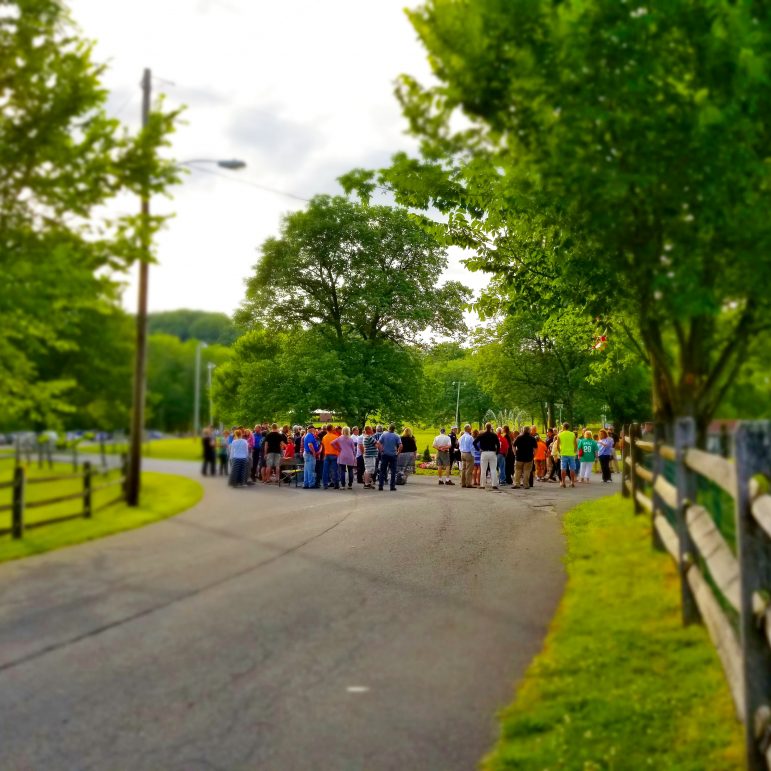