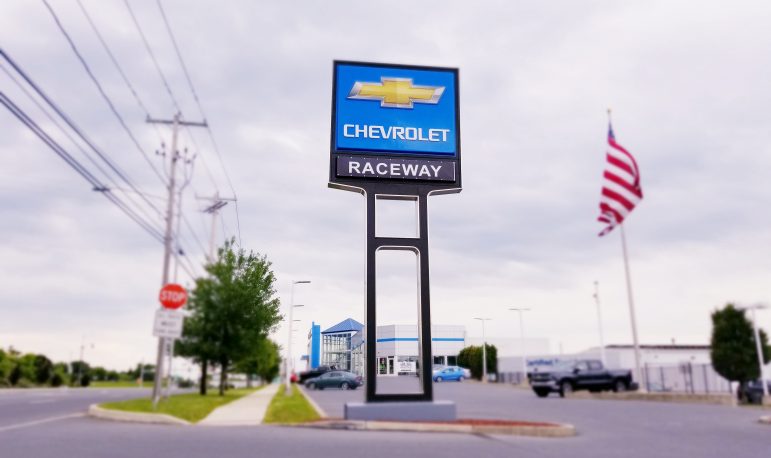 The new name on the sign outside what was formerly Chevy 21 on Hellertown Road in Bethlehem reflects the transfer of ownership that took effect June 10.

A landmark car dealership in the Hellertown area has a new owner and a new name.

Chevy 21 on Hellertown Road (Rt. 412) in Bethlehem is now Raceway Chevrolet of Bethlehem.

According to a news release published online last week, the Burlington Auto Group assumed ownership of the business without any interruption in sales and service June 10.

The Burlington Auto Group is based in Philadelphia and owned by Wayne Hileman, according to an August 2018 article published by Auto Remarketing.

“We’re excited for the opportunity to earn (Chevy 21 customers’) business,” said Raceway Chevrolet Vice President Jake Lebowitz in the news release. “We appreciate the public’s initial support, but still have to earn long-term loyalty, and we have a solid plan to do just that!”

Former Chevy 21 customers and new car buyers “can expect significant improvements throughout the dealership,” including a larger and more varied vehicle inventory, Lebowitz promised in the news release.

Lebowitz said the Burlington Auto Group’s large inventory at locations throughout the Northeast gives customers more choices and more control when selecting and buying a new or used vehicle.

“It’s like being able to shop multiple dealerships without leaving the showroom,” he said. “Anything you want, we’re going to get it, because we have access to 1,000 or more new vehicles.”

Raceway Chevy will continue Chevy 21’s well-known “Tires for Life” program and will introduce a new Lifetime Powertrain Warranty program, according to the PR Newswire announcement.

“We love the people here and the community is great,” Lebowitz said. “We think it’s a tremendous market.”

Chevy 21 was owned by businessman Jerry Horst for many years.

Horst became locally known for his television and radio commercials in which he promised, “If I can’t beat their price, I’ll just give you the car!” 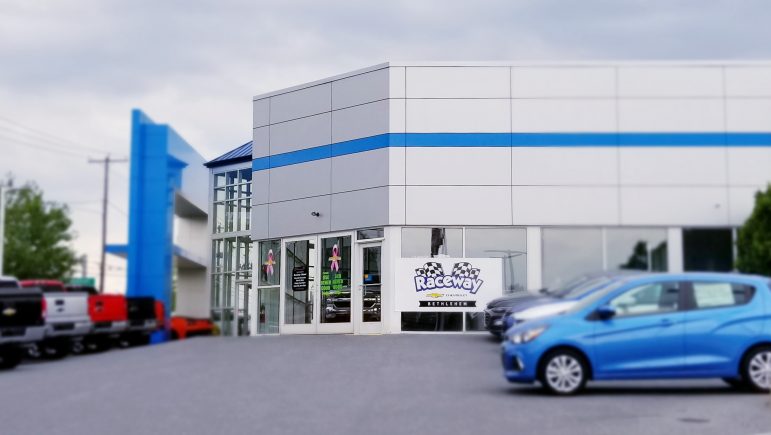 A sign on the window of the Raceway Chevrolet of Bethlehem dealership advertises the fact that it is under new ownership.