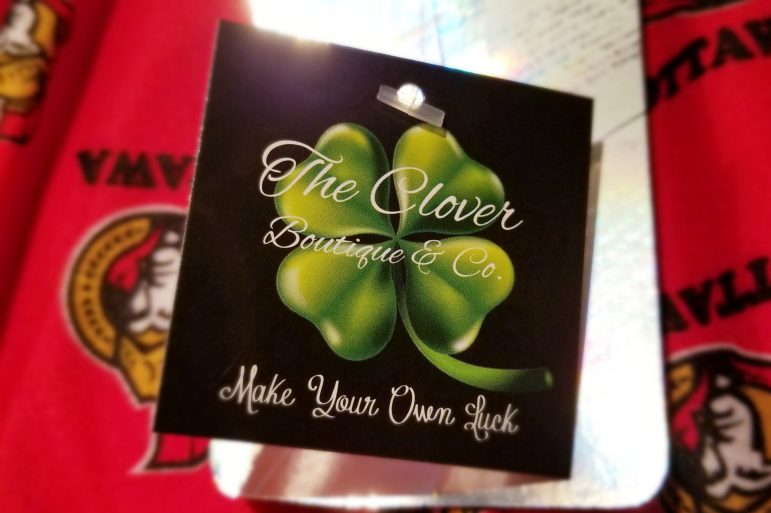 Items stocked by The Clover Boutique & Co. in Hellertown have tags that feature the business’s four-leafed clover logo and the mantra, “Make your own luck.”

If you’ve ever wished that a shop selling brand new men’s, women’s and children’s clothing along with toys, gifts, home decor, jewelry and more would open in Hellertown, your wish is about to come true.

The Clover Boutique & Co. is owner Simone Santana’s unique retail vision come to life, and it opens Monday, July 8, although there may be a soft opening the week of July 1, she said Tuesday.

Details about the opening will be announced on the store’s Facebook page and on a website–FourLeafBoutique.com–she expects to officially launch later this week.

Inside what was once a dentist’s office at 1160 Main Street, Santana has been hard at work since late last year creating a rustic yet modern shopping environment in which she said she hopes all visitors will feel comfortable. 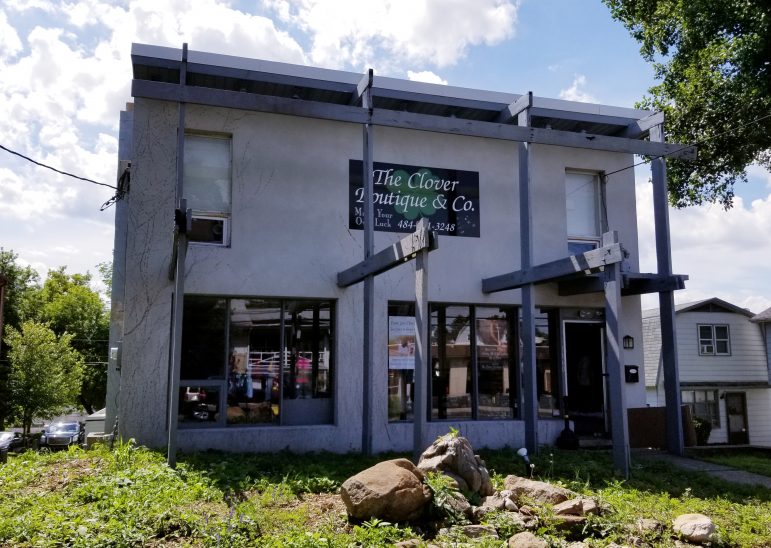 The building in which The Clover Boutique & Co. will open in early July formerly housed a dentist’s office. Owner Simone Santana said it was vacant for a number of years before she began renovating it last year.

“I did this because I love Hellertown,” she said of both the store and her months-long labor of love that will culminate with its opening.

The building that now houses the boutique was vacant for a number of years and required some extensive remodeling in order to be made ready for its closeup by Saucon Valley shoppers.

Santana’s belief in her vision of what it could be, however, never wavered.

Even the name of her business, she said, is a reflection of her belief in the power of folklore and her desire to bring luck and happiness to the community she will serve, which is her adopted hometown of Hellertown.

Santana, who grew up in Freemansburg, said she mainly socialized in Hellertown growing up, and lives there now.

“I just feel like this is home,” she said, adding that “getting rich” was not her main motivation for opening the The Clover Boutique & Co., since her family owns other businesses in which she’s already invested. “I mainly did this so that we can give back to the community.”

One way Santana plans to do that is by offering borough residents a 10 percent discount on their purchases. And shoppers from outside the borough won’t be left out of the savings club, either, since they will be able to sign up to receive discounts via the website, she said. 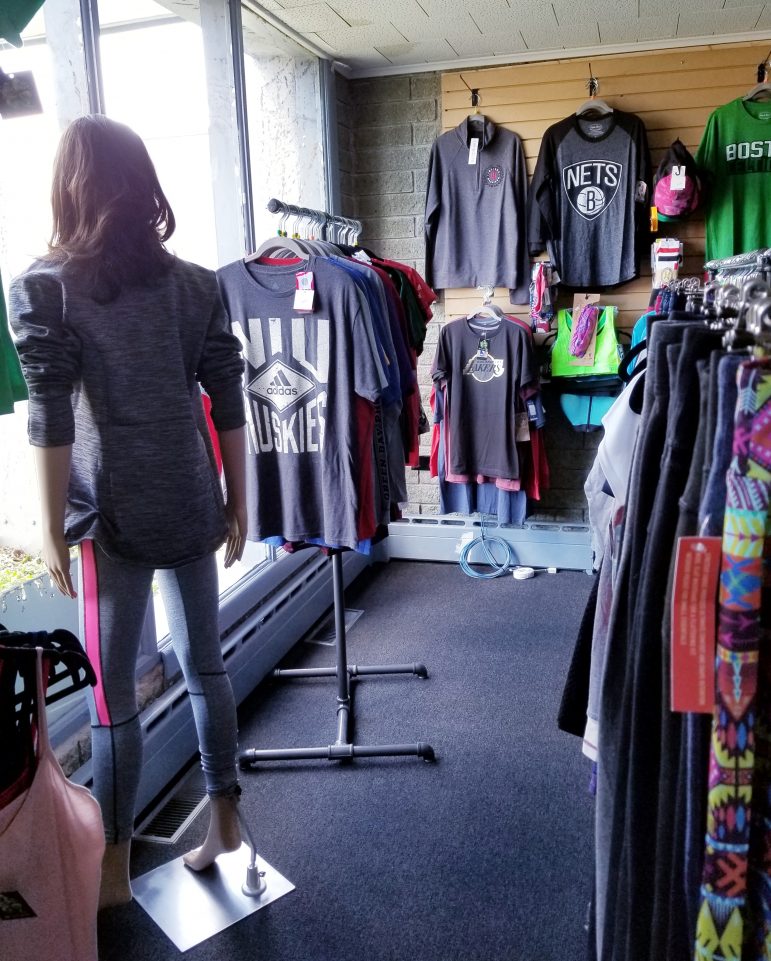 Inside The Clover Boutique & Co. shoppers will find new men’s, women’s and children’s clothing in a variety of styles and sizes. Owner Simone Santana has stocked the new store with athletic wear, casual wear, dressy apparel, shoes, hats, jewelry, accessories and even wigs.

The merchandise Santana is selling is also priced affordably, she said, because she feels everyone should be able to treat themselves to something nice.

“I’m hoping I can entertain people with even the weakest of budgets,” she said.

She stressed that The Clover Boutique & Co. is neither a thrift store nor a consignment shop.

In fact, shoppers will find well-known brand names on their racks, such as Levi’s, Gap, Calvin Klein, NHL Official, Cat & Jack and The Children’s Place.

And because Santana wants to appeal to every taste, budget and size, the racks don’t simply have the most common sizes of clothing on them. For men, for example, she said she will offer clothing sizes up to 13 XL.

In the future she plans to sell formalwear and her own line of clothing that will be manufactured locally thanks to connections she has with area seamstresses.

“I always had a passion, actually, for creating my own clothes,” Santana said of her fashion designs.

She estimated that apparel carrying “The Clover” label will be available for purchase sometime next year.

Before then, she also plans to open a downstairs section of the store that will be called “The Clover After Hours.” There, Santana said, she will conduct separate sales of lingerie and other items that would be a bit too risque to sell upstairs, in the main store, which also has a children’s area.

The Clover After Hours will be for patrons 18 and over, she stressed, and there will be a separate website for its inventory.

A few of the other items she’s planning to sell at The Clover Boutique & Co. are skateboarding and bicycling clothing and accessories, dive suits, bikinis, bathing suits and motorcycle attire, as well as seasonal items.

“Everybody needs to be able to find something to like and to feel comfortable while they’re shopping,” Santana stressed in describing her retail philosophy. “As long as you’re happy and you’re enjoying it, screw what anybody else says.”

The Clover & Co. Boutique will be open Monday through Friday from 10 a.m. to 7 p.m. and Saturdays from 11 a.m. to 5 p.m. to start. By the end of the summer, Santana said she will add Sunday hours.

The store will accept all major credit cards, and there is parking in a lot next door that is going to be smoothly paved after the boutique opens.

Handicapped parking is available behind the store and there is on-street parking available in front of it.

For opening day, Santana said she plans to offer finger foods and champagne for adults 21 and over as well as kid-friendly foods like popcorn and cotton candy. Snacks for kids will always be available, she said, as a courtesy to shoppers and their families.

The store also has a handicapped-accessible public restroom which Santana said she didn’t have to install according to the building code. She wanted to have a public restroom in-store because as a mother herself, she said she always hated having to leave a shop to go find a bathroom for her child.

Now grown up, Santana’s daughter Alexus will be an employee of The Clover Boutique & Co., along with a good friend, Xiomada Colon, who will be employed there full-time.

Santana said she’ll mainly be in the store in the afternoon, but will always be in the area and readily accessible if someone needs to get in touch with her.

“I believe in doing everything local,” she said, and with that in mind, she also plans to host and help with fundraisers to benefit the community.

“There are still quite a few things–surprises–to come,” she added. 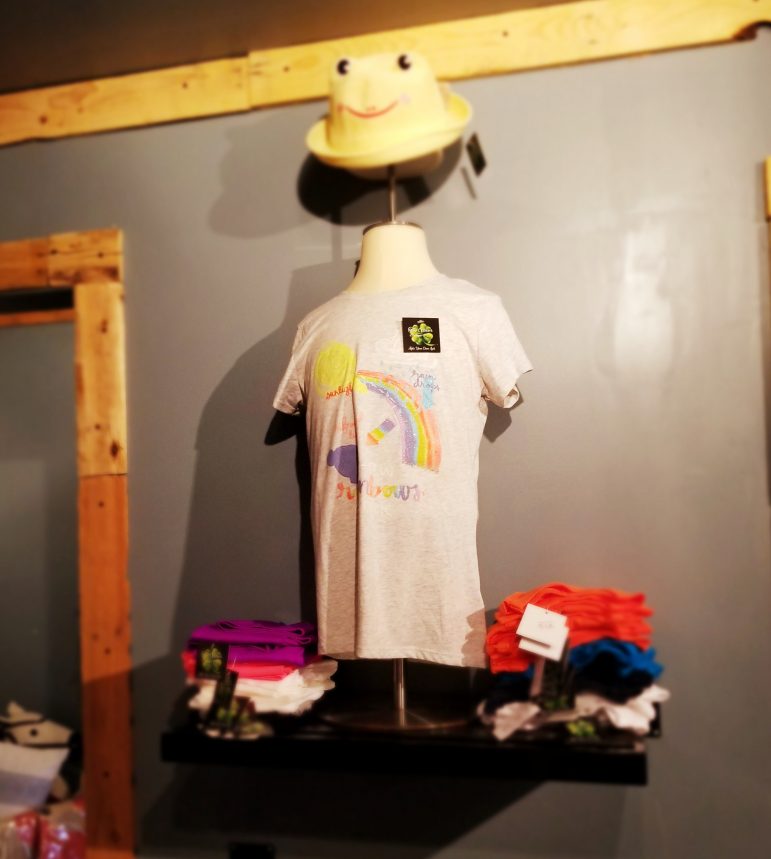 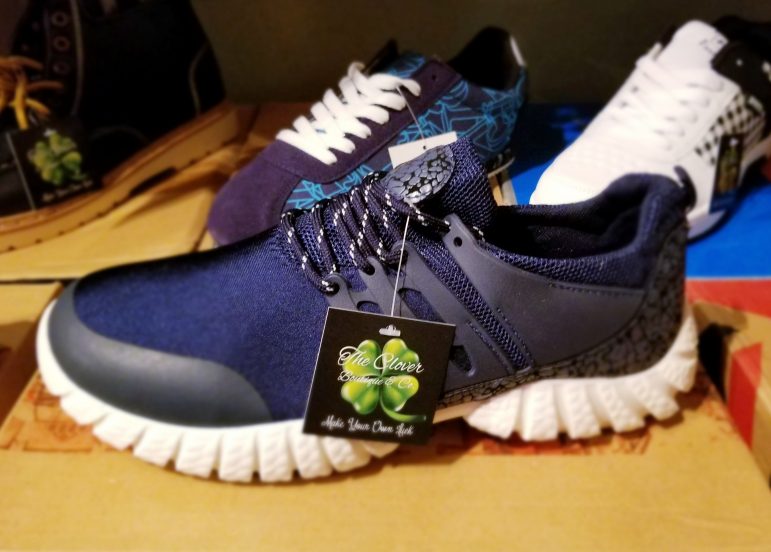 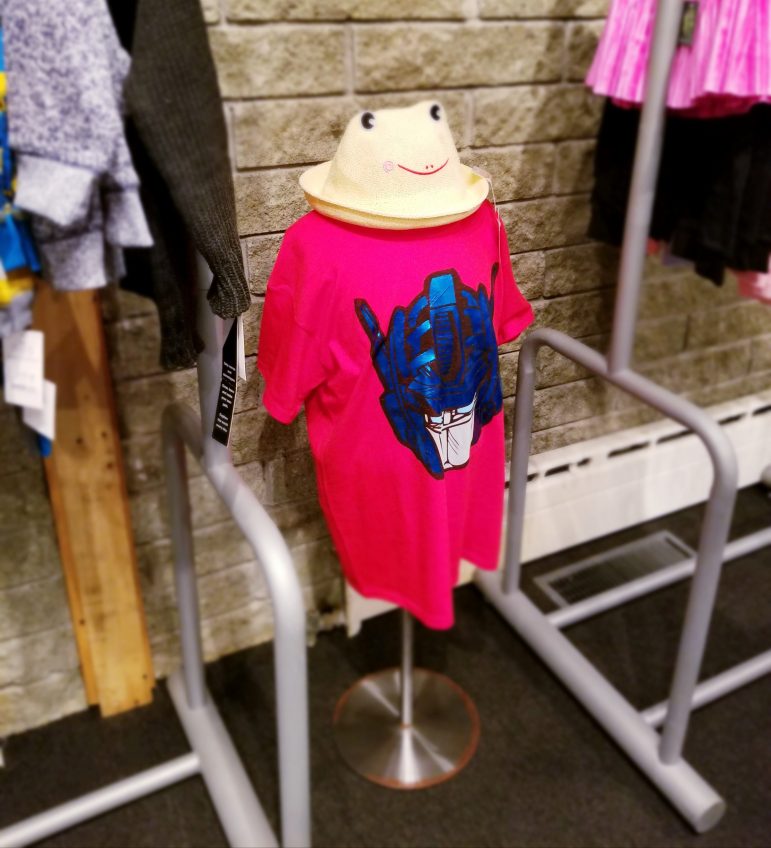 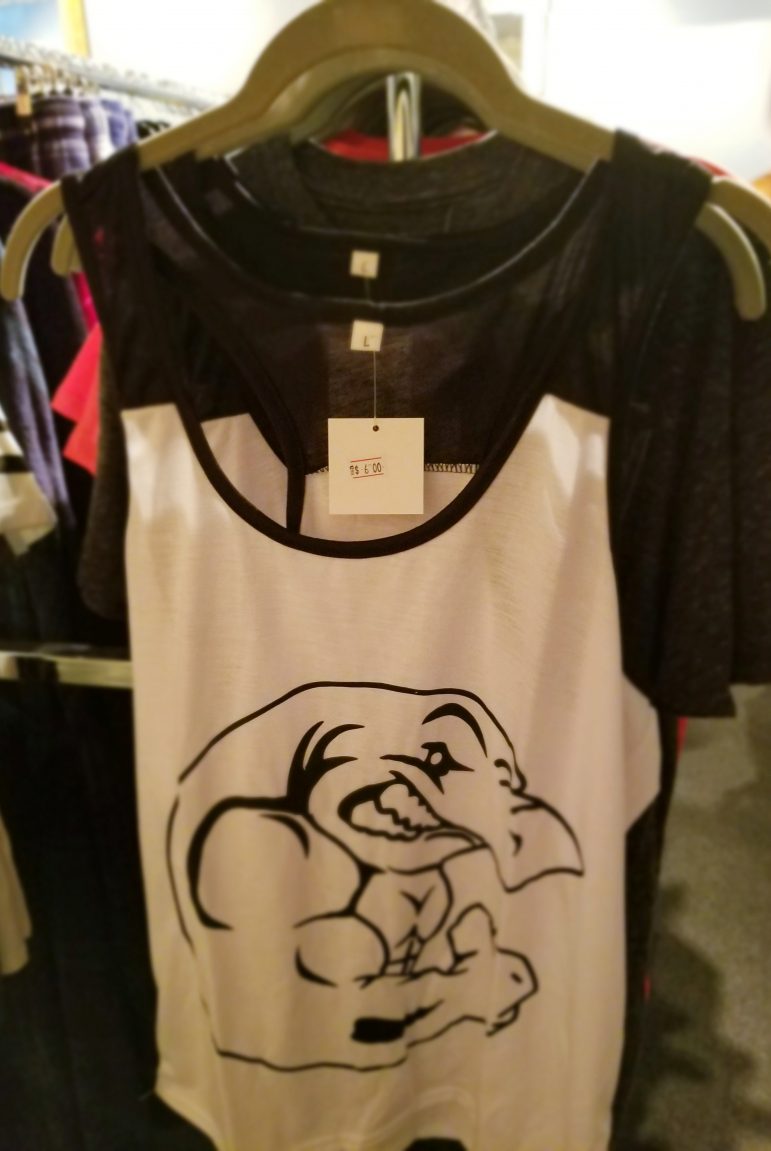 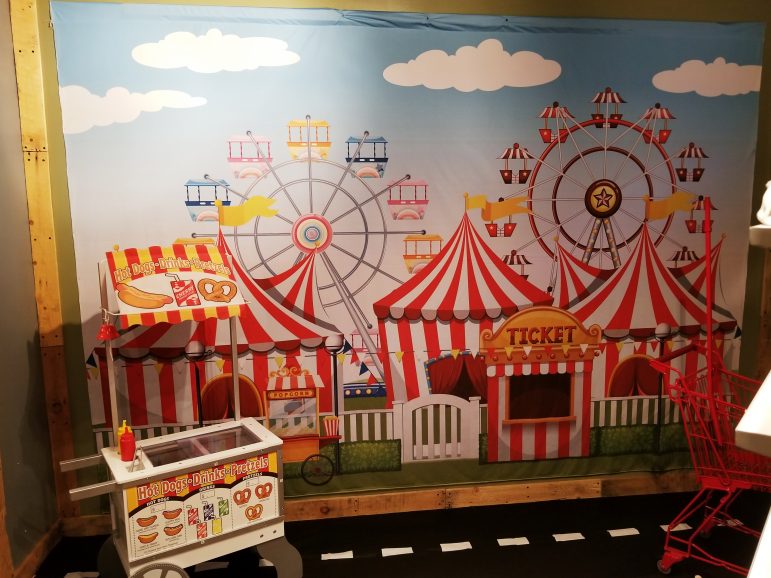 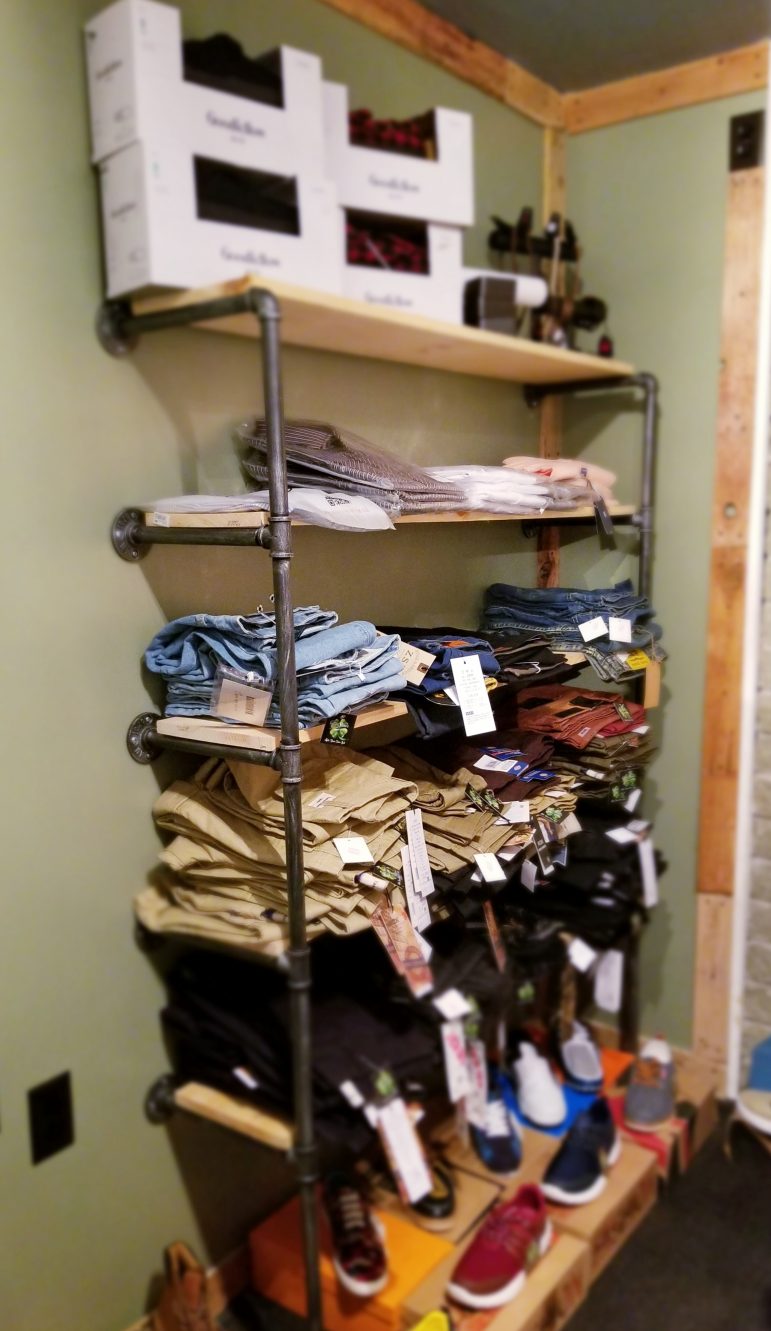 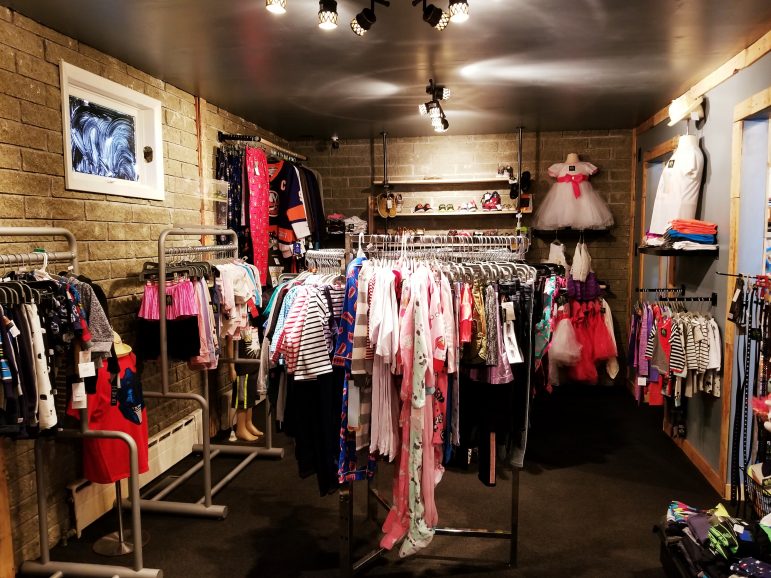 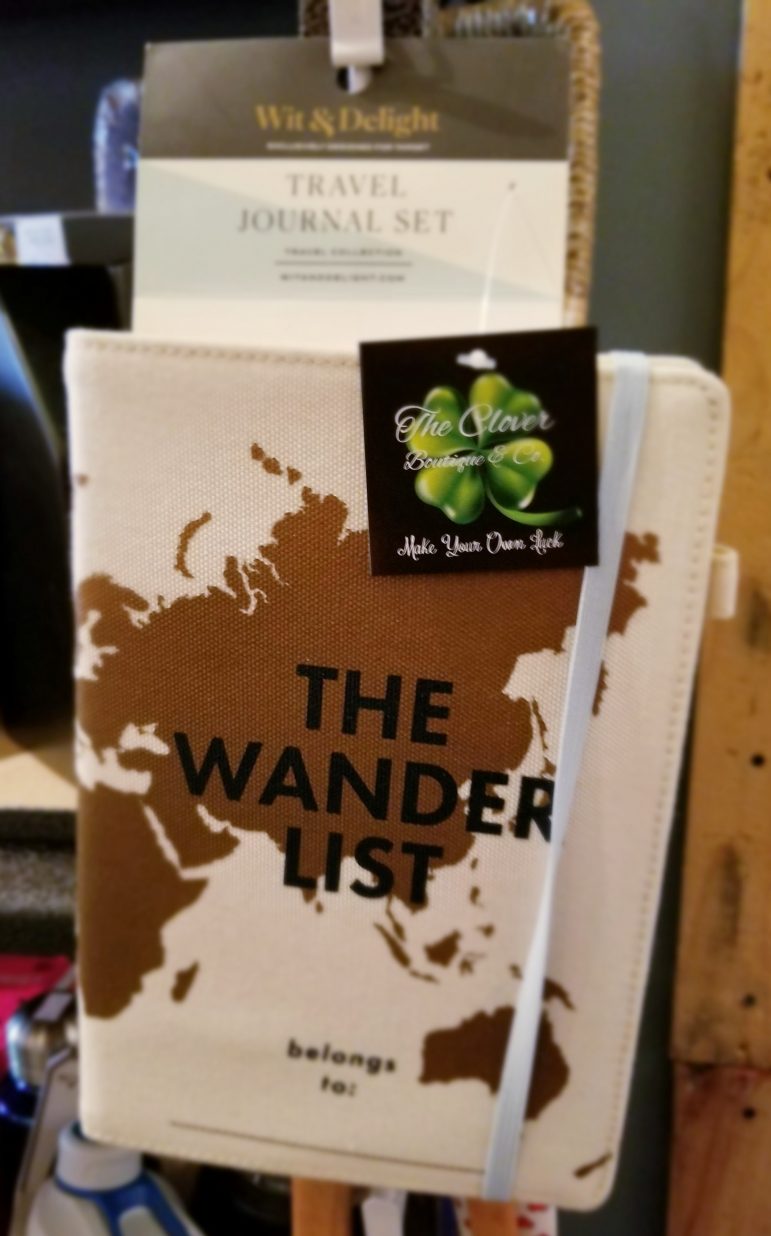 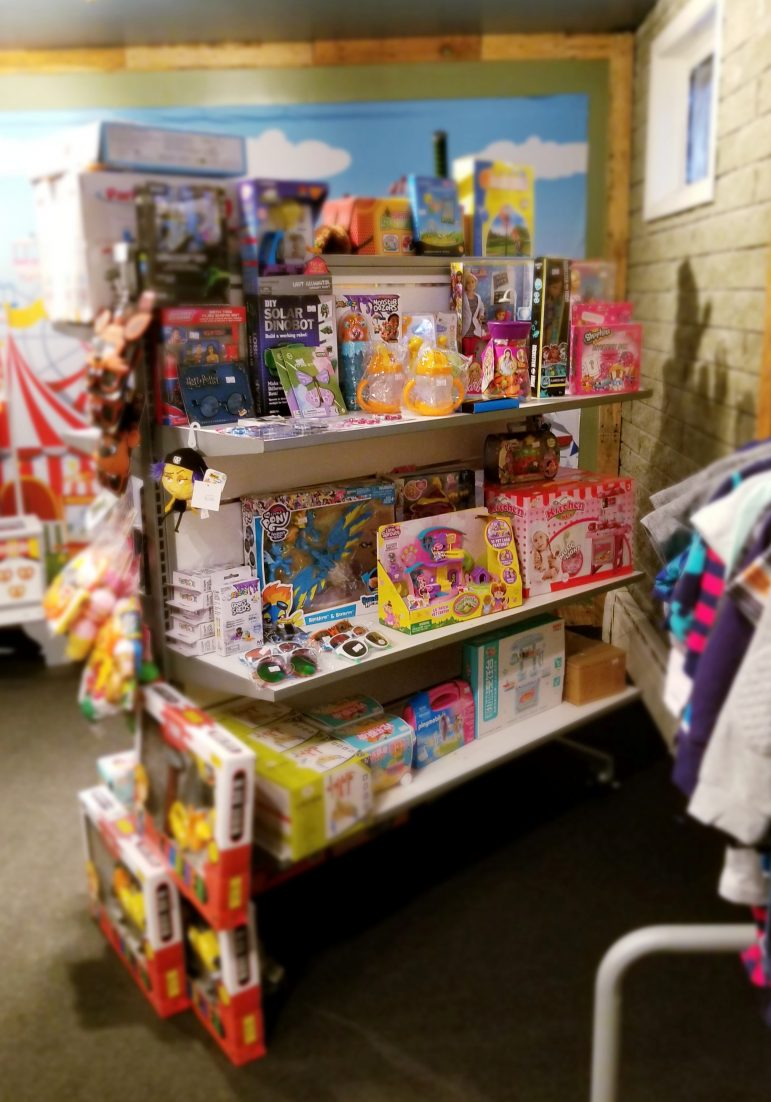 The children’s room inside The Clover Boutique & Co. includes a wall-size mural, toy section and much more to appeal to little ones. 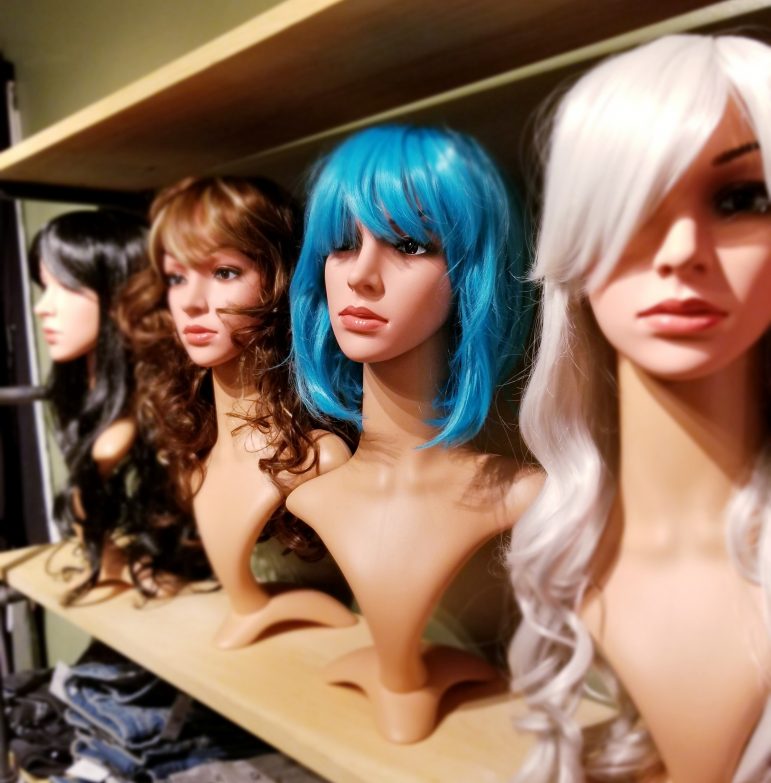 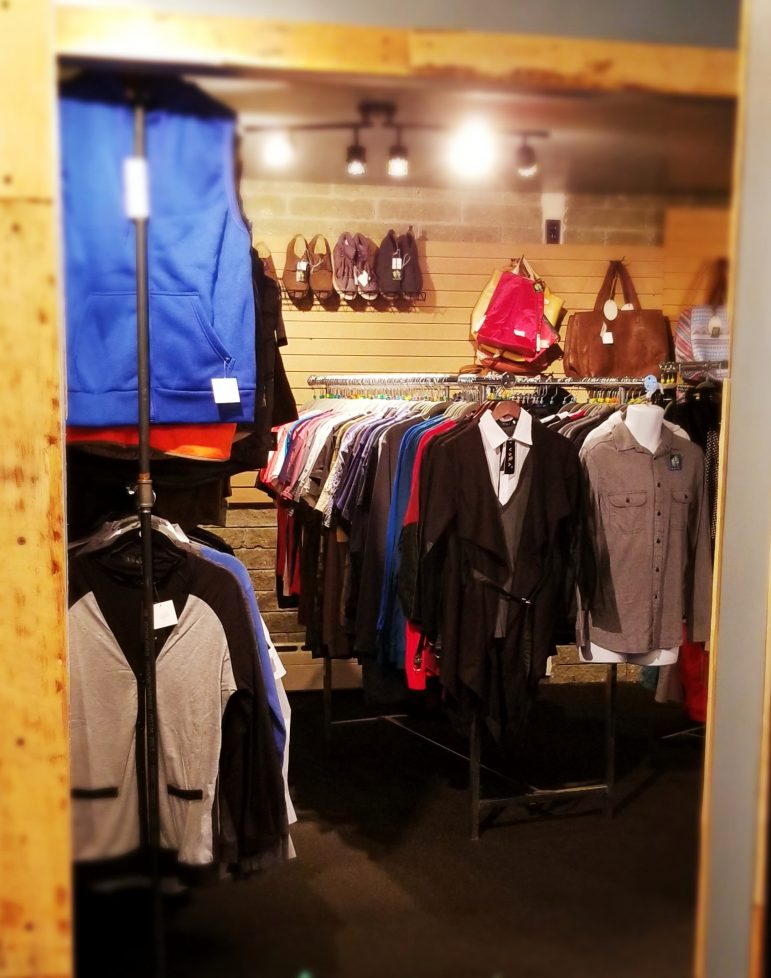 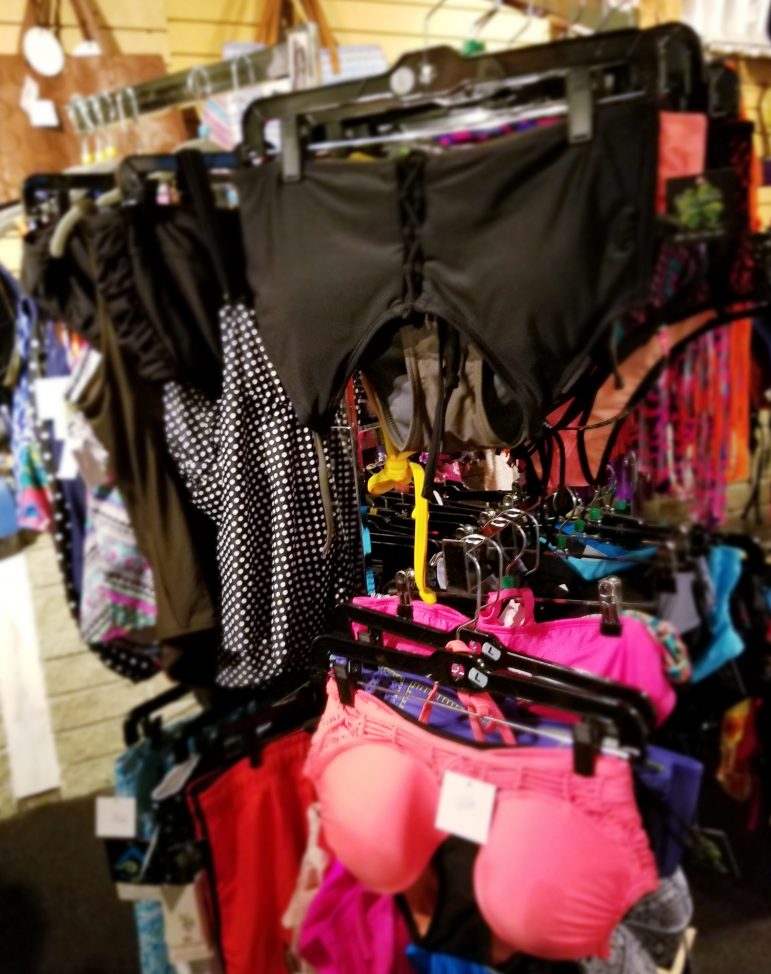 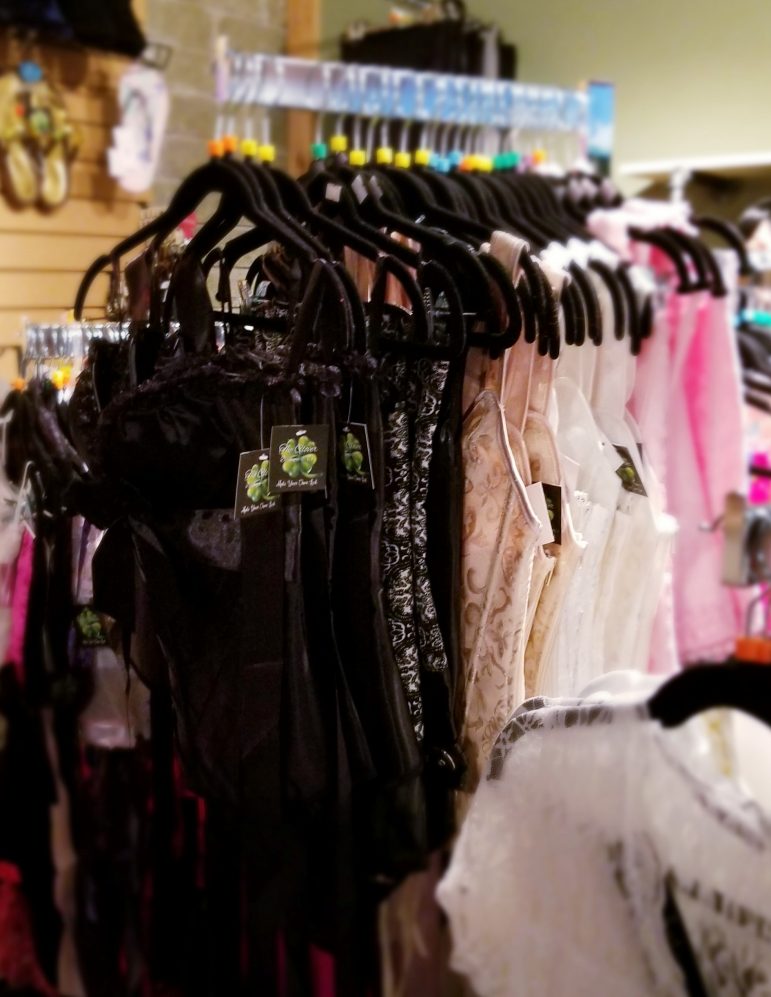 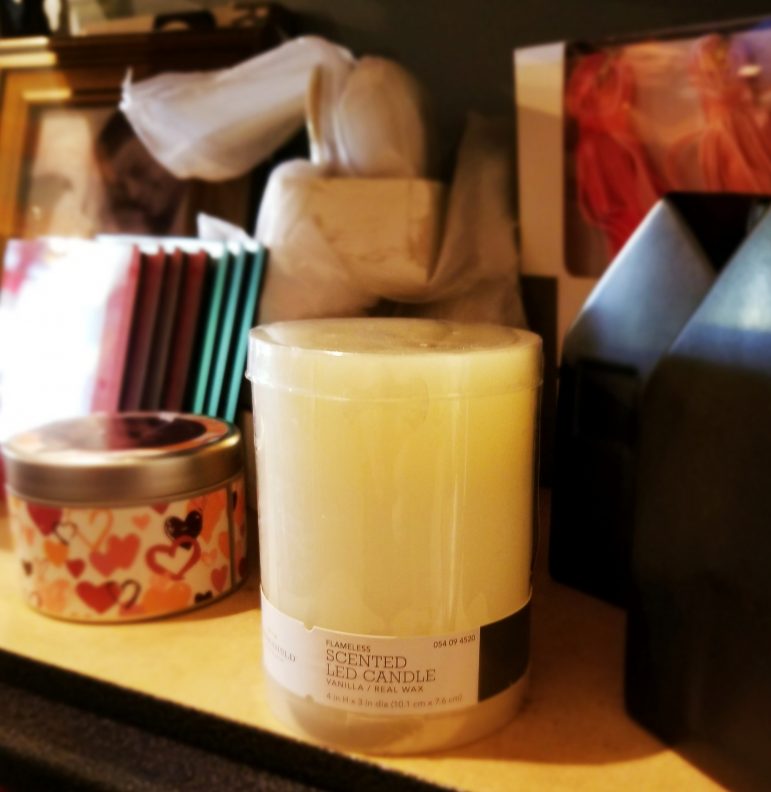 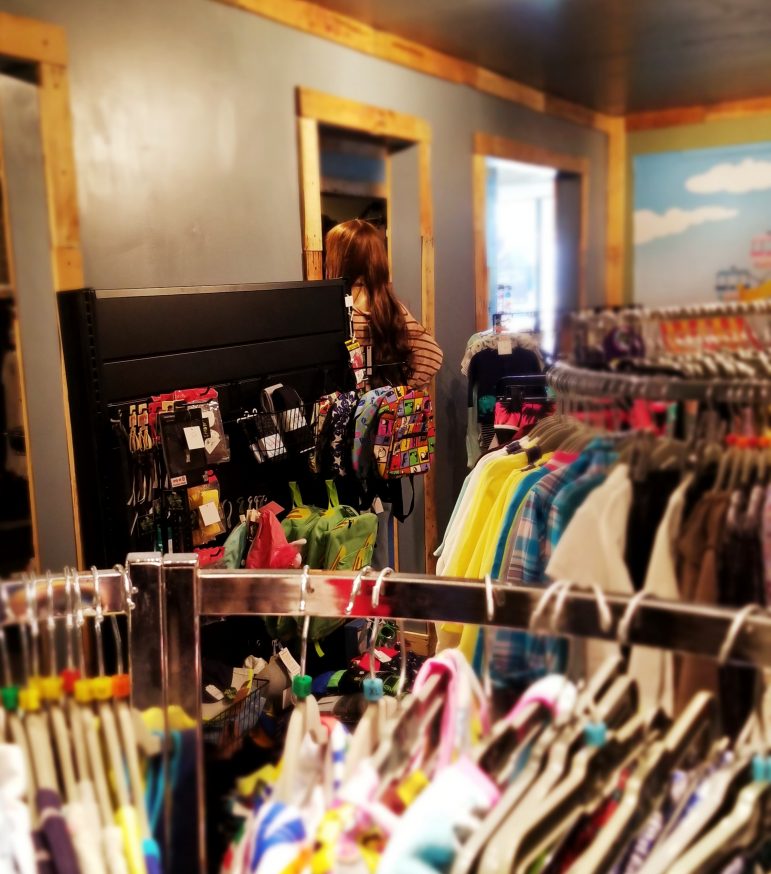 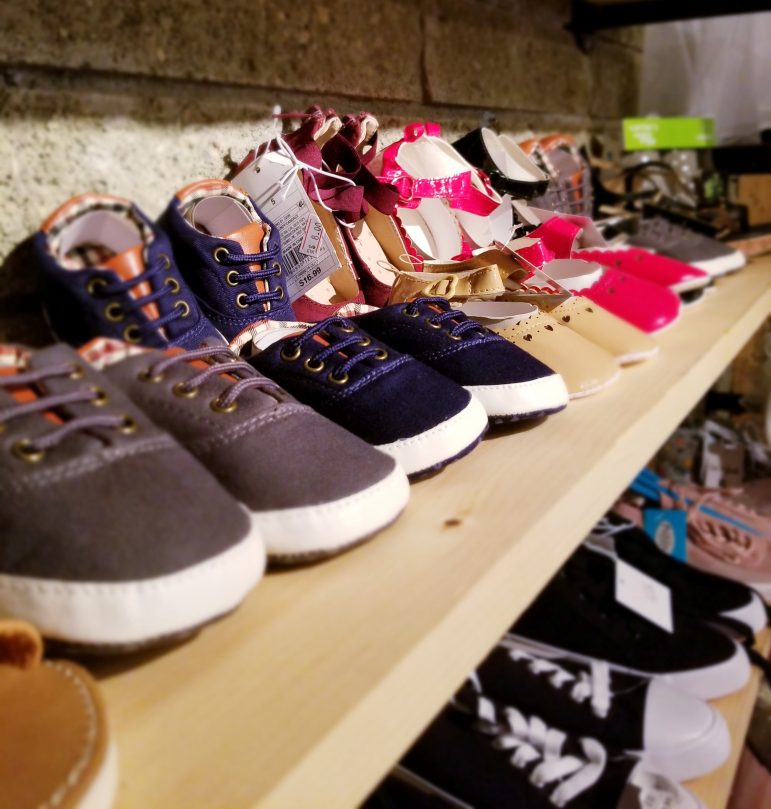 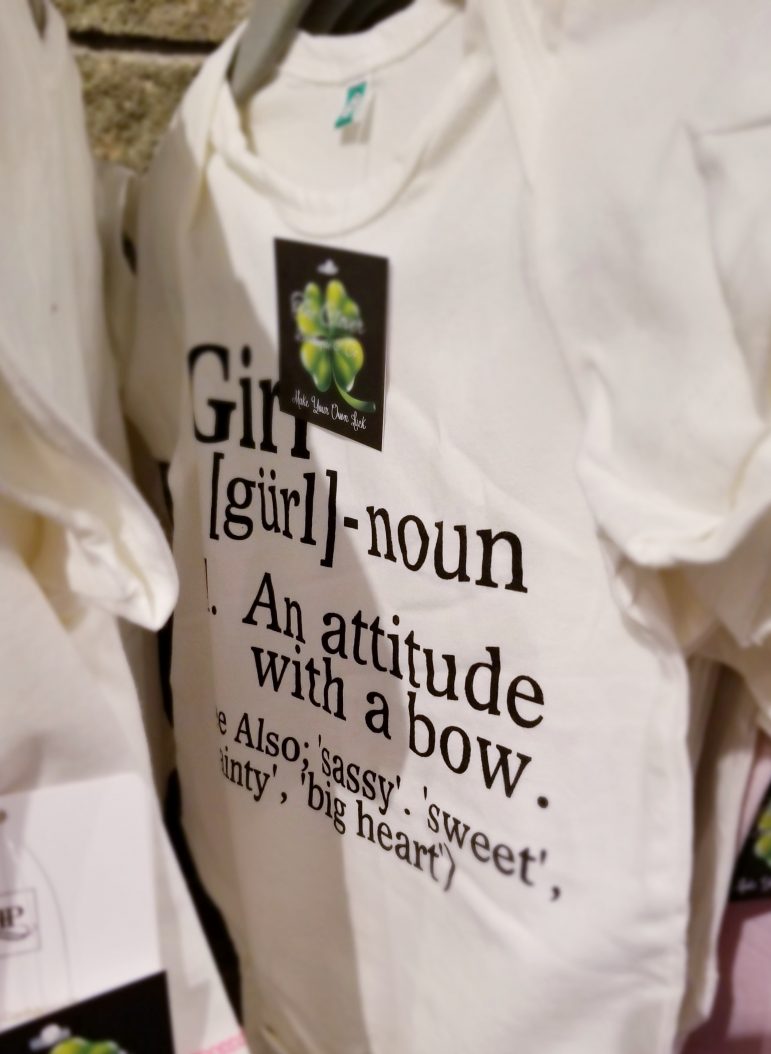 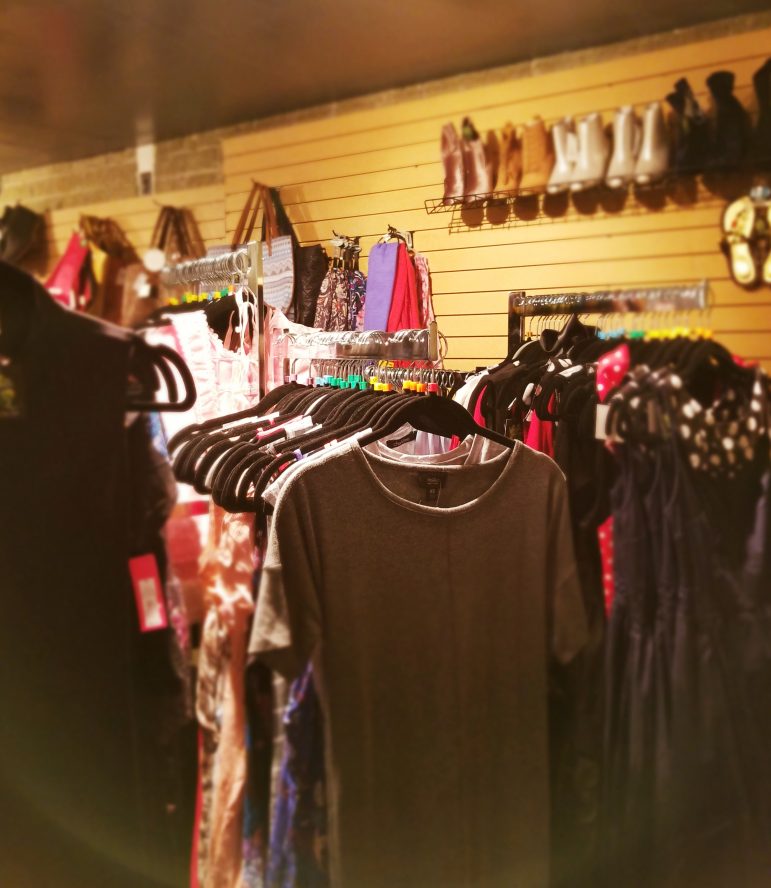 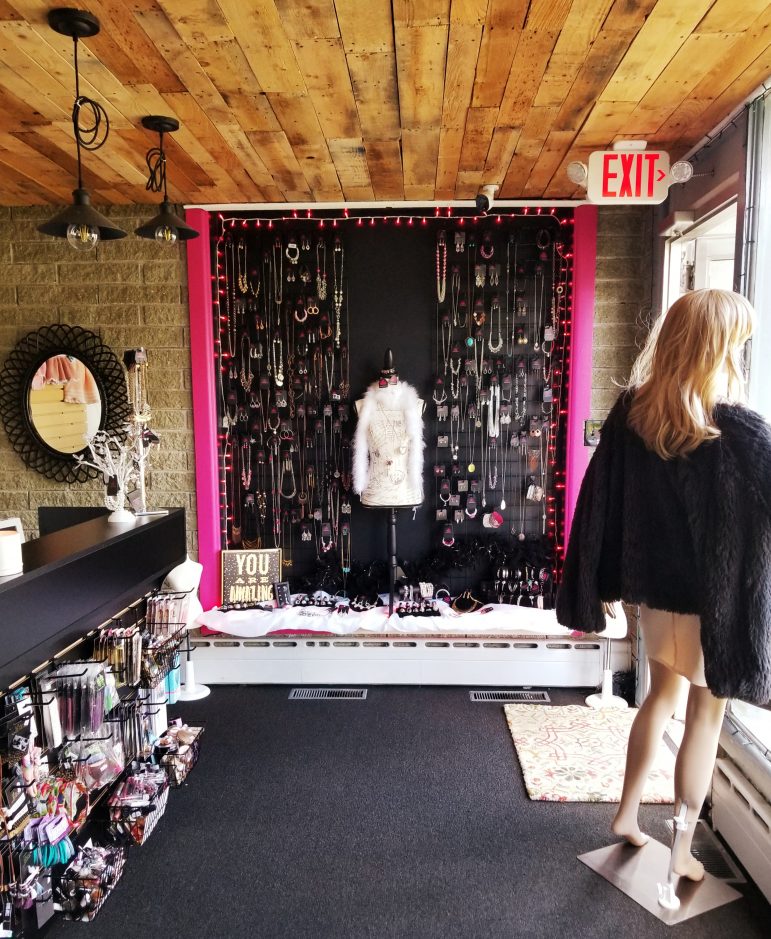