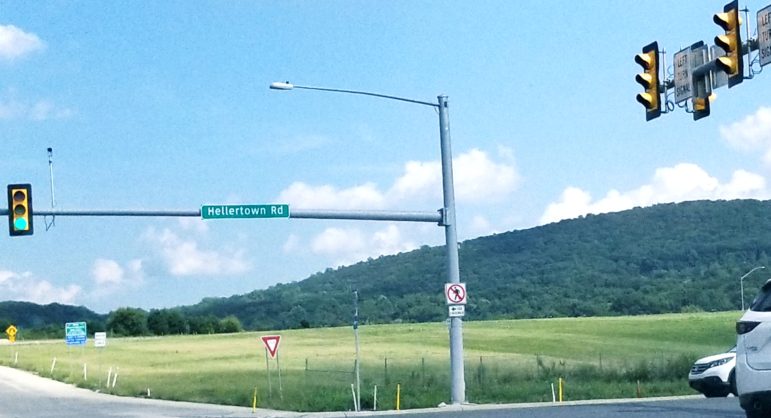 Since I-78 opened nearly 30 years ago, the areas around the Rt. 412 exit have largely been devoid of trees. That will soon change thanks to the Hellertown Tree Project, an initiative of the borough’s junior councilman, Noah Kates. This view is of the meadow where nearly 100 trees will be planted as part of the project. Kates said he hopes to plant them there this fall.

A local teen’s ambitious plan to plant nearly 100 saplings at the I-78 interchange on Rt. 412 is taking shape thanks to additional support from two recently-announced major donors and with a planting plan from a local engineering firm in place.

Known as the Hellertown Tree Project, the beautification effort is the brainchild of 16-year-old Noah Kates, who has been Hellertown’s junior borough councilman the last two summers.

Kates introduced the concept and outlined his plan for council earlier this summer, telling them he felt the busy interchange–as the northern gateway to Hellertown–could be made more attractive with the addition of trees.

After receiving council’s blessing to proceed with it, he worked with City of Bethlehem and PennDOT officials to obtain the permissions necessary to plant the trees near the center of what is currently a vast meadow on the north side of the interchange.

Earlier this month, Kates launched a GoFundMe page to help raise money to purchase and plant the trees, and as of Thursday he had raised $1,920 toward a goal of $5,000.

Anyone who donates $50 or more to the project will have their name or a name of their choosing inscribed on a memorial plaque that will be placed at the site.

Regardless of whether the full $5,000 is raised on GoFundMe, it seems certain that the Hellertown Tree Project will come to fruition, since Kates has secured major support from two benefactors whose donations aren’t included in the current total figure.

At borough council’s meeting Monday night, Kates announced that the owner of a large Berks County-based tree supplier, Bower & Branch, has pledged to donate all of the trees for the project. John Eaton has also promised to deliver the trees to the site, he said.

Another company, All Seasons Tree Care Inc. of Lower Saucon Township, has donated $600 to the Hellertown Tree Project to become a gold sponsor of it, he also told council.

“Although Mr. Eaton is providing the trees at no cost, all donors’ donations will be put towards the project and their dedications will remain on the memorial plaque,” Kates stressed. “The project is on track to plant this fall and I am very excited.”

Kates is also sharing updates via his GoFundMe site, which is where he recently shared the planting plan for the Hellertown Tree Project produced by Barry Isett & Associates.

He also manned a booth at Hellertown-Lower Saucon Community Day Aug. 17, at which he shared information about his initiative. 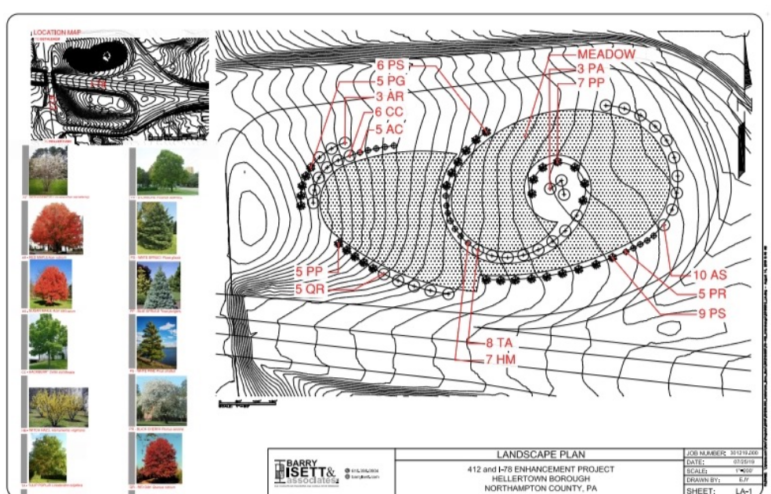