Lower Saucon Township Police say a man who allegedly fled from an attempted traffic stop and was later found hiding in the attic of a garage has been charged with DUI and other offenses. 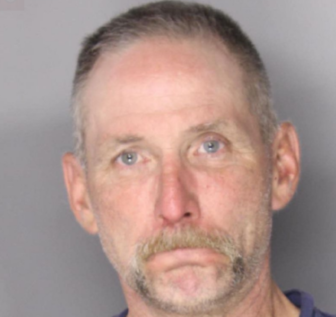 In a post on their Crimewatch page Friday, police said Carl Frederick Kemmerer II, 50, of the township, was operating a vehicle at Beeline Drive and Apple Street on Aug. 20 when a Lower Saucon officer who was assisting Bethlehem Police in locating him, passed him.

Police said they were aware at the time that “Mr. Kemmerer had a DUI-suspended driver’s license.”

According to police, when the officer who passed him turned around to pull Kemmerer over, Kemmerer allegedly “fled at a high rate of speed and was eventually located by police hiding in the attic of a garage in the 2100 block of Easton Road.”

After being taken into custody, police said Kemmerer was taken to the Northampton County DUI Center, where he refused a blood test.

Police then obtained a warrant to take Kemmerer’s blood, and he refused to allow them to, the Crimewatch post states.

Consequentially, Kemmerer is charged with Obstruction of Justice (Misdemeanor 2) and Hindering Apprehension or Prosecution (Misdemeanor 2), in addition to misdemeanor DUI and one felony count of Fleeing or Attempting to Elude an Officer.

According to court records, following a preliminary arraignment before District Judge Nancy Matos Gonzalez in Bethlehem Kemmerer was committed to Northampton County Prison in lieu of $150,000 straight bail.

Court records indicate that the charges on which Bethlehem police were seeking Kemmerer at the time of his arrest by Lower Saucon Township Police are Receipt of Advance Payment for Services That Weren’t Performed and Theft by Deception, both of which are misdemeanors.

Kemmerer had a preliminary arraignment on those charges before District Judge Nicholas Englesson on Aug. 22, according to court records.

In Pennsylvania, the highest legal limit for BAC for all drivers is .08 percent.

Refusing a blood test following an arrest on suspicion of DUI results in an automatic 12-month driver’s license suspension, regardless of the outcome of the case in criminal court.