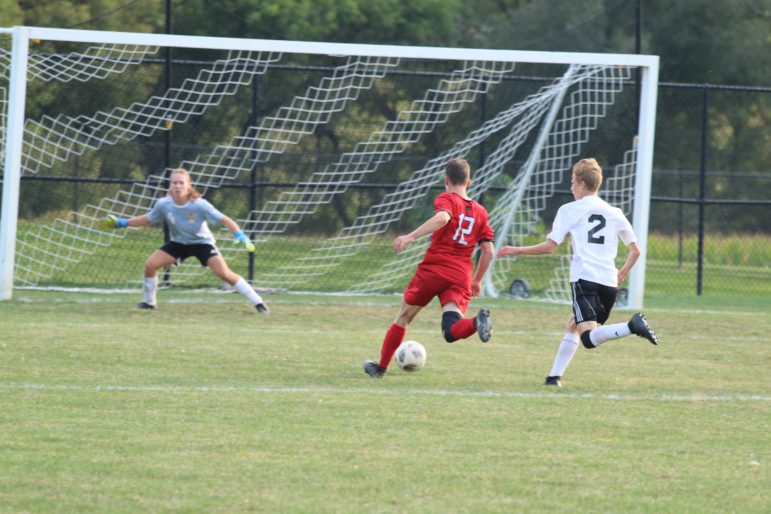 Saucon’s Zach Nicholas gets past a Northwestern defender.

The Red Sox and the Yankees; the Eagles and the Cowboys; Lehigh and Lafayette; and Saucon and Northwestern Boys Soccer. As with any good rivalry game, at the end of the day someone goes home a winner and someone just goes home.

The last time these two teams squared off it was in the District final game.

Northwestern was the three-time defending District champion with a 59-game winning streak and Saucon was a young team with nothing to lose. At the end of the game, the underdog Saucon team had proven to everyone that they had what it takes to claim the District Title from the Tigers.

The scene in the parking lot Tuesday indicated this was going to be a good game to watch. Besides a large number of spectators from both sides, radio sportscasters as well as TV news teams and newspaper reporters were there to catch the action.

As soon as the whistle blew, the action started. It was evident by the intensity from Northwestern and the exuberant cheering from their fans that they were prepared for battle and determined to beat the team that had knocked them off their perch.

It was an evenly matched game for the first half. Neither team really claimed possession and there was a lot of back and forth and a lot of physical play on both sides.

Northwestern shot early, but it went over the crossbar. Saucon senior Zach Nicholas had a corner 10 minutes into the game, but the keeper stopped it from going in. There were fouls on both sides, resulting in free kicks, but neither side converted those into goals. Both the Northwestern goalie and
Saucon’s goalie, senior Nick Snead, were tested several times, but they both kept it scoreless in the first half.

In the second half, a foul by Saucon resulted in a penalty kick for Northwestern, but the kick hit the crossbar and went over the net. Both teams were playing hard and desperation can lead to physical play.

While both teams were physical, the ref decided to give Saucon senior Zach Nicholas a yellow card. It was evident by the shouts on the sideline, that a majority of Panther fans did not agree with the call.

Saucon’s defense had their work cut out for them, but stopped several attempts by Northwestern. Zach Nicholas had a beautiful shot that would have been buried in the net if the Northwestern goalie didn’t dive for it and
make an incredible save.

At the end of regulation time, a Northwestern player received a yellow card for dangerous play.

The players from both teams stepped off the field to huddle before overtime started. As they stepped back on the field to resume play in the 10-minute overtime period, everyone on the sideline was holding their breath.

It seemed like the teams might play a second overtime period with only a minute-and-a-half left on the clock. That was the magic moment when Saucon senior Zach Appel shot the ball down the field to Zach Nicholas, who maneuvered his way around the Northwestern defenders and buried it in the bottom right corner of the net. Game over, with the same outcome as the last time the two teams met: Saucon, 1-0. 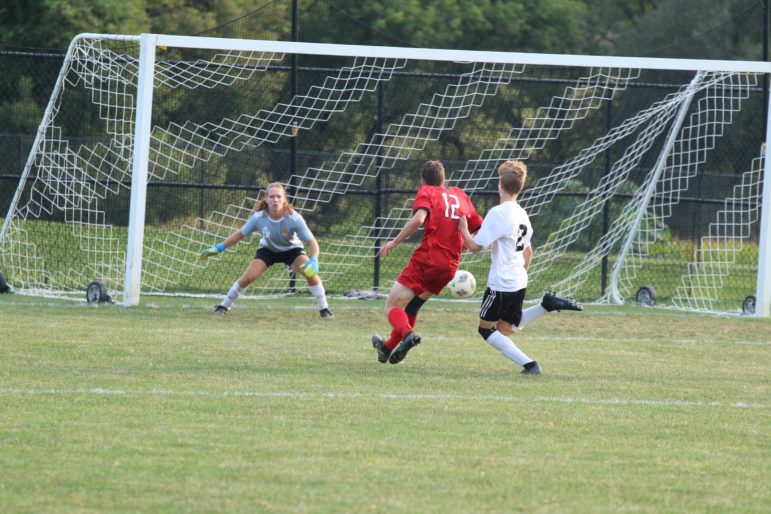 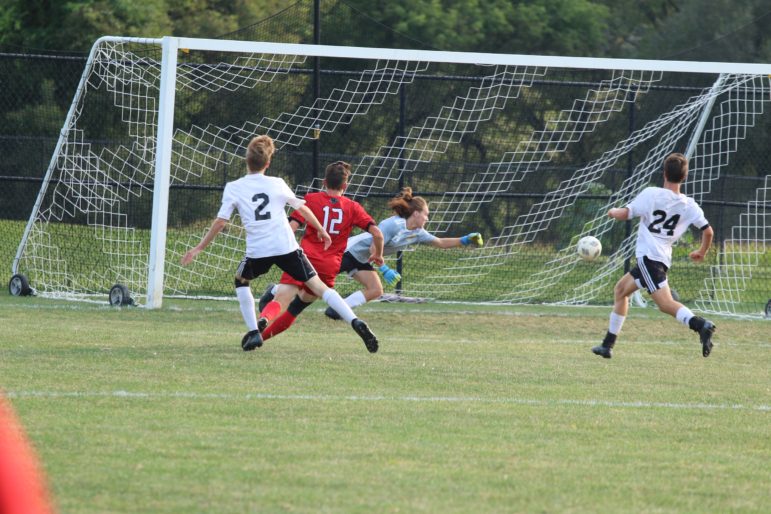 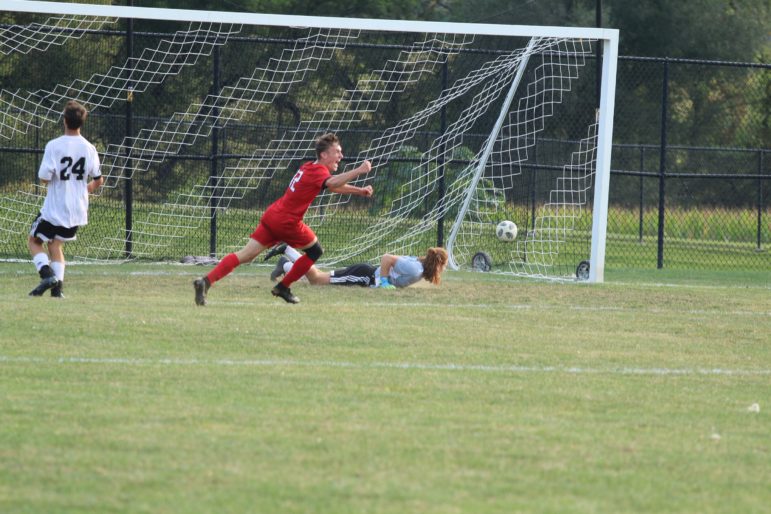 Zach Nicholas gets the ball pass the Northwestern goalie to end the overtime period with a 1-0 win for the Panthers.

“It was a very difficult game and it took the entire varsity squad to
get the result,” said Head Coach Tim Houghton. “As always Northwestern were physical and determined, and when it went into overtime it could have gone either way.”

“I think from our team’s perspective it was great to see how much we wanted it, and how deep we were prepared to dig to get it,” he added. “With a small squad, many of the team didn’t get a substitution and had to play at full tilt right into overtime. Our back line was resolute throughout, and in the end we found a way with an emphatic finish by Nicholas.”

Houghton said the Panthers are looking forward to playing the Blue Bombers on Thursday, Sept. 12 at 3:45 p.m. at Palmerton Area High School.

Good luck, Panthers! The Source is with you. 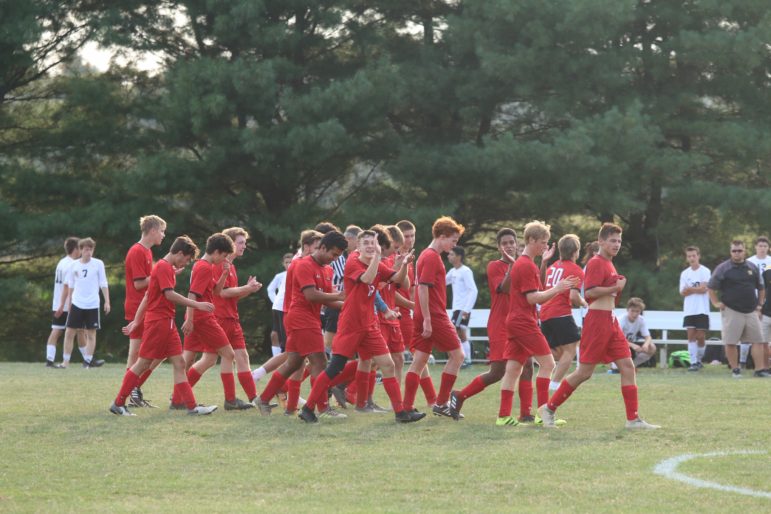 The Panthers celebrate their hard-fought win over the Northwestern Tigers.