Since 2008 the Department of Environmental Protection (DEP) has focused on producing a Climate Action Plan (CAP) that would assess the “potential impact of climate change” on our state. Included in the plan are recommendations to mitigate the threats to our environment, commerce, infrastructure and natural resources. The plan must be reviewed and updated every three years to keep pace with the quickly changing landscape.

In the CAP’s most recent update, and by executive order by Governor Wolf, the state is to decrease its statewide emissions by 80 percent by 2050. This is a daunting task for a state that produces .5 percent of the world’s carbon emissions, mostly due to the large energy-producing infrastructure within our commonwealth. Although advocates of the new emissions goals are pleased that we now have a “goal,” they are frustrated that very little concrete actions have taken place. With a Republican-controlled state legislature and a Democrat-controlled Executive Office, we are seeing a lot of gridlock and very little real progress. 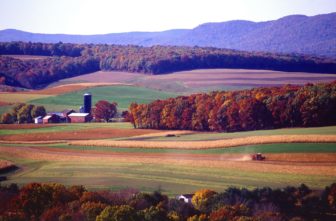 The plan’s critics claim that increased restrictions on development and building will stifle the pace at which the state can grow and will limit the number of jobs created, thereby costing Pennsylvania billions in lost tax revenue.

The Republican-controlled legislature has a different plan. In a House co-sponsorship memorandum, Speaker Mike Turzai announced legislation that would aim to curb carbon emissions while focusing on job creation. The effort, dubbed “Energize PA,” is a series of bills (HB1100, HB1101, HB1102, HB1103, HB1104, HB1105, HB1106, HB1107) focused on streamlining access to our natural gas resources. Collectively, the bills will reduce the permits needed for development and provide them on a clearly developed timetable, provide grants for utilities and developers to access natural gas lines for homes and manufacturing, and establish tax incentives for development within the natural gas industry.

Those opposing the Energize PA initiative maintain that the new legislation doesn’t go far enough. They believe that if we have increased access to natural gas we will be using less oil and coal to fuel our homes and manufacturing plants. Furthermore, although natural gas is much cleaner than coal and oil, it still leaves a significant carbon footprint. A proliferation of natural gas would also increase the number of supply pipelines that create a spider web across our state. These critics would like to see the proposed legislation include incentivizing renewable energy that would leave no carbon footprint.

Most of the proposed legislation is still in committee, and with the deep political divide it is likely the majority of legislation will continue down party lines. It is not impossible to spur some cooperation, however. Chris Christie, the former Republican governor of New Jersey, was able to set aside differences with his primarily Democratic legislature to make significant impact on his state’s carbon output. New Jersey also joined 10 other northeastern states in the Regional Greenhouse Gas Initiative. Pennsylvania is not part of this coalition.

Other states have also taken matters into their own hands when they thought the federal government was not doing enough. For example, California has very strict laws governing car emissions and has been the gold standard in environmental policy. New York recently passed some of the nation’s most aggressive policies keeping on par with the example set by California. Other states like Oregon haven’t had as much luck. As in Pennsylvania, they have been dealing with partisan gridlock.

*Information contained in this article was taken directly from legis.state.pa.us, recent member newsletters, and published articles from reputable sources.

Kevin Branco is the owner of Main Street Gym in Hellertown and a Democratic candidate for state representative for the 131st District. Opinion-editorials and letters to the editor may be submitted to josh@sauconsource.com for consideration.