A Lower Saucon Township man was one of two men killed in a fiery two-vehicle crash on Rt. 378 near Eighth Avenue in Bethlehem late Wednesday evening, the Lehigh County Coroner confirmed Thursday.

According to a story published by Lehigh Valley Live, the coroner’s office determined that Kaelen Fausey, 24, died from injuries suffered in the crash, but has yet to determine his cause of death. 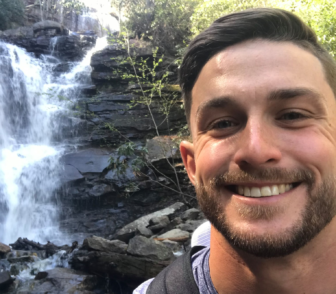 WPVI-6ABC in Philadelphia cited authorities in reporting that Fausey may have been driving northbound in the highway’s southbound lanes when the crash occurred at around 11:20 p.m., however Lehigh Valley Live noted that in a crash-related news release by Bethlehem police that version of events was not confirmed.

Lehigh Valley Live also reported that a coroner’s news release stated that Fausey was the driver of a car that struck another vehicle.

Also killed in the crash according to multiple media reports was Edwin Arcelay, 27, of Bethlehem, who was the driver of a vehicle that was struck, according to the coroner’s news release cited by Lehigh Valley Live.

The Morning Call reported that the crash was a wrong-way accident, and said authorities had yet to disclose which man was driving which of the two cars that collided: a 2013 Hyundai Sonata and a 2003 Toyota Corolla.

According to the WPVI report, the two southbound lanes of Rt. 378 near Eighth Avenue were closed for nearly six hours early Thursday for the accident investigation and cleanup, reopening before 6 a.m.

Authorities say the investigation into the accident is ongoing and will likely take weeks to complete.

Bethlehem police are asking anyone who may have witnessed it to come forward.