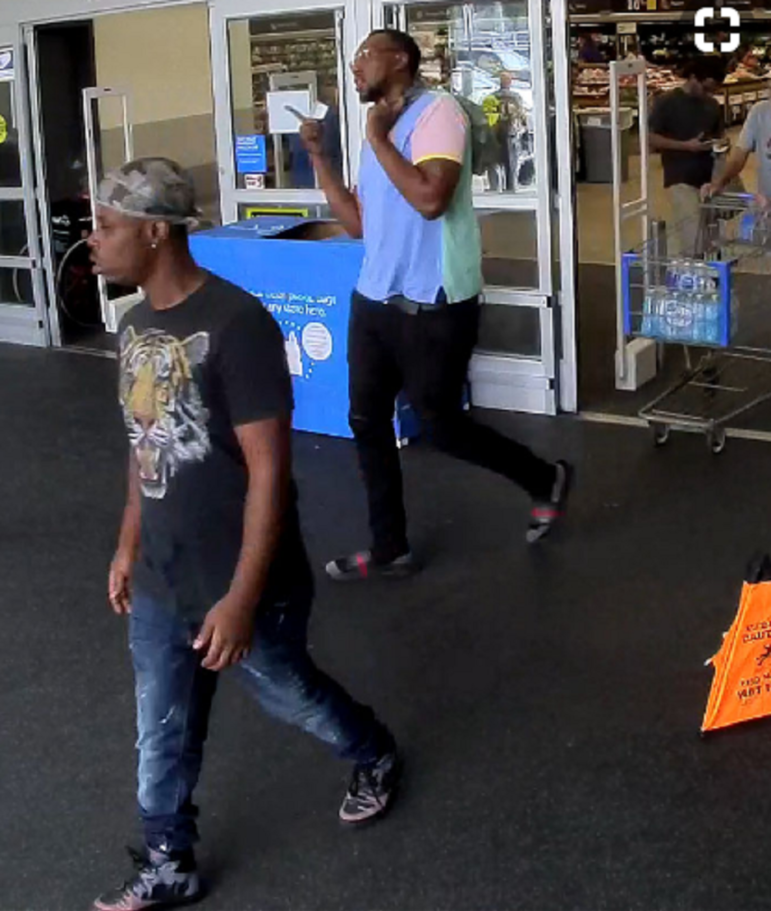 Pennsylvania State Police are asking for the public’s help with identifying the men in this surveillance image, which was taken in August at the Quakertown Walmart. Police said Thursday that the men are suspected of using a fraudulent credit card to purchase more than $17,000 in gift cards from three different retailers.

Police released a store surveillance image of the men, who they said allegedly made the fraudulent transactions totaling approximately $17,633 between Aug. 13 and Aug. 17.

Police said the men were exiting the Quakertown Walmart when the picture was taken.

Anyone with information about them is asked to contact Tpr. Hill with the Pennsylvania State Police at Milton (Troop F) by calling 570-524-2662. Individuals can also call the Pennsylvania Crime Stoppers at 1-800-4PA-TIPS (8477)  if they have information about this crime, any serious crime or any wanted person. All callers remain anonymous and could be eligible for a cash reward.