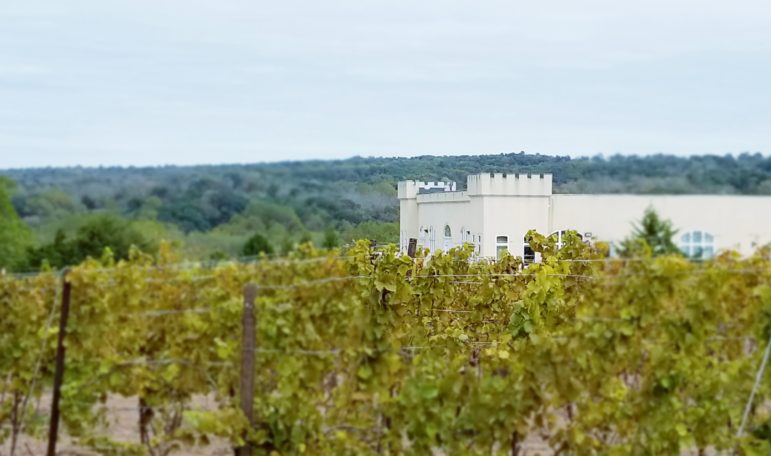 Sand Castle Winery traces its origins to 1974, when two visionary Czech brothers planted the first vineyard on the property on a bluff overlooking the Delaware River. Wine production began about 15 years later, and the business has grown steadily over the past three decades. Today a second generation of caretakers are poised to begin the largest expansion any winery in the region has seen, as they develop Sand Castle into an upscale resort they expect to attract visitors from near and far.

If your idea of a relaxing weekend is a Tuscan-style retreat filled with world-class wine, food, the bucolic scenery of wooded rolling hills and convenient access to nearby attractions, the owners of Sand Castle Winery in Tinicum Township, Bucks County, want you to know that all of that and more awaits future visitors to its vineyards.

Managing partner Chad Sletten was first involved with the 72-acre winery as a technology consultant in the 1980s, when he met founders Joseph and Paul Maxian, two Czech brothers who’d planted the first vineyard at what is today Sand Castle in the mid 1970s.

The Maxians had extensive knowledge of winemaking which they brought with them when they immigrated to the United States, where they initially founded a successful construction business.

Their true passion was for viticulture, however, and they planted their vineyards in Erwinna, overlooking the Delaware River, much as they would have planted them in the Old Country: with 100 percent European grapes, also known as Vitis vinifera.

About 15 years elapsed between the planting of the first grape vines and the time when wine production began, and it took more than two decades for the winery to become a fully-developed business, Sletten explained.

In the 2000s, the Maxians were getting older and beginning to consider lessening their workload at the vineyard, while Sletten, who was living in New York City, was looking for a career change. Eventually his search led him back to Sand Castle.

With him Sletten brought the capacity to embrace change, which in the case of Sand Castle Winery will take the form of a significant expansion that will turn it into a full-scale resort.

The current castle-inspired chateau will be completely renovated and a glass-enclosed event space and lodging (in Phase II) will be added, along with a new venue at the river’s edge called The Boathouse, with the seating capacity for events tripling from 250 to 750.

“As a model it’s going to throw us into a different sort of sphere,” Sletten said, adding that the decision to evolve into a resort is partly because “the public (today) demands more.”

Phase I of the project–which includes the renovation of the 21,000 square-foot chateau in a Tuscan style–is scheduled to be completed in the fall of 2020.

With the expansion will come new jobs, and Sletten said it will also benefit the other wineries along the Bucks County Wine Trail, an association of Bucks County wineries all of whom support each other in the promotion of wine within the county and beyond.

Currently about 80 percent of Sand Castle’s customers are from New Jersey and New York, he said, and many of them will ultimately visit other wineries on the trail.

“My intention is to try to get everyone to collaborate,” said Sletten, who is the current president of the Bucks County Wine Trail. 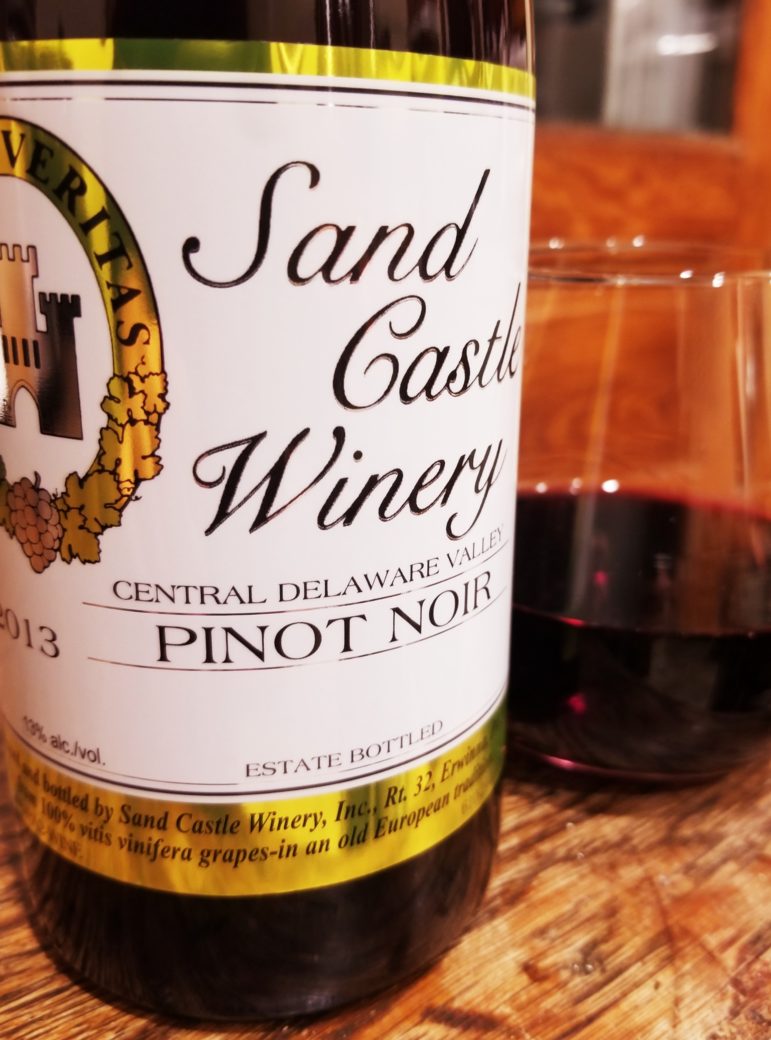 Sand Castle Winery’s pinot noir is described by managing partner Chad Sletten as having a “very delicate” flavor, which differentiates it from most other American pinot noirs.

Some of the most popular wines at Sand Castle are its authentic pinot noir, which Sletten said has a flavor profile like a French pinot noir; their Winesicle, which is a riesling infused with orange oil and vanilla to mimic the flavor of an orange creamsicle; their award-winning Alpine Spice Swiss-style spiced wine; their vermouth; and their rose, which has been served at New York Fashion Week several times.

In fact, Sand Castle Winery’s rose was such a hit at New York Fashion Week that Bruno Mars left the event with six cases of it.

Eventually Sletten said he’d like to continue to expand Sand Castle’s sales to other states; a process that can be complex because of how alcoholic beverages are distributed nationally. Fortunately, Pennsylvania residents can easily order their wines online or purchase them at the vineyard, which is open Monday through Saturday, 10 a.m. to 5 p.m., and Sundays, 11 a.m. to 5 p.m. The last tour of the day each day is at 3 p.m.

A wine tasting is $10 per person and a wine tasting with a tour of the wine cellar is $15 per person, with tickets available for purchase on the Sand Castle website.

On Saturday, Dec. 14 from 2 to 6 p.m., Sand Castle Winery will host the opening of its own Winter Garden which will offer guests the opportunity to enjoy wine and hors d’oeuvres along with live entertainment while seated around fire pits or under heated lamps. Tickets–available for purchase online–are $30 per person and include a complimentary glass of Alpine Spice wine. A cash bar will also be available.

For more information about Sand Castle Winery, which is located at 755 River Road, Erwinna, Pa., visit SandCastleWinery.com and follow the winery on Facebook and Instagram and visit BucksCountyWineTrail.com. 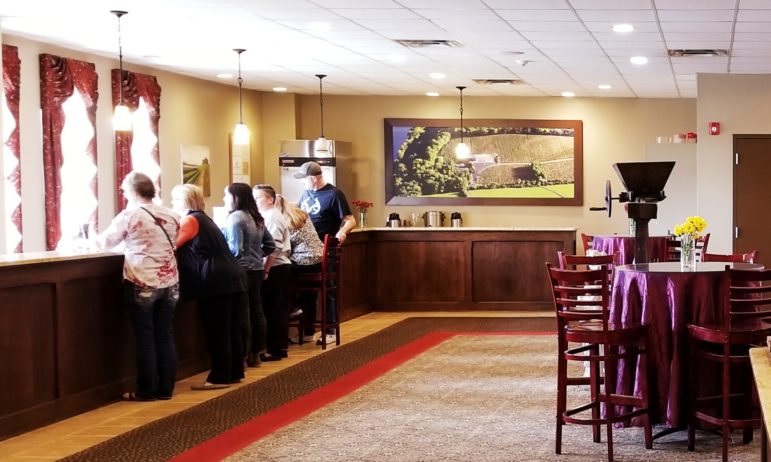 The tasting room in the chateau at Sand Caste Winery in Tinicum Township, Bucks County. The winery is located about 30 minutes from Hellertown, on a bluff overlooking the Delaware River. 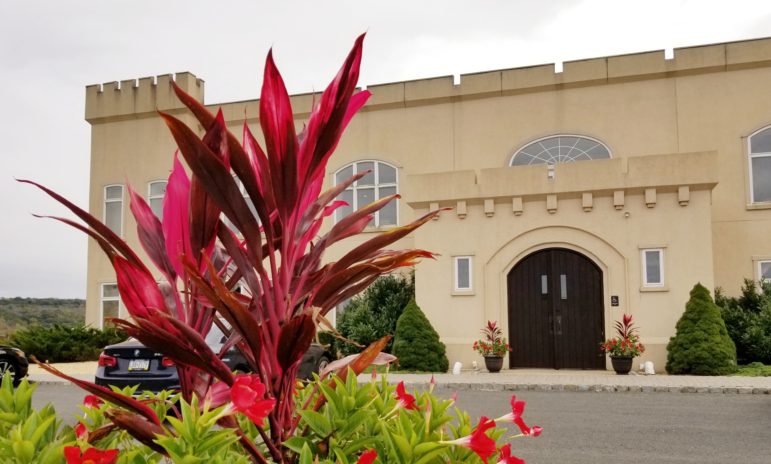 The chateau building at Sand Castle Winery in Erwinna, Bucks County, will be completely renovated as part of a major expansion beginning in 2020. The expansion will ultimately include the addition of resort-style lodging and will triple the seating capacity for events hosted at the winery.

Sand Castle Winery is composed of 72 acres of vineyards which were first planted by the Maxian brothers–Czech immigrants with a passion for winemaking–in the 1970s. 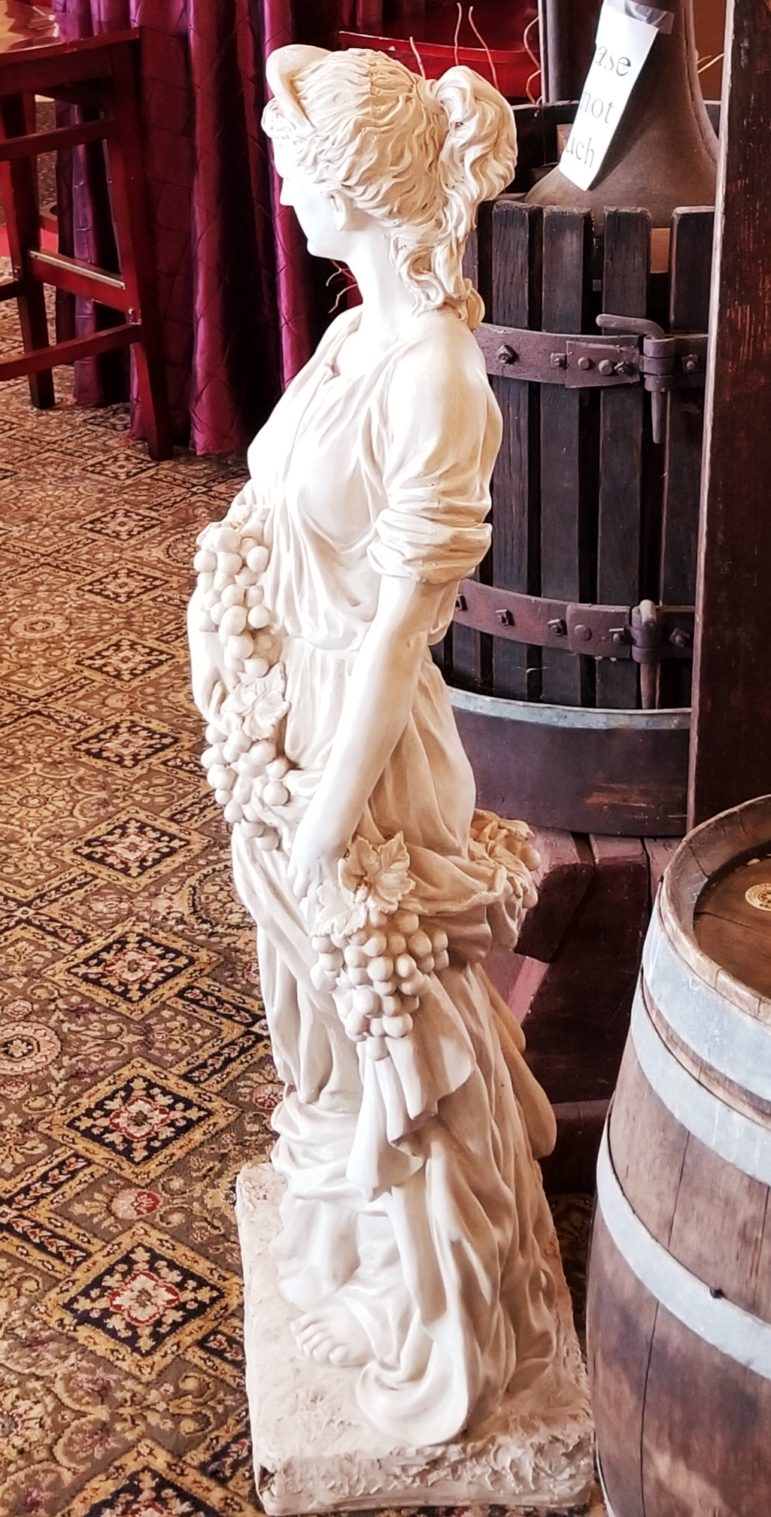 The tasting room inside the Chateau building at Sand Castle Winery is decorated with European flair. 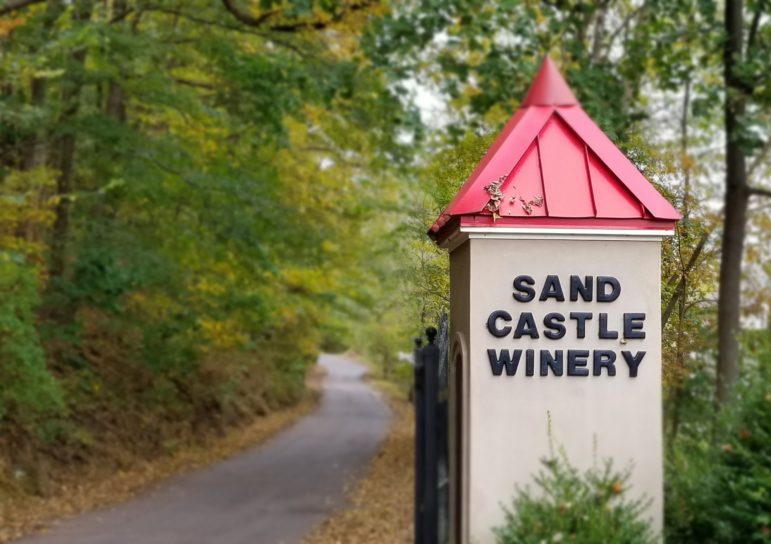 The entrance to Sand Castle Winery on River Road in Tinicum Township, Bucks County. The winery is one of seven vineyards located on the Bucks County Wine Trail. 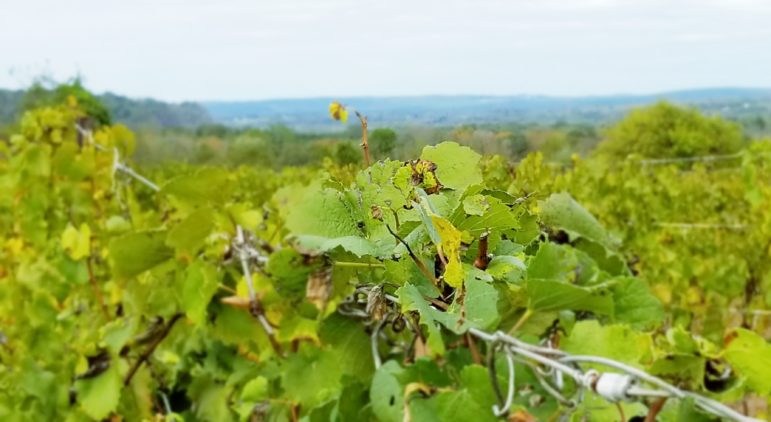 The picturesque view from Sand Castle Winery extends for miles into New Jersey. 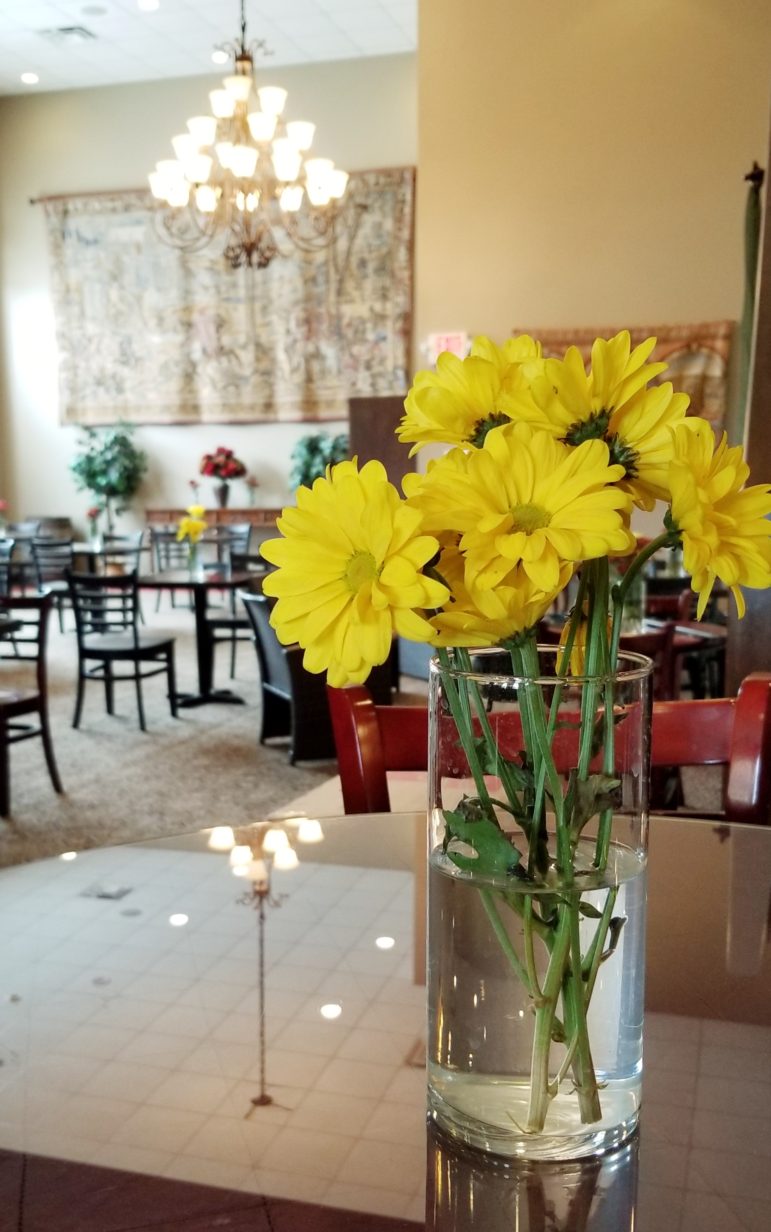 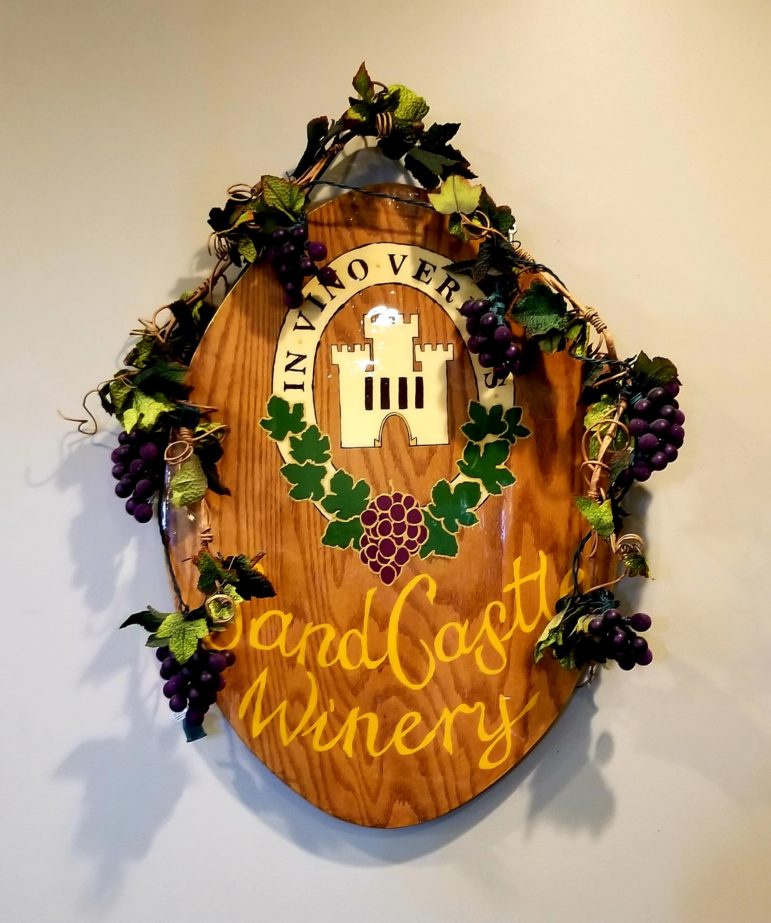