A Springfield Township, Bucks County man is facing charges after police say he was allegedly found operating a clandestine Psilocybin mushroom manufacturing laboratory in the basement of his home in the 2300 block of Trolley Bridge Road last month.

Township police announced the charges against George Frank Chobot, 54, in a post published on their Crimewatch site on Jan. 7, in which they said the Quakertown Police Department and the Pennsylvania State Police Vice Unit (Bethlehem) had swiftly and professionally assisted their officers with Chobot’s arrest on Dec. 11. 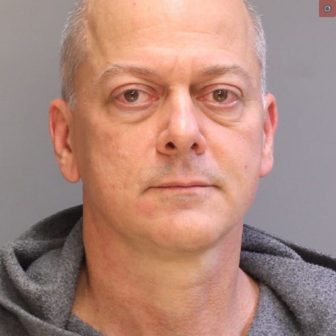 According to an affidavit of probable cause that is part of a police criminal complaint filed in Bucks County District Court 07-3-01 in Ottsville, township police called in support from other agencies after being tipped off to Chobot’s alleged operation.

On Dec. 11, officers visited him at his home and spoke with him outside, where they said Chobot was evasive in his answers to questions but gave written consent for police to search the house and its outbuildings for evidence of illegal activity and provided the padlock code so they could enter a locked room in his basement.

Upon searching the house, police allegedly found evidence of suspected Psilocybin manufacturing in a first floor bedroom, according to the affidavit.

“Within the locked room in the basement was (sic) numerous containers with suspected processed Psilocybin mushrooms along with other products suspected to be manufactured to grow Psilocybin mushrooms,” the affidavit says. “Also present was (sic) numerous items of paraphernalia including, but not limited to aquariums, humidifier, dishes, scale, rye seed, plastic jars, and numerous other items” which the state police vice officer who participated in the search said he recognized “from his training and experience with clandestine laboratories used (in) the manufacturing of Psilocybin mushrooms.”

“The quantity also leads your affiants to believe the Psilocybin was manufactured and possessed with intent to deliver,” wrote the officers who signed the affidavit.

“A small portion of the substance from the basement was tested by PA State Police Clandestine Laboratory personnel, which yielded a positive indication for the presence of Psilocybin,” they added. “The defendant admitted the items and substances to be his and that he himself was manufacturing Psilocybin mushrooms.”

Psilocybin mushrooms–which are commonly and colloquially referred to as magic mushrooms or shrooms–are classified by law enforcement as a Schedule I controlled substance.

Chobot is free on $50,000 unsecured bail while he awaits a preliminary hearing that has yet to be scheduled before District Judge Gary Gambardella, records indicate.