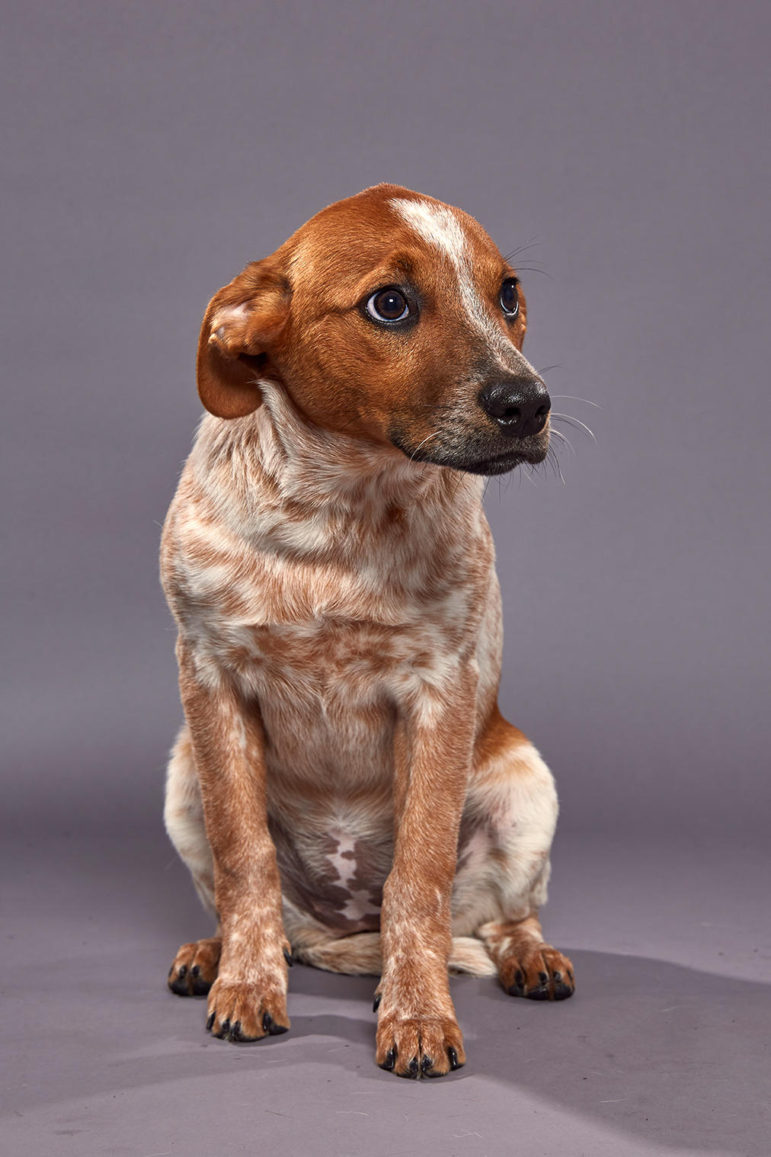 Known as Luna when she was taped for her Puppy Bowl appearance in October, Rumor will be seen on the nationally-televised program on Sunday, Feb. 2 at 3 p.m. on Animal Planet.

A local rescue dog will have her day when she appears on the nationally-televised Puppy Bowl XVI on the Animal Planet network on Super Bowl Sunday, Feb. 2.

Kelly Bauer, executive director for the Center for Animal Health and Welfare in Williams Township, Northampton County, said the pup who will appear on the adoption awareness-raising program is happily no longer a resident of the Island Park Road facility.

Following a taping in New York City that took place from Oct. 14 to Oct. 16, Bauer said Luna found her “forever home” and was renamed Rumor by her new owner.

“Luna is not in the starting line up but will get air time,” she said of the upcoming broadcast, which is the third in which Center for Animal Health and Welfare pets have participated.

Not to be outdone in 2020 are their feline friends–several kittens from the CAHW–who were in the Tempations Sky Box for the taping and also participated in the KittenKup of Billiards Puppy Bowl segment. 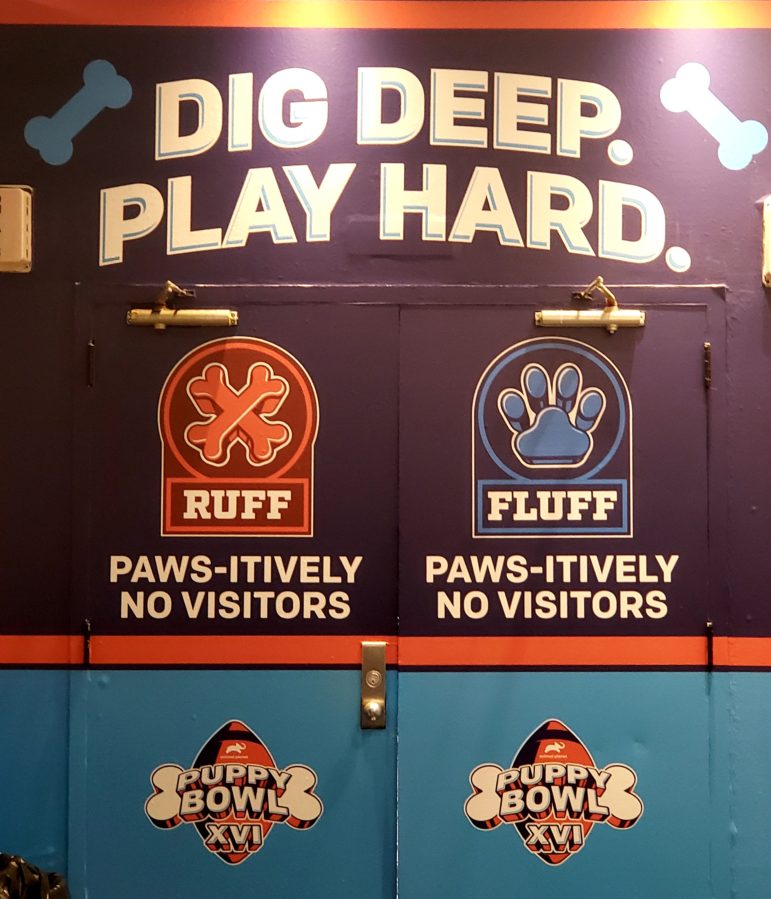 “We are honored to participate in this national event,” said Bauer. “Being able to feature our shelter and adoptable pets on this platform is incredibly important to the work we do.”

“Having our organization receive recognition on a major television network is not only exciting, but it also increases our adoptions,” she added.

Puppy Bowl XVI will air at 3 p.m. Eastern (a pregame show will air at 2 p.m.) on Sunday, Feb. 2. The Bowl will feature nearly 100 dogs playing as they compete for the Chewy “Lombarky” trophy, warming hearts in the process.

According to a Today.com story, since its inception all of the animals who’ve appeared on the Puppy Bowl have been adopted by loving families.

Learn more about the Center for Animal Health and Welfare, their mission to find homes for local cats and dogs, and make a donation on their website. 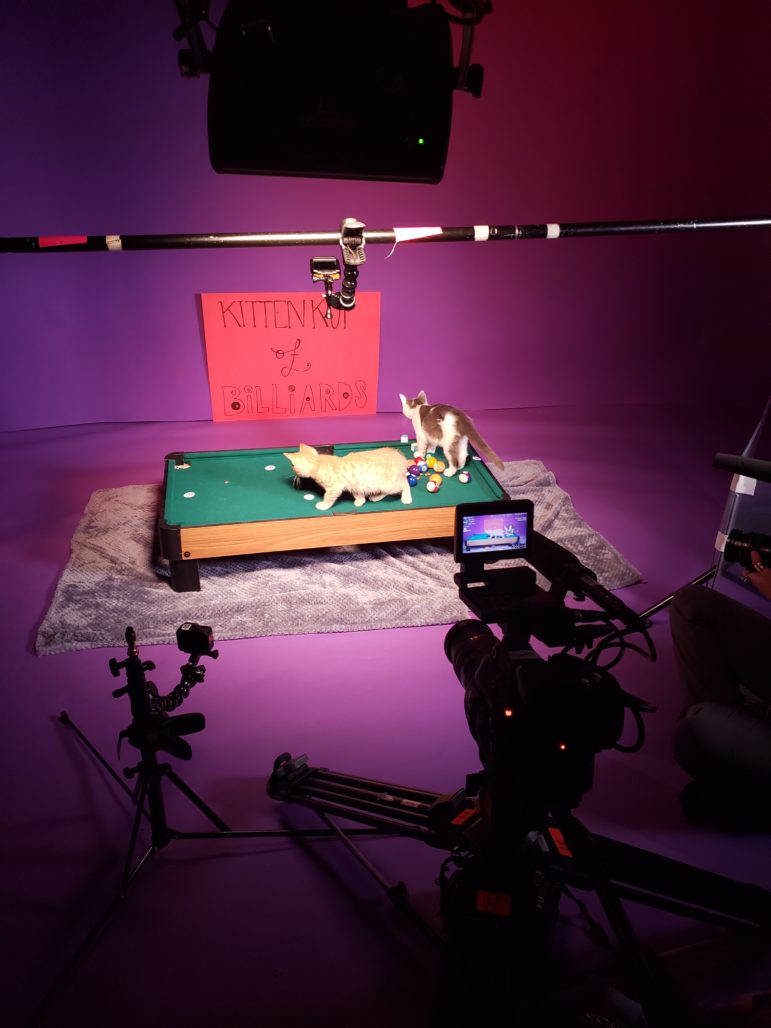 Kittens from the Center for Animal Health and Welfare frolic during the taping of the KittenKup of Billiards –part of the 16th annual Puppy Bowl–in October in New York City. 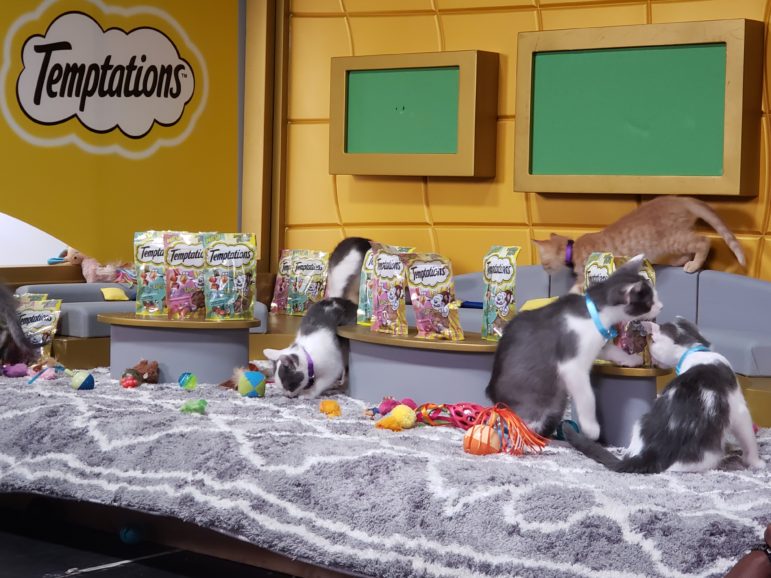 Temptations is a well-known cat treat and sponsor for the 16th annual Puppy Bowl, which in addition to shelter pups also features rescue kittens.