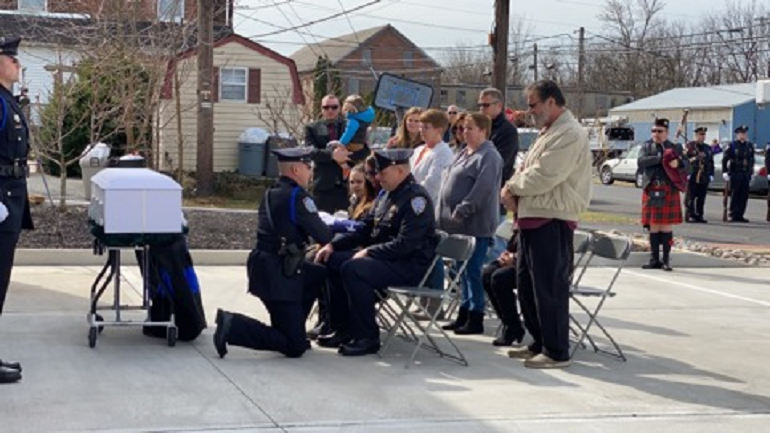 A moving ceremony that included military honors was held at Lehigh Valley Animal Crematory Services in Hellertown Wednesday for Taz, a K-9 officer who was a member of the Phillipsburg Police Department until his retirement in 2017.

Police activity on Front Street in Hellertown Wednesday was for a solemn procession that brought a special service dog to the start of his final journey across the Rainbow Bridge.

Taz, an 11-year-old retired K-9 officer with the Phillipsburg Police Department, was brought to Lehigh Valley Animal Crematory Services in Hellertown where he was given full military honors after being euthanized earlier in Alpha, N.J.

According to a Lehigh Valley Live story, the German shepherd’s career with the department spanned nearly nine years, between March 2009 and December 2017.

Taz was born in Germany and later donated to the department, where he began his training at the age of 11 months, the article explained.

Lehigh Valley Animal Creamatory Services’ and Heintzelman Funeral Home’s David Heintzelman, Nathan Kamp and Chadd Hamman “had the honor to witness and provide services at no cost to the Phillipsburg Police Department,” Kamp said in an email.

The casket in which Taz was conveyed to the pet crematory was also provided at no cost by the Schuylkill Haven Casket Company in memory and honor of his dedicated service.

“There were not many dry eyes, but the love and respect shown to this K-9 was overwhelming and very fitting,” said Kamp.

“Only the police force can truly document what a K-9 does for the community,” he added. “Today the officers stayed at the crematory until they could retrieve the cremated remains, which will be given to the officer (Matthew Amey) who loved and cared for him. God bless Taz and God bless the Phillipsburg Police Department and its town as they rightfully honor one of their own.”

Kamp also thanked Tim Wynkoop of the Noto-Wynkoop Funeral Home in Phillipsburg for spearheading the honors for Taz and the Phillipsburg community. 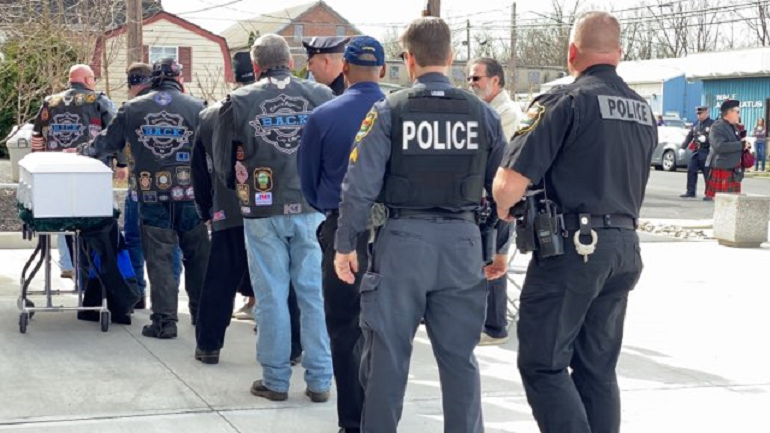 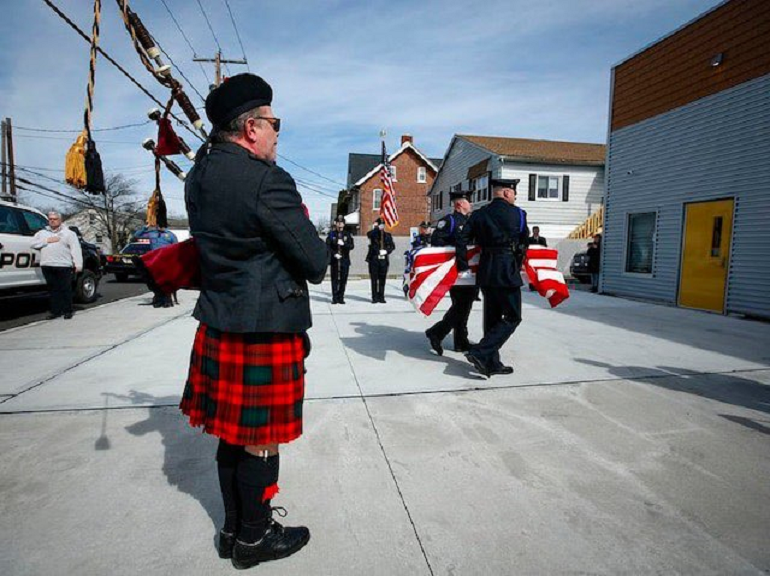 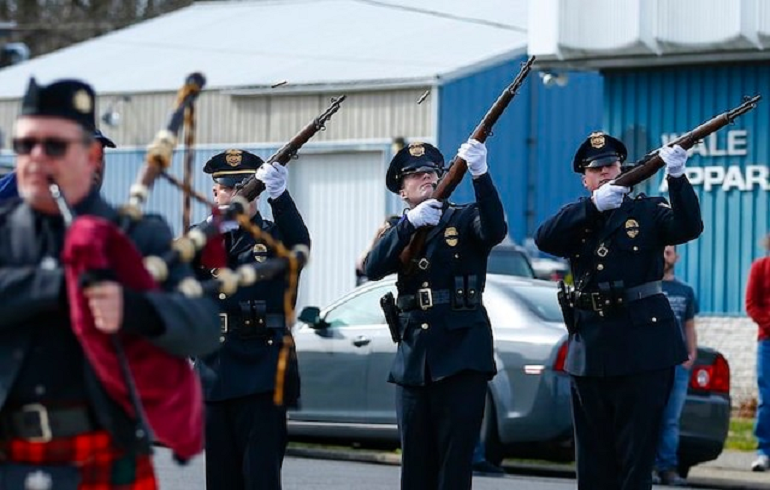 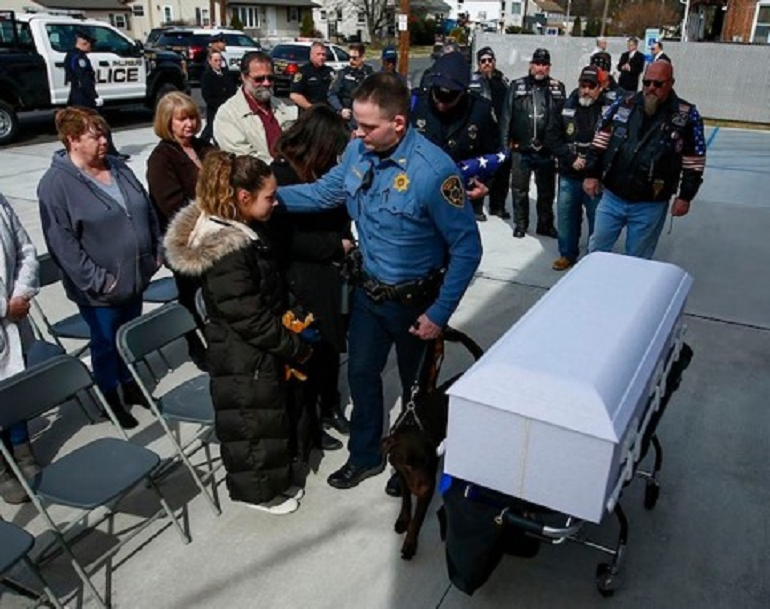 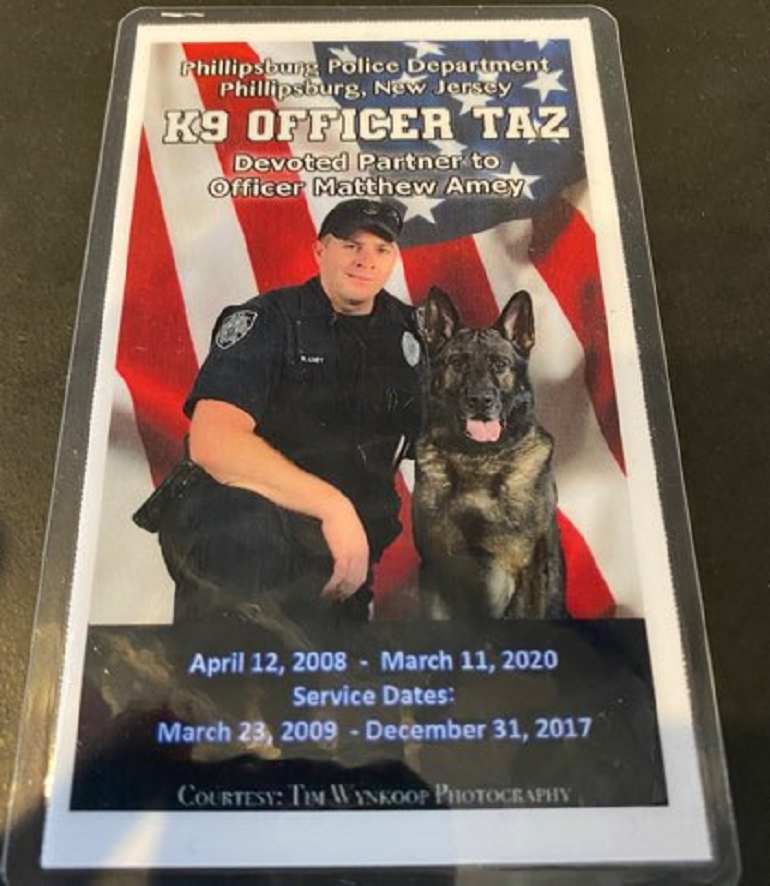