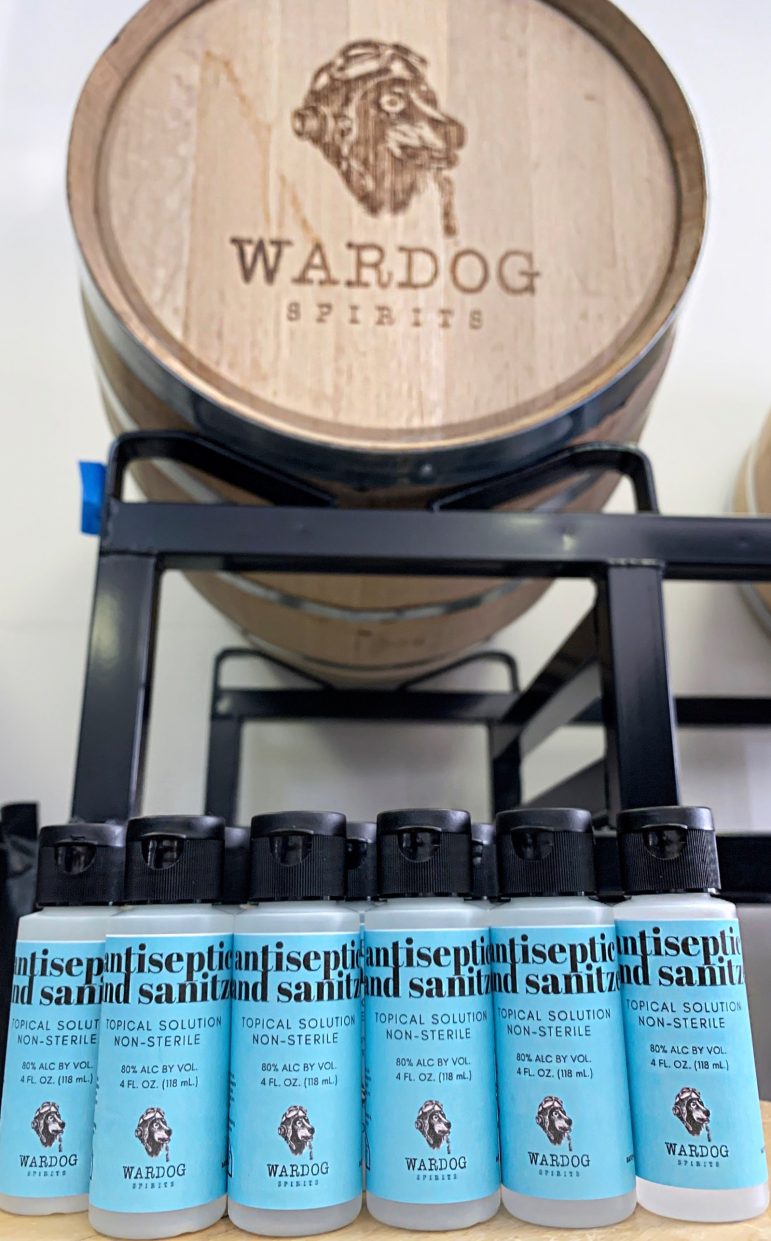 A local distillery is responding to a critical supply shortage caused by the coronavirus (COVID-19) pandemic in a way that will help keep local first responders safe.

Owner Andy Warner explained that the hand sanitizer his business is starting to make will be given free of charge to police, fire departments and others working on the front lines of the pandemic.

“It’s all (being produced) at our cost and our expense,” he said.

A well-known local winery, Black River Farms was established in 2009 and is home to more than nine acres of grape vines, as well as a tasting room that is open to the public.​

Warner said the idea to make hand sanitizer entered his mind after he read recently-published news stories about other distilleries that are starting to do the same thing.

“We’ve always been pretty aggressive at giving, so when it came across our desk…I thought, ‘That’s great, but how do you legally do that?” he recalled.

Warner explained that due to the current sanitizer shortage triggered by the pandemic, the FDA and the Pennsylvania Liquor Control Board are temporarily waiving a special registration requirement for any distiller who wants to begin manufacturing the product. 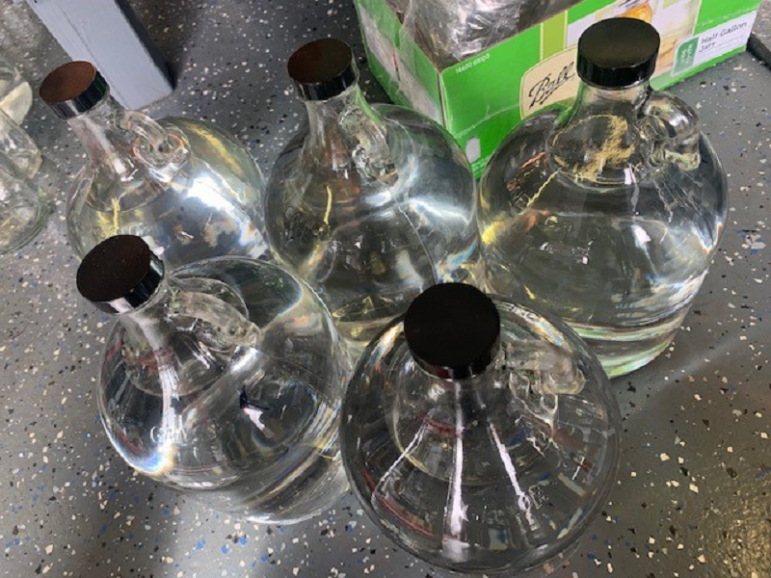 Within the industry, distilleries are actively assisting each other by sharing information about how to make the sought-after antiseptic, much of which was snatched off store shelves by panicked buyers in the early days of the COVID-19 outbreak earlier this month.

“We’re just getting inundated with emails from other distillers throughout the state, which is so helpful,” Warner said.

For health care workers and first responders in the field, alcohol-based hand sanitizers can be a critical weapon in their arsenal of tools for dealing with potentially highly contagious cases of COVID-19.

After finding glycerine and the small plastic bottles in which the hand sanitizer will be packaged from suppliers in other parts of the U.S., he said production is under way.

Warner said he hopes to have his first shipments go out soon. 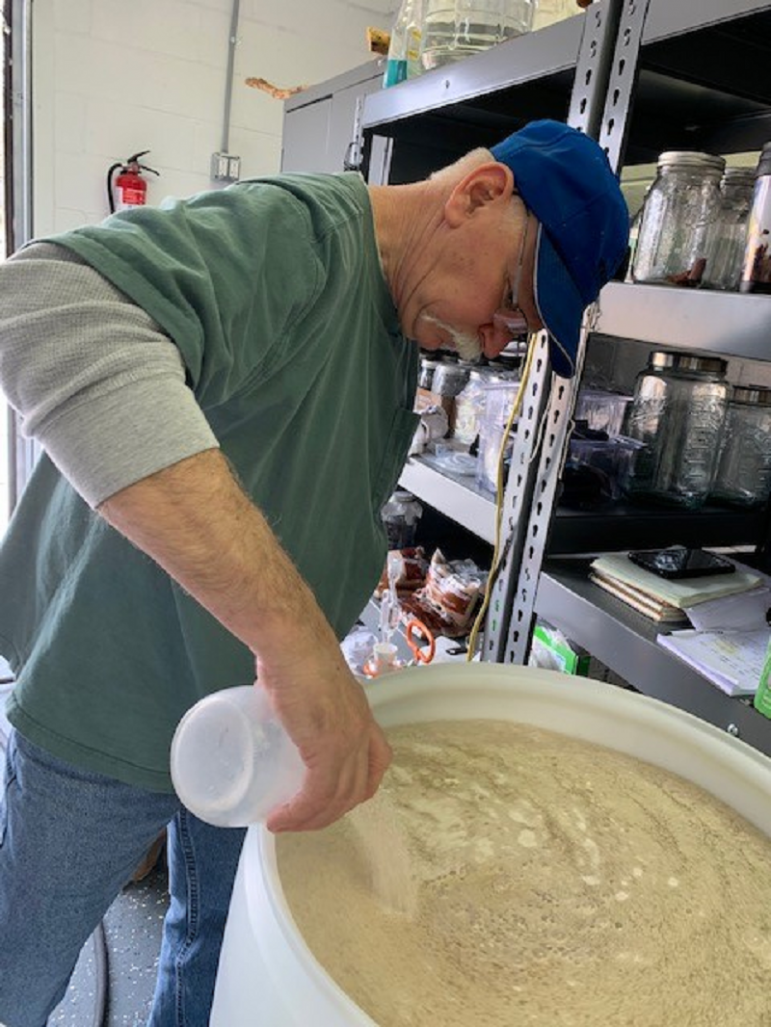 Master distiller Dewey Teague crafts a batch of hand sanitizer at Wardog Spirits in Lower Saucon Township. The distillery has begun manufacturing the product to donate to first responders in our area during the coronavirus pandemic.

Wardog Spirits is partnering with social service agencies in the area to distribute the hand sanitizer, so there is no need for local police or fire departments to contact them directly.

Eventually Wardog Spirits may begin to make its hand sanitizer available to non-institutional customers, and Warner indicated that they plan to dedicate at least one of their three stills to making it throughout the current public health emergency.

“I think after more and more of us have that learning curve (down), I won’t doubt it if they all do it,” he said of other distilleries in the area. “That equipment’s there. People can do this.”

Meanwhile, Black River Farms as an agricultural operation remains open for business, with its wine is available for purchase. For more information on the winery, click here. 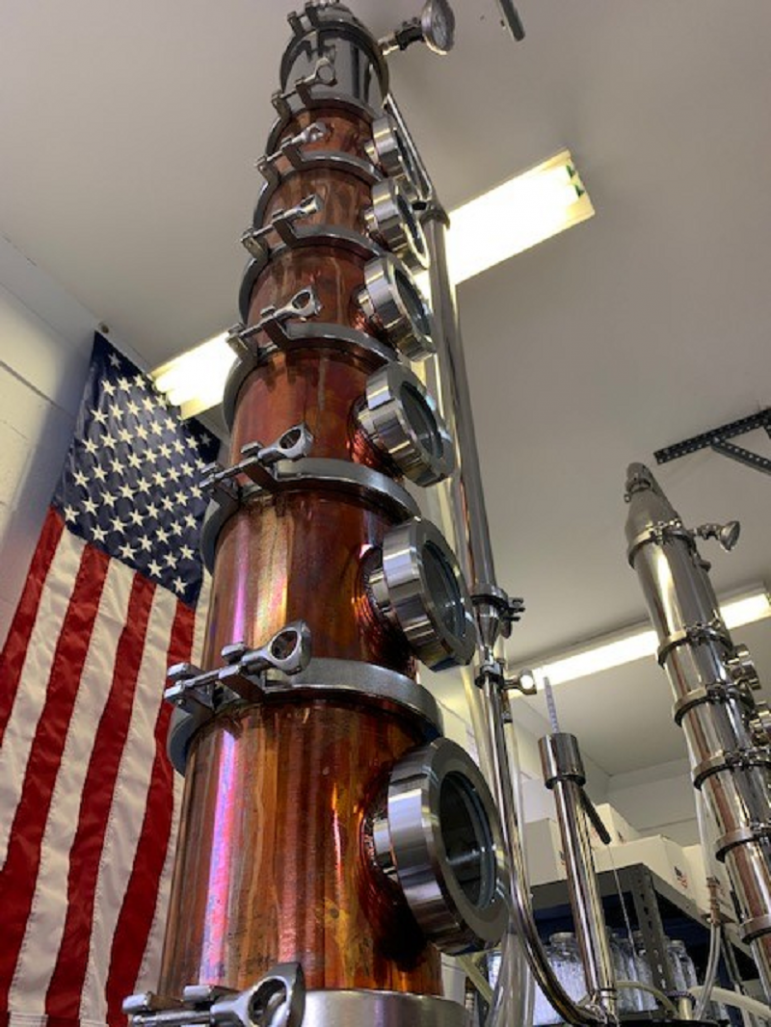 A copper still is used to produce hand sanitizer for the fight against COVID-19 at Wardog Spirits in Lower Saucon Township.