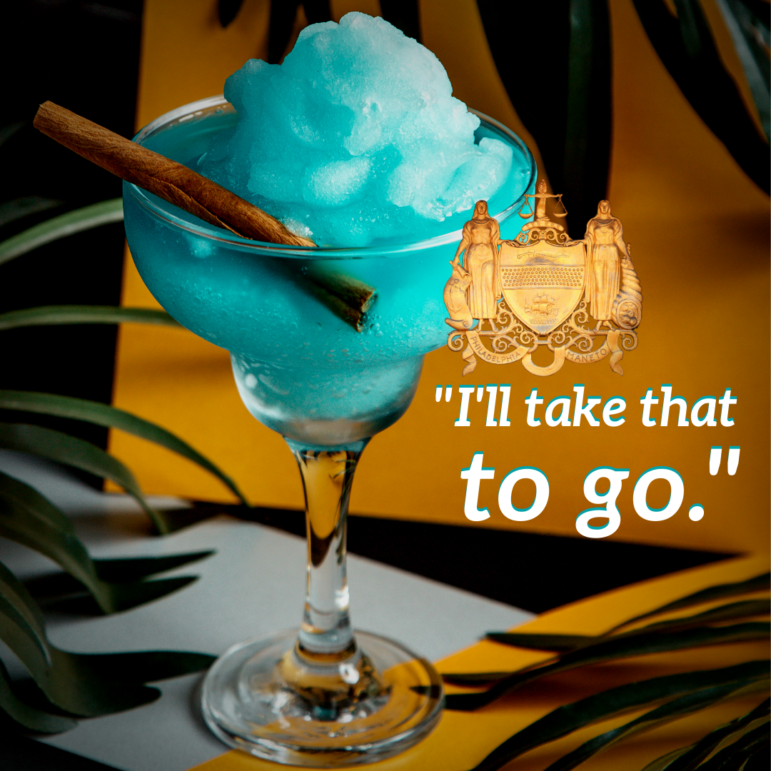 If you’ve ever dreamed of picking up frozen margaritas curbside on your way to a friend’s pool, this could be your summer of fun.

Pennsylvania isn’t exactly known for its liberal liquor laws, but the coronavirus pandemic has led to some loosening of the state’s notoriously restrictive sales system, and that could continue if a bill to allow mixed drink sales ‘to go’ is signed by Gov. Tom Wolf.

State Sen. Lisa Boscola highlighted House Bill 327 and the changes it would mean for both consumers and establishments with liquor licenses in an email update Friday.

The bill would permit the sale of mixed drinks for off-premise consumption during the COVID-19 disaster by anyone possessing a valid restaurant or hotel liquor license, and is intended to provide relief for licensees that have lost more than 25 percent of their average monthly sales–including alcohol sales–as a result of the emergency.

It does include a number of restrictions on the sale of the drinks.

Liquor licensees would be permitted to sell sealed containers of mixed drinks in servings of four to 64 ounces only until 11 p.m.

A sealed container can be something as commonplace as a red Solo cup with a lid on it; a lid whose sipping holes or straw opening must be capped with an additional seal to help prevent drinking and driving, according to the bill.

“The takeout drink sales would be permitted only during the emergency and for the period after the emergency during which a licensee is operating at less than 60 percent capacity,” Boscola’s update said.

The four-ounce minimum is intended to prohibit the sales of shots, her announcement noted, and club licenses such as those held by American Legion posts are not eligible to sell mixed drinks under the bill.

Another requirement of the mixed drink sale system is that drinks will have to be sold with “meals,” although Boscola noted that the bill “does not define what constitutes (meals).”

The bill also will allow one licensee to sell liquor to another, allowing a restaurant or bar that chooses not to reopen to cut unneeded inventory.