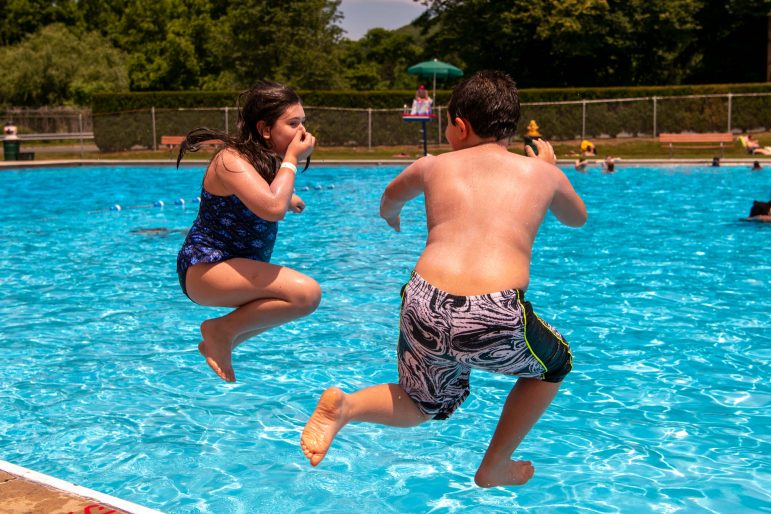 At 80 years young, the Hellertown Pool is still one of the largest municipal swimming pools in the area. Borough officials recently made the decision to close the pool this summer because of the COVID-19 pandemic. The pool’s longtime manager and many residents now want them to reconsider. (FILE PHOTO)

The members of Hellertown Borough Council may get a taste of what it’s like to be Gov. Tom Wolf these days Monday, when they’re faced with a community uprising of sorts involving the borough swimming pool.

Like Wolf–who has recently come under fire from some county officials for his cautiously phased COVID-19 reopening strategy–borough officials have been criticized for deciding that the pool will remain closed this summer because of the coronavirus pandemic.

Longtime borough pool manager Ed Kolosky will make the case for opening the pool this season at the meeting, which will be held virtually via WebEx beginning at 7 p.m.

He is expected to present council with a petition by local residents to open the public pool; a petition that as of Saturday afternoon had received nearly 400 signatures.

Addressed to Mayor David Heintzelman–who would only vote on the matter in the event of a tie among council members–the petition by Rori Prushinski asks for the decision to be reconsidered.

Prushinski and her husband, Jason, acknowledged that there are challenges associated with reopening the pool but said they can be overcome for the benefit of the community.

Kolosky agreed, and in signing the petition Saturday, commented that “this community deserves an attempt to open (the pool) this summer.”

Also endorsing the idea of opening the pool with his signature and a comment was Saucon Valley School Board member Michael Karabin.

“I am 70 and use to swim 5 or 6 days a week this is as much a nightmare as coronavirius,” he said in a comment about why he signed the petition.

Many residents who’ve signed it say they are doing so on behalf of the children in the community.

Under “reasons for signing,” many also argue that admittance to the pool should be restricted, with only borough and Lower Saucon Township residents allowed entry.

“Perfect opportunity to get rid of the riffraff from out of town!” added Jennifer Schmell. “Hellertown & Lower Saucon residents ONLY!!!”

Both municipalities help to fund the pool annually, although it’s the higher-priced admission and pass fees paid by non-residents are what typically help keep the facility from going too far into the red.

“Red” is where Hellertown and Northampton County currently are according to Wolf’s phased reopening plan for the state, meaning that residents are under a stay-at-home order and all businesses except those deemed life-sustaining and essential are closed.

According to “Recreation and Park Facility Reopening Guidelines based on the process to Reopen Pennsylvania” by the Pennsylvania Recreation & Park Society, under the red phase indoor and outdoor pools, splash pads and other aquatic structures should be closed. 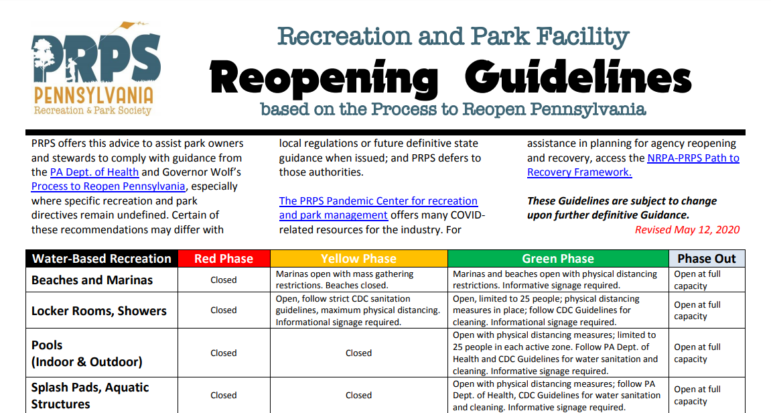 Hellertown officials are expected to consider these reopening guidelines for public pools when they evaluate a request to open the borough swimming pool Monday.

The organization also recommends that they be kept closed under the yellow phase, which is the next phase Northampton County will move to, although it is unclear when that will happen.

The county is currently under the red phase until June 4, unless it meets state criteria for an earlier move to the yellow phase. One of those criteria is for no more than 50 new cases per 100,000 residents to be reported during a 14-day period.

Northampton County had 59 new confirmed cases of coronavirus Saturday, per the Pennsylvania Department of Health. The county has approximately 300,000 residents, so the number of new cases in two weeks cannot exceed 150, in order to meet that criterion. According to department of health data, in the two-week period ending May 16 Northampton County reported 477 new cases, or more than three times the number that would help qualify it for the yellow phase.

Under the third and final or “green” phase of Wolf’s reopening plan, the PRPS guidelines recommend reopening pools with social distancing measures in place and limiting the number of people in each “active zone” of the facility to 25. Pool facilities would also need to follow Pennsylvania Department of Health and Centers for Disease Control guidelines for water sanitation and cleaning, as well as post informational signage.

Currently, no Pennsylvania counties are in the green phase, nor has there been any indication from the Wolf administration about when some counties may move to that phase, after which all facilities would be able to again open at full capacity.

The first counties to move to the yellow phase are in north central and northwestern Pennsylvania, and graduated to that less restrictive designation May 8. Under it, public gatherings are limited to a maximum of 25 people.

By May 22, nearly three quarters of Pennsylvania’s 67 counties will be part of the yellow phase, however the Lehigh Valley, the Philadelphia metropolitan area, and much of south central Pennsylvania and the Poconos will still be under the red classification.

Typically the Hellertown Pool opens for the season the day after Saucon Valley graduation. Although the ceremony will be drastically different due to social distancing requirements, this year’s ceremony is expected to take place on Friday, June 5.

Pool staff were informed several weeks ago that they would not be needed this summer.

To view the agenda for Monday’s borough council meeting as well as information about how to register to join it online, click here.