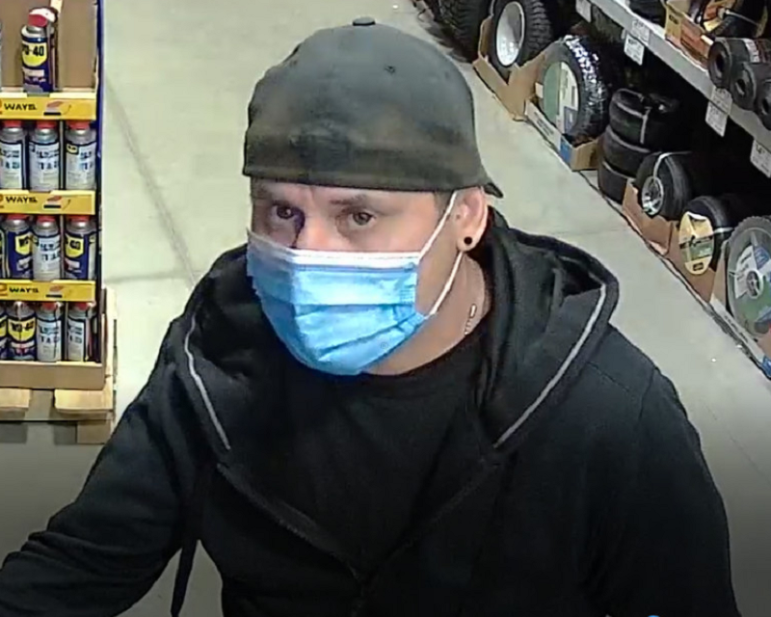 Richland Township Police want to identify this man, who they say stole a chainsaw from the Lowe’s home improvement store on Rt. 309 May 8. Identification will be more difficult because he was wearing a face mask at the time of the alleged theft, which is a requirement by the Pennsylvania Department of Health instituted to help stop the spread of the coronavirus.

Under ordinary circumstances anyone wearing a face mask in a place of business would likely draw scrutiny for concealing their identity. But due to the ongoing coronavirus pandemic that’s no longer the case, and some enterprising criminals are apparently using the Pennsylvania Department of Health mask order enacted April 19 to their advantage.

An example of this was highlighted by Richland Township Police Tuesday in a post on their Crimewatch site.

Police said they are trying to identify a face-masked man who stole a Husqvarna chainsaw valued at $400 from the Lowe’s home improvement store at 1001 S. West End Blvd. (Rt. 309), Quakertown, on May 8 at about 10 a.m.

Police shared photos of the man who was wearing a blue surgical-style face mask at the time. In one of the photos, the man has the mask pulled below his chin, however that image was captured from further away and it’s difficult to see the man’s face in it.

The man was wearing black clothing at the time along with a distinctive black Harley-Davidson baseball cap with a skull and two studs sticking out the front of the cap.

According to police, he cut the cable securing the displayed chainsaw and walked out of the store entrance, running to a truck he had parked a short time earlier. The truck is described as a grey four-door Dodge Ram 1500 series pickup, and police said he was last seen driving away in it in the direction of the Giant Food Store that is located in the same shopping plaza.

Anyone with information about the man or the theft is asked to contact Detective John Burke of the Richland Township Police Department at 215-536-9500 or to submit an anonymous tip at 215-536-6967 or online via the Crimewatch site. 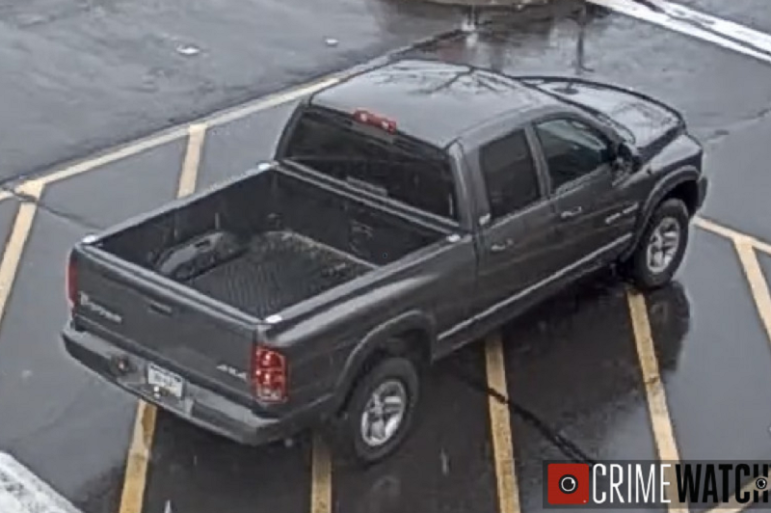 Richland Township Police said the unidentified man who stole a chainsaw from Lowe’s May 8 was driving this grey four-door Dodge Ram 1500 series truck at the time. 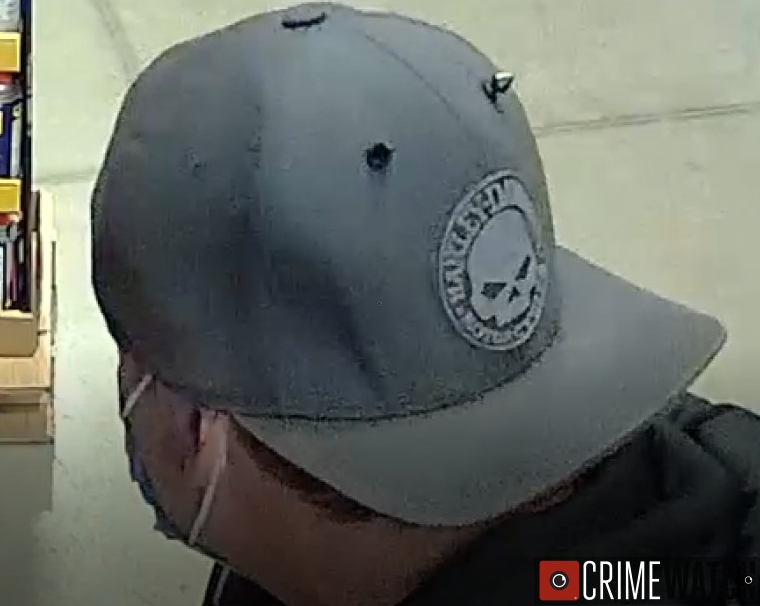 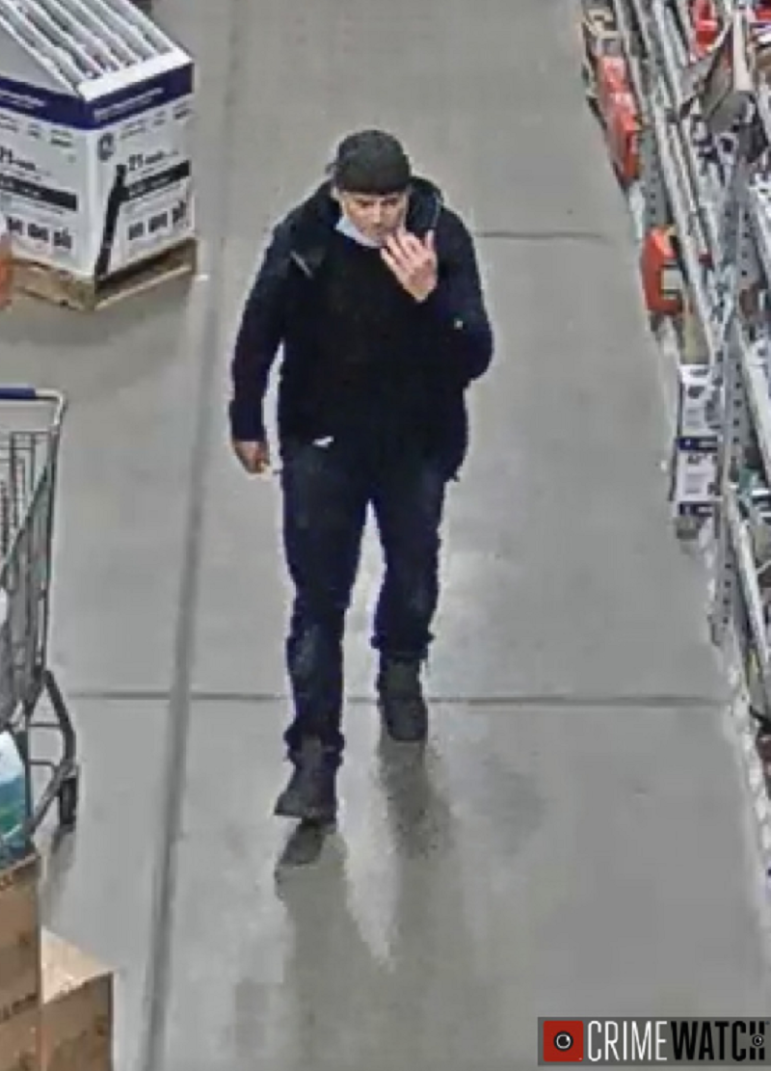 In this photo the man appears to have his face mask pulled underneath his chin in order to touch his face. Unfortunately for police the level of detail in this image is less than ideal for making a positive identification.