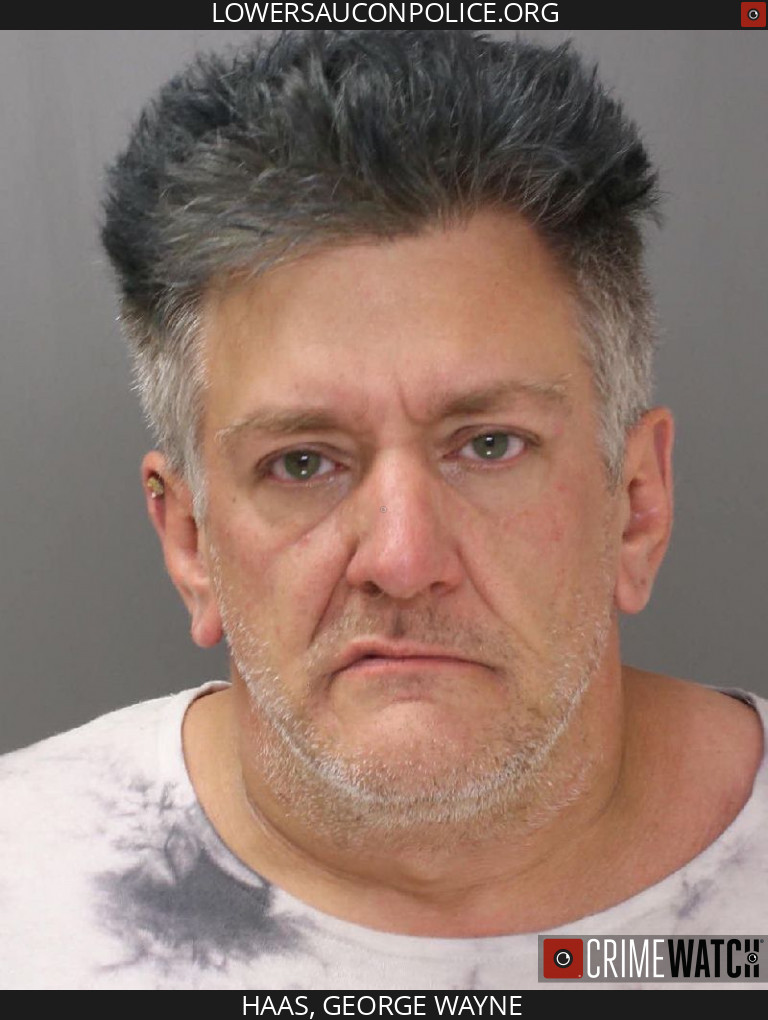 An Allentown man became “extremely nervous” following a traffic stop before allegedly admitting to an officer that there “may be ‘meth’ in the car,” Lower Saucon Township Police said in a post published on their Crimewatch site Friday.

It turns out there was a “large amount” of suspected methamphetamine in the vehicle, according to police, and the man who was behind the wheel is now charged with felony possession with intent to deliver it.

Police said George Wayne Haas, 47, was stopped May 21 for allegedly running a stop sign at Seidersville Road and Old Philaelphia Pike, and that he initially began acting nervous after he was told his driver’s license was suspended for a DUI-related conviction.

Nevertheless, police said he gave his consent to search the vehicle, which was when they said they allegedly found the suspected meth in two bags along with syringes, “various narcotic packaging material,” a digital scale, straws, smoking pipes, a glass jar containing suspected Clonazepam (a prescription tranquilizer and benzodiazapine) and another glass jar containing suspected ecstasy (methyl​enedioxy​methamphetamine or “MDMA”).

Haas is also charged with possession of drug paraphernalia (nine counts), possession of a controlled substance (two counts) and four summary traffic offenses including driving on a suspended license with a blood alcohol concentration (BAC) of .02 percent or higher, according to police and court records.

Online court records showed that as of Friday a preliminary hearing in his case had yet to be scheduled before Northampton County District Judge Alan Mege.