Police said the theft to which Fabrizio pleaded guilty occurred Aug. 2 at the Walmart Supercenter on Rt. 309 near Quakertown.

Fabrizio has a criminal record for identity theft.

Court records show that in 2011 she pleaded guilty to a single charge of felony identity theft after dozens of other charges for forgery and possessing a counterfeit or altered access device were withdrawn in a Hellertown case opened by police the year before.

Lehigh Valley Live reported at the time that Fabrizio admitted to opening 13 credit card accounts in an elderly resident’s name and then running up more than $12,000 in charges on them.

Fabrizio was a caregiver to the woman at the time the crime was committed, the news site reported.

According to court records, Northampton County Common Pleas court judge F.P. Kimberly McFadden sentenced Fabrizio to 60 days to nine months in jail and ordered her to pay restitution to the victim as well as a $500 fine to the court. Fabrizio was also sentenced to a maximum of two years’ probation as part of the plea agreement, records indicate. 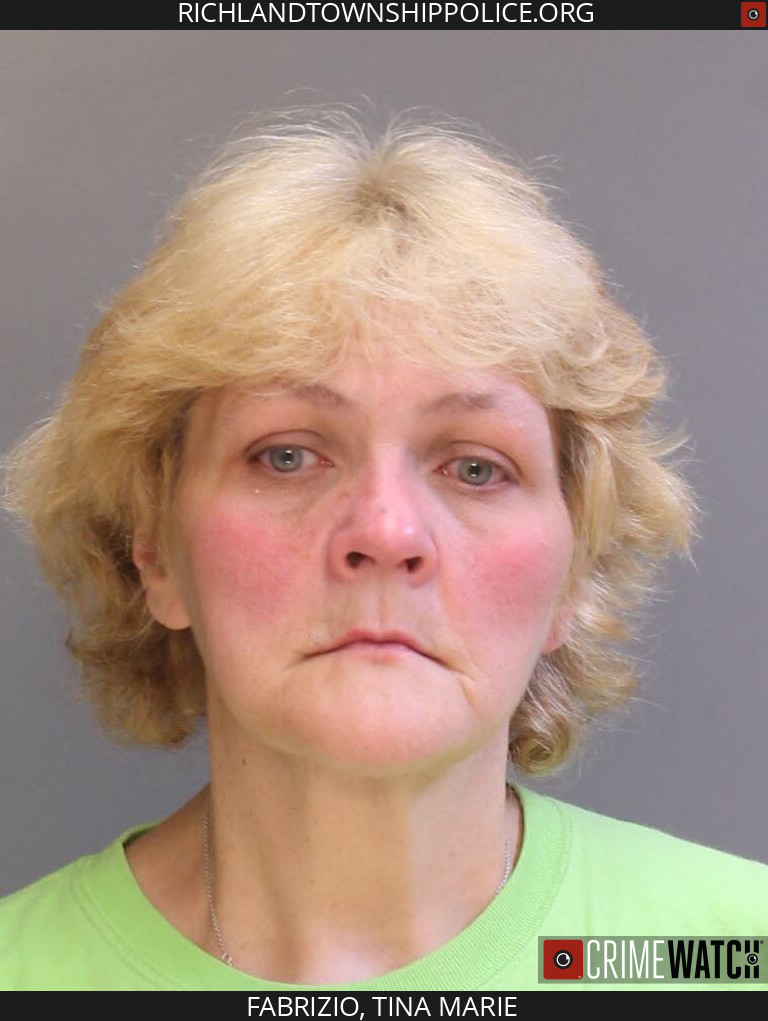 Court records indicate that Tina Marie Fabrizio, 52, of Hellertown borough, pleaded guilty to a retail theft summary citation in Bucks County District Court last month. Richland Township Police said the charge was related to a shoplifting case at the Walmart store on Rt. 309 in the township.