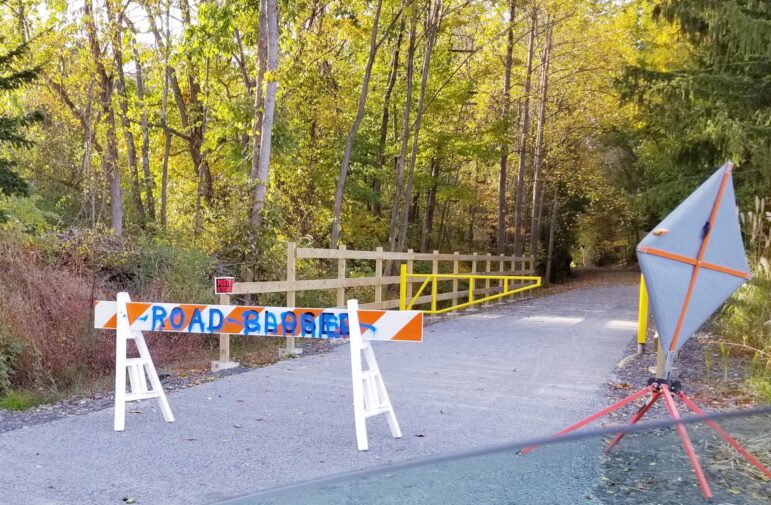 A barricade blocks access to the Upper Bucks Rail Trail at California Road near S. Mine Road in Richland Township, Bucks County. The crushed stone pathway has been under construction for more than a year and is expected to open later this fall.

If you live in the Saucon Valley or Southern Lehigh area, you already know that the Saucon Rail Trail is a scenic path perfect for walking, biking, jogging or simply appreciating one’s natural surroundings. It is also a valuable pedestrian connector between the municipalities of Hellertown borough, Lower Saucon Township, Upper Saucon Township and Coopersburg borough.

The Saucon Rail Trail first opened in May 2011, and after a decade in which its popularity has significantly grown it is about to be extended nearly to Quakertown via the Upper Bucks Rail Trail, which has been under construction for more than a year now.

The Upper Bucks Rail Trail will extend from where the Saucon Rail Trail ends–along the Lehigh-Bucks county line near Coopersburg–south through Springfield Township to Veterans Park in Richland Township, which is just off E. Pumping Station Road.

There are plans to continue growing this local trail network by connecting it with existing trails and constructing more miles of trail throughout southeastern Pennsylvania as part of the Circuit trails. The Circuit is a developing 800-mile trail network for walking, biking, rolling and other activities in the Greater Philadelphia-South Jersey region.

That’s great timing, since the Saucon Rail Trail has become even more popular during the COVID-19 pandemic, as many fitness centers, gyms and other indoor recreational facilities have faced restrictions as part of an effort to help stop the spread of the disease.

The Saucon and Upper Bucks rail trails were formerly rail lines which were used for decades to transport freight and passengers by rail to Philadelphia and beyond.

Rail service to the Saucon Valley and Upper Bucks County ceased in the 1970s, and the lines were abandoned by the Southeastern Pennsylvania Transportation Authority (SEPTA), which still owns the majority of the property on which the trails are being built.

In order to turn the lines into trails, long-term leases have been negotiated.

With much of the work already completed, the opening date for the Upper Bucks Rail Trail is forecast to be sometime later this fall.

The Circuit Trails Coalition plans to be part of a ribbon-cutting ceremony that will be held by the Bucks County Board of Commissioners when the trail is about to open. 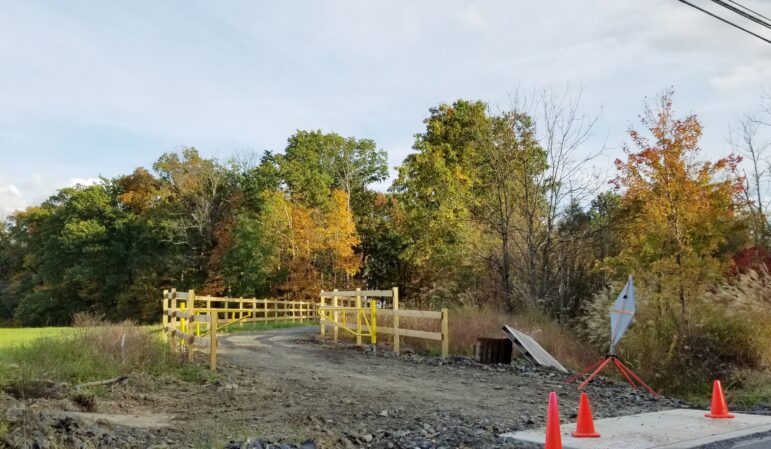 Construction of the Upper Bucks Rail Trail in Richland Township, Bucks County, is nearing completion. The trail will extend from the Lehigh-Bucks County line to Veterans Park, on E. Pumping Station Road just north of Quakertown.