A 21-year-old man from Pipersville was arrested on suspicion of DUI following a Christmas Day crash on Rt. 611 in Nockamixon Township, Bucks County, Pennsylvania State Police at Dublin said in a news release Monday.

Police did not identify the man, but said he was driving a 2008 Dodge Ram 1500 pickup truck north in the 8900 block of Easton Road (Rt. 611) when he lost control of the vehicle as he navigated a slight left-hand turn. Police added that it was subsequently determined that the driver lost control of the pickup after he “hit a patch of black ice.”

After losing control of the truck, police said it went off the east side of the roadway, struck an embankment and utility pole, and overturned before coming to rest on its roof facing west in the northbound lane of Rt. 611.

Police said the driver and a 19-year-old Ottsville woman who was a passenger were extricated from the truck by bystanders. The woman was later taken by Upper Bucks Regional EMS to St. Luke’s Hospital in Bethlehem for treatment of head and arm injuries, one of which was suspected to be a serious injury, the release said.

The driver–who was not wearing a seat belt at the time of the crash–had “minor cuts on both hands and his left knee” but was otherwise uninjured, according to police.

The passenger was wearing a seat belt at the time of the accident, the news release said.

Police said the man exhibited signs of intoxication and was arrested at the scene of the crash, which occurred shortly after 9 p.m.

The section of Rt. 611 where the crash happened is between Revere and Ferndale.

Note: Individuals suspected of or charged with a crime are presumed innocent until proven guilty in a court of law. This story was compiled using information from police documents. 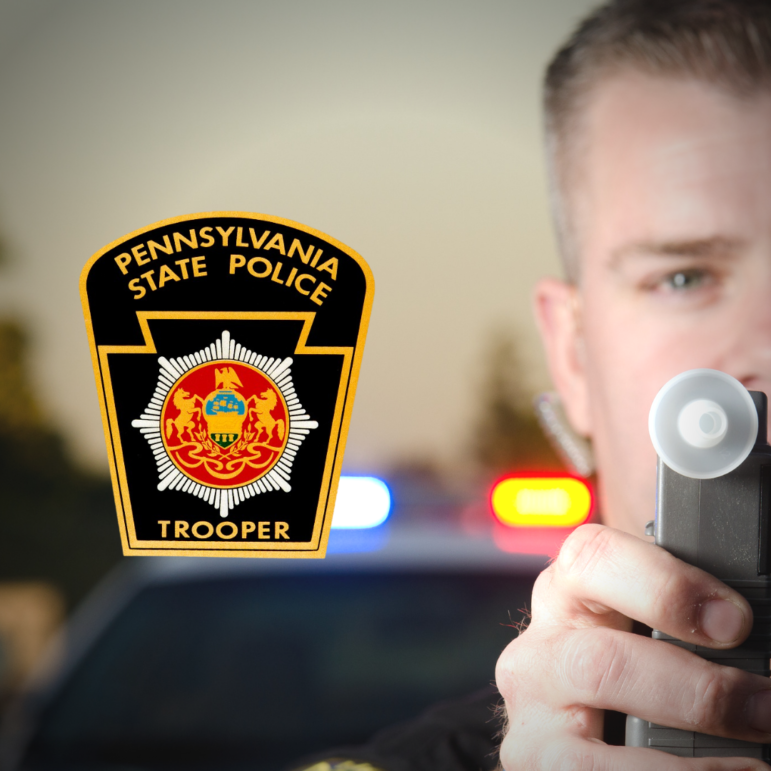