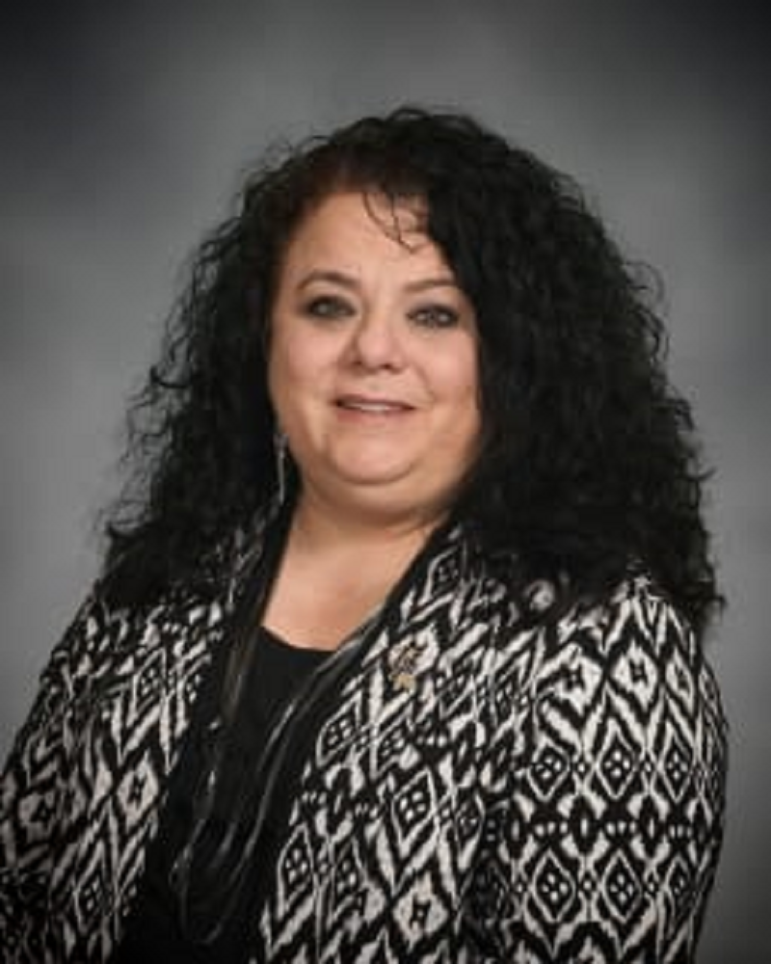 A local school board member who landed in hot water last year for comments about transgender individuals is stoking the flames of controversy yet again by voicing support for the insurrectionists who stormed the U.S. Capitol in a failed coup attempt last week.

Raeann Hofkin (@RaeHofkin), who sits on the Upper Perkiomen School Board, has cited an alleged conspiracy by media to misrepresent what happened Jan. 6, tweeted her belief that Wednesday “was nothing like this last summer” along with a photo that purports to show Washington, D.C., in flames following protests over the death of George Floyd.

“Reminder that our nation’s capital looked like this at the beginning of the summer and most Democrats/media shrugged it off as mostly peaceful,” Hofkin asserted. 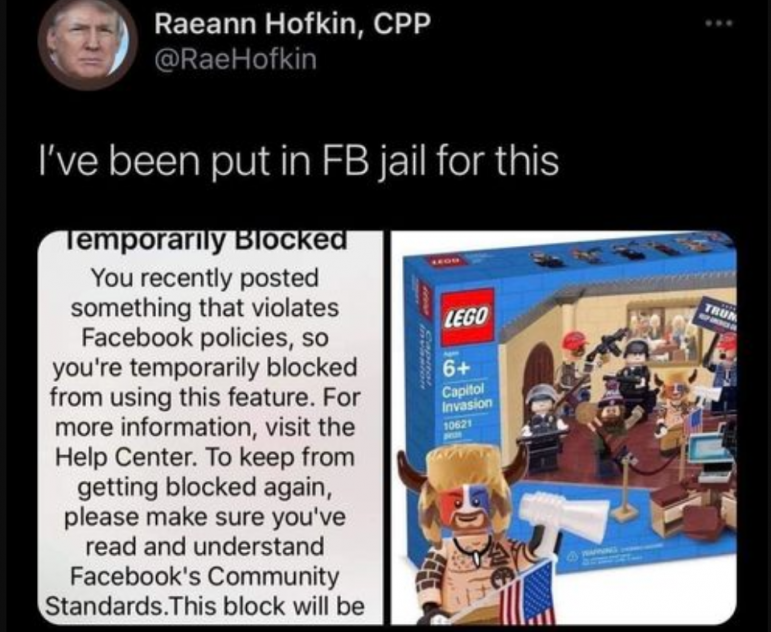 Upper Perkiomen School Board member Raeann Hofkin tweeted that her Facebook account was temporarily suspended after she shared a photo of a LEGO set that makes light of the Jan. 6 storming of the U.S. Capitol. At least five people including a police officer died in the unprecedented insurrection. Last summer, after Hofkin landed in hot water for sharing controversial views, she encouraged fellow school board members and members of the community to “put politics aside.”

On Jan. 10, Hofkin tweeted that she had been put in “Facebook jail” for sharing a meme depicting an imaginary LEGO “Capitol Invasion” toy set that includes characters carrying firearms, some of whom represent actual individuals who have been charged in the attack, which left five people dead.

In another tweet, Hofkin referred to the individuals who stormed the Capitol to stop the counting of Electoral votes to certify Joe Biden’s presidential victory as “patriots” and “harmless.”

Why did capitol police step aside and allow patriots into the most secure bldg in DC? They knew the patriots were harmless. The police escort dropped off the special forces. That’s why things looked weird. The special forces took the lap tops! Brilliant!

“Why did capitol police step aside and allow patriots into the most secure building in DC?” she asked. “They knew the patriots were harmless. The police escort dropped off the special forces. That’s why things looked weird. The special forces took the lap tops! Brilliant!”

In response to that tweet, another user wrote “Harmless? They beat a cop to death.”

Graphic video from outside the Capitol shows officers being pulled into an irate mob, where they were punched and kicked during a siege that lasted hours. The footage embedded below depicts one pro-Trump insurrectionist beating a police officer with a flagpole, reportedly while others nearby sing “The Star-Spangled Banner.”

Here are your harmless patriots. https://t.co/MYssYf0HA3

The 42-year-old police officer who died in the unprecedented attack was reportedly bludgeoned with a fire extinguisher and later suffered a stroke.

Gallows were constructed outside the Capitol building, pipe bombs were found near it and some of those who entered it carried Flex-cuffs and other tactical paraphernalia, leading to speculation that they may have planned to take members of Congress as well as vice president Mike Pence hostage in order to stop the peaceful transfer of power.

Although many officers acted heroically, the response by some Capitol Police officers has been criticized as appearing sympathetic to the insurrectionists, with at least one officer photographed posing for a selfie with a Trump supporter and others seen opening gates or removing barricades in order for supporters to move closer to the building.

Why is a member of the Capitol Police taking a selfie with members of the mob? pic.twitter.com/m75Wmob2NM

On her Twitter profile, in addition to self-identifying as a school board director Hofkin identifies her allegiance to QAnon, a far-right conspiracy theory whose adherents believe there is a deep state involving high-level Democratic politicians and media elite who sexually traffic children and worship Satan. The belief system extends to support for Trump, who is seen by QAnon followers as fighting on behalf of the fictitious group.

Some QAnon followers–such as the so-called “Q Shaman,” Jake Angeli, aka Jacob Chansley–have been identified as participants in the storming of the U.S. Capitol.

TheHill.com reported Monday that FBI investigators had determined by Friday “that no members of the left-wing movement antifa were involved in the storming of the Capitol,” which many Trump supporters have falsely claimed was a false flag by the leftist group.

In response to her posts regarding transsexual individuals last summer, Hofkin was censured and removed from the position of school board president. In a statement at the time, she apologized, said the use of a social media platform to dissseminate her views “won’t happen again,” and added, “I would hope that we can put politics aside.”

The school board subsequently issued a statement in which it said Hofkin’s posts did not represent the board, which it maintained in that statement believes in “inclusion for all.”

According to the school board’s manual, under a section titled Principles for Governance & Leadership, in order to govern effectively board members should “ensure compliance with local, state and federal laws.”

Saucon Source reached out to question school district superintendent Dr. Allyn Roche Tuesday about the latest social media posts by Hofkin, and whether they are in support of lawful behavior at the federal level.

In response we received the following statement from the district:

The Principles for Governance and Leadership are aspirational and serve as a goal template for how Board Members conduct their roles, responsibilities and Board business. The District does not comment on the social media activity of our Board members. The administration does not  have any jurisdiction or oversight as it pertains to the personal social media posts and activity of Board members. We will defer to Mrs. Hofkin if she would like to comment.