The Masonic Temple in Bethlehem is being demolished. The site at 202 Wyandotte Street is surrounded by a high fence. From the front, the building looks intact. But at the rear, demolition is taking place to make way for a future development that will include a hotel, event center and apartments. The historic Wilbur Mansion on the site is being restored as part of the development, but the temple building was determined to be unsalvageable.

On the rear right side of the structure, passersby may notice that a tall chimney made out of tan brick is now wrapped conspicuously in strips of yellow caution tape. 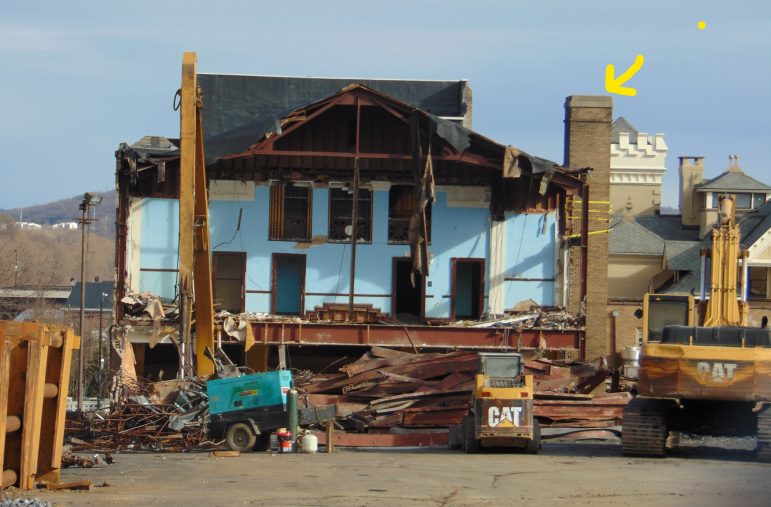 The chimney that was part of the Masonic Temple is being preserved because it’s a home for a threatened bird species. The developer of the property, John Noble of Lower Saucon Township, has wrapped it in yellow caution tape as part of the effort.

The tape is symbolic of an effort now under way to save the chimney, which is 96 years old but isn’t being preserved for its architectural value. Instead, it’s being saved for the sake of the chimney swifts; rare birds who call it home.

A chimney swift is a bird with short legs and long wings. Chimney swifts typically eat insects, preying on flies, wasps and other pests.

The species is classified as Threatened–which is a conservation status approaching Endangered–and is dependent on humans for nesting areas. As their name implies, the swifts frequently nest in chimneys, about which they’re choosy. The chimneys must be constructed of masonry and can’t be clad in metal. Their nests are small–about four or five inches in diameter–and do not interfere with the function of a chimney. 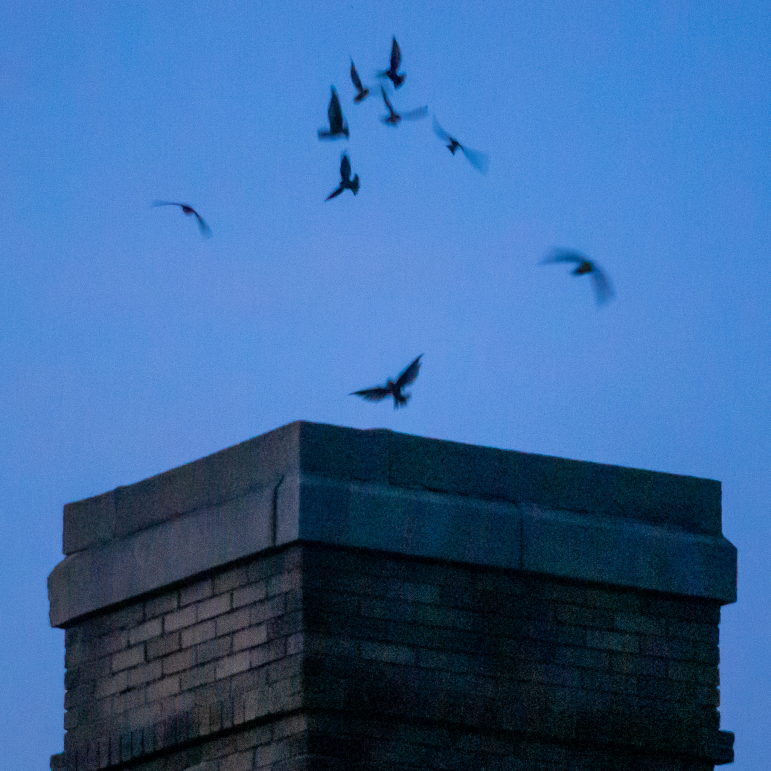 Chimney swifts are the reason behind a unique effort to preserve part of the Masonic Temple in Bethlehem, which is being demolished after falling into disrepair.

A large flock of chimney swifts returns to the Masonic Temple chimney annually to nest and raise their young. In fact, the 40-foot high, five-foot square chimney is the spring and summer home for tens of thousands of chimney swifts.

John Noble, the Lower Saucon Township developer who owns the property, is committed to preserving the birds’ habitat. He is attempting to save the existing chimney, which has been wrapped in caution tape so the on-site demolition crew knows to avoid it. Once the building is down, Noble said workers will try to reinforce the chimney as a standalone structure. Should that effort fail, an identical freestanding chimney will be built on site.

The Lehigh Valley Audubon Society is helping to save the birds by raising money for the preservation or replacement of the chimney. Save Our Swifts is the name of their GoFundMe page dedicated to the cause. Their goal is to raise $50,000, which would be contributed to it upon completion of the chimney project. 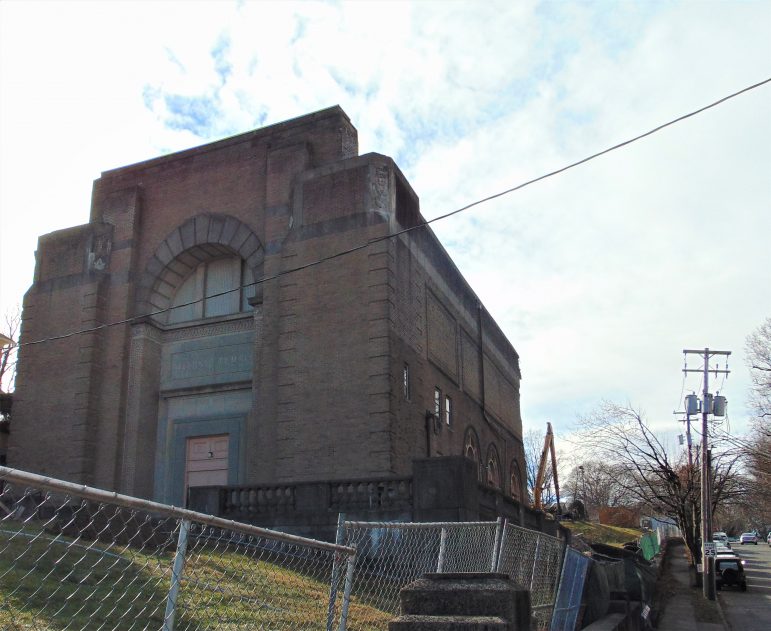 Built in 1925, the Masonic Temple on Wyandotte Street was for decades a premier venue for weddings and other social events in the Lehigh Valley. After falling into disrepair, the imposing building sat vacant for a number of years. As part of a redevelopment project, the temple is now being torn down to make way for a hotel, event center and apartments.