Richland Township Police say a woman believed to have stolen two charity cash boxes from a Wawa on Rt. 309 last week was driving the pictured vehicle at the time. They said the vehicle is a 2000-2006 Acura MDX. The theft occurred Friday, Jan. 15 at around 10:15 a.m. The money in the boxes was being collected by the Wawa Foundation for Special Olympics.

A woman who allegedly stole hundreds of dollars intended for a national organization that supports children and adults with intellectual and physical disabilities is wanted by Richland Township Police.

In a post on the department’s Crimewatch site Tuesday, police said the money was contained in two plastic charity boxes that were located on the counters of the Wawa convenience store at 600 N. West End Boulevard in the township. The store is on the northwest corner of Rt. 309 and W. Pumping Station Road.

According to police, video surveillance shows “a white female dressed in a black hooded coat, black pants and flip flops” enter the store at around 10:15 a.m. Friday and linger there for approximately 18 minutes.

“She removes one charity box and takes it to her car, then comes back inside the store where she loiters several minutes before stealing the second charity box,” police said.  “The boxes were reported (to be) almost full, and typically hold about $200 each.”

Richland Township Police are requesting assistance with identifying the woman and her vehicle, and can be reached through Crimewatch or at 215-536-9500 or via their anonymous tip line at 215-536-6967. 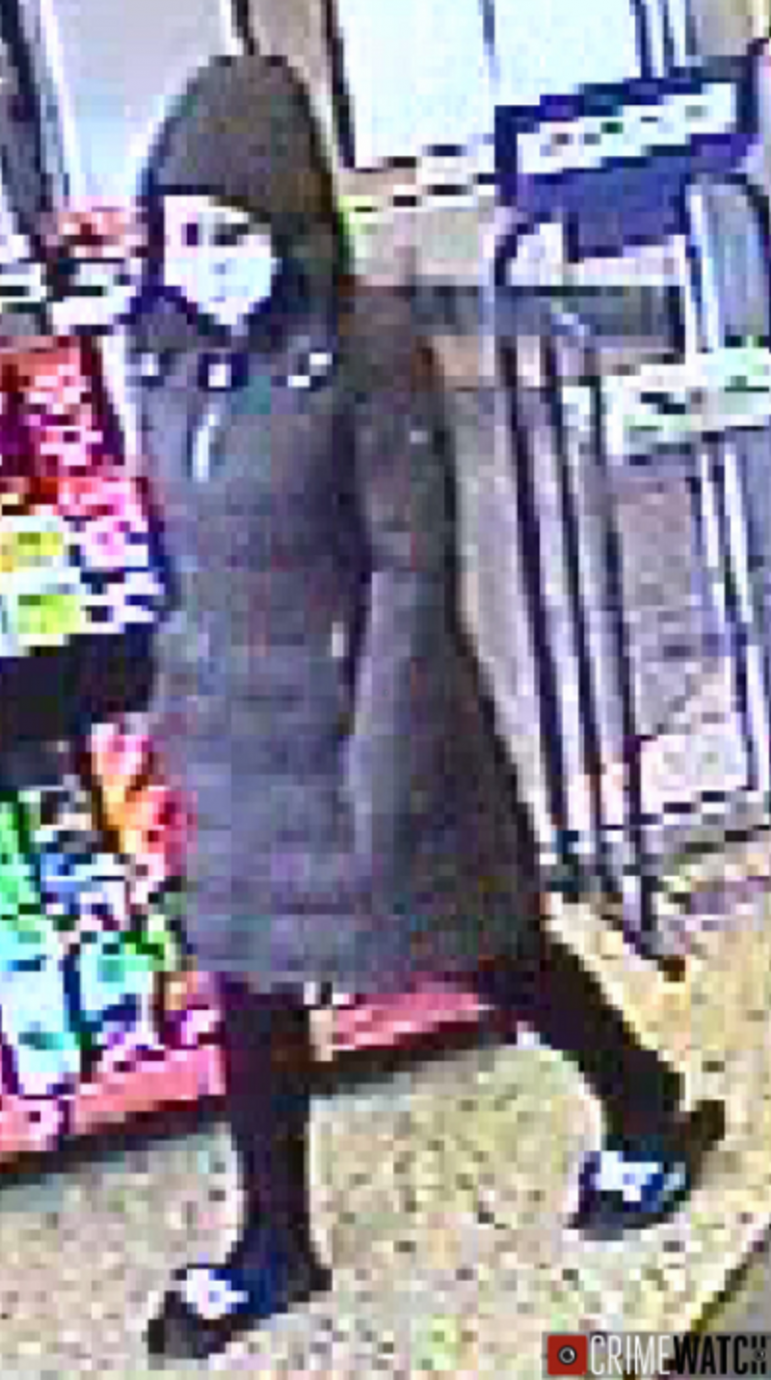 Richland Township Police released this grainy store surveillance image of a woman they say stole two cash boxes from the Wawa store at 600 N. West End Boulevard in the township Jan. 14. Police are asking for the public’s help identifying her.