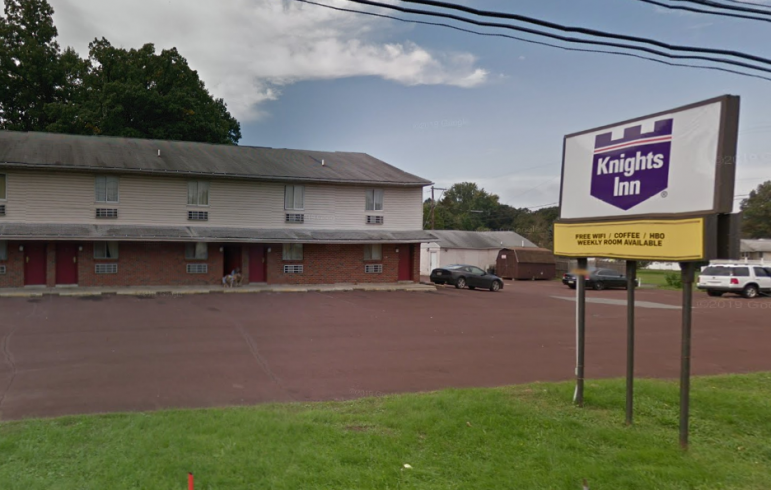 Above, the Knights Inn at 4942 Rt. 309 in Upper Saucon Township, as it appeared in October 2018. Authorities say the roadside motel was the scene of a robbery Feb. 15. A Phillipsburg, N.J., man has been charged in the case. (FILE PHOTO)

A man from Phillipsburg, N.J., is facing charges in connection with a Feb. 15 robbery a the Knights Inn in the 4900 block of Rt. 309 in Upper Saucon Township.

Channel 69 News cited a criminal complaint filed in the case in reporting Friday that Jermaine M. Floyd, 37, of Brainard Street, allegedly entered a room at the establishment, held a woman and her sister at gunpoint and stole $700 from one of them.

According to the news story, the woman who was robbed of the money told police she’s known Floyd for seven years and provided authorities with a Facebook photo of him.

The criminal court docket filed in Floyd’s case indicates that he is charged with Felony 1 robbery, Misdemeanor 1 theft and Misdemeanor 1 receiving stolen property.

Floyd was freed on $25,000 bail after a professional bail bondsman posted the security on Thursday, the docket states.

A preliminary hearing in the case is scheduled to be held Monday, March 29 at 9:15 a.m. before District Judge Daniel Trexler in Coopersburg.