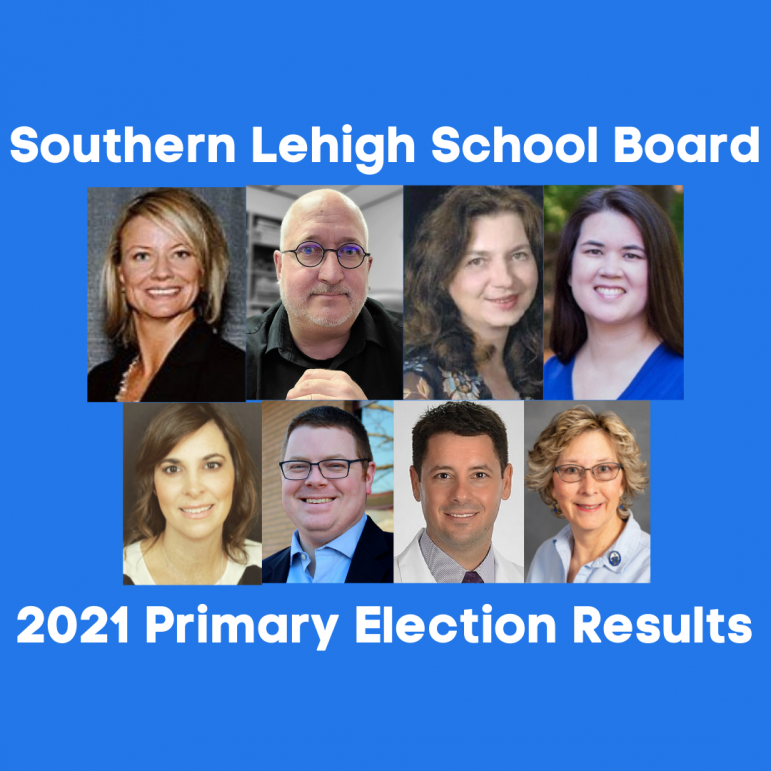 Out of 11 candidates who ran in the primary, eight have advanced to the general election in the fall. Above, top row from left: Melissa Torba, Stephen Maund, Mary Joy Reinartz and Nicole Dolan; above, bottom row from left: Nicole King, Glenn Laverty, Christopher Wayock and Kathleen Parsons. Parsons is the only incumbent who is running for re-election.

The votes are in and counted, and according to unofficial Lehigh County primary election results, the race for Southern Lehigh School Board will be a bit narrower in the fall.

Eleven candidates were running in Tuesday’s primary, with all but one cross-filed to appear on both the Democratic and Republican ballots. Only the top four vote-getters on each ballot advance to the general election, which is for four seats on the board.

The top four Democratic vote-getters were (*denotes an incumbent):

The top four Republican vote-getters were:

Since the Democratic and Republican slates of top-four finishers included no overlap, there will be eight candidates for Southern Lehigh School Board director on the ballot in Nov. 2: Christopher Wayock, Kathleen Parsons, Melissa Torba, Mary Joy Reinartz, Stephen Maund, Glenn Laverty, Nicole Dolan and Nicole King.

The results from Tuesday’s primary will not be official until they are certified by the county. Certification typically happens 10 days to two weeks after an election is held.