A serious staffing shortage has impacted many businesses and industries this summer, and the contractor who operates the Lehigh and Northampton Transportation Authority’s (LANTA) door-to-door paratransit van service is no exception. 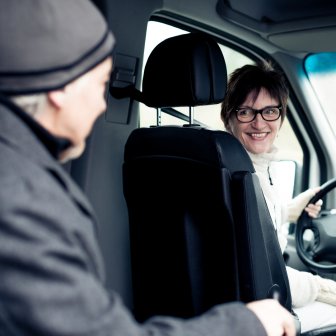 Easton Coach Company, which operates the LANtaVan door-to-door service for seniors and persons with disabilities, is trying to hire enough drivers to meet the demands of the system, LANTA said in a news release Monday.

“They are pulling out all of the stops by raising wages and using hiring bonuses,” said LANTA Executive Director Owen O’Neil.

According to an Easton Coach job listing on Indeed.com, the company is now paying new drivers $12 and up, along with a $1,000 sign-on bonus after 60 days of employment.

A CDL is not required to be a paratransit driver, however applicants must possess a valid Class C driver’s license. must have a safe driving history, must be 21 or older and must be able to pass a PennDOT physical as well as a drug test.

“Having a shortage of drivers has a serious impact on the service,” O’Neil said, noting that the driver shortage means there are more late trips and longer travel times for riders.

The shortage isn’t unique to the Lehigh Valley. In fact, public transit systems across the country have been feeling the pinch caused by driver shortages, the news release said.

“Driver staffing is a problem across the board,” O’Neil said, adding that “some transit systems have already, or are contemplating, introducing limitations on service hours to address the issue.”

Anyone interested in applying for a job as a LANtaVan paratransit diver can find additional information online at EastonCoach.com under “Employment” or by calling 610-253-4055. Applications are being accepted for both full- and part-time positions and on-the-spot interviews for walk-ins are being held at Easton Coach’s locations in Easton and Whitehall, according to the Indeed job listing.

Benefits include a matching 401(k), dental insurance, health insurance, life insurance, paid time off and vision insurance, according to the job description.