O’Donnell, who currently volunteers in the community by serving as president of the Friends of the Hellertown Area Library, told those in attendance of last Monday’s planning commission meeting that he was looking forward to the new opportunity after recently earning a master’s degree in public administration from Villanova University.

“The planning commission looked like a good opportunity for me to roll up my sleeves and start applying some of the skills that I recently acquired in graduate school and put them into practice,” said O’Donnell, who has lived in the borough with his wife since 2011. 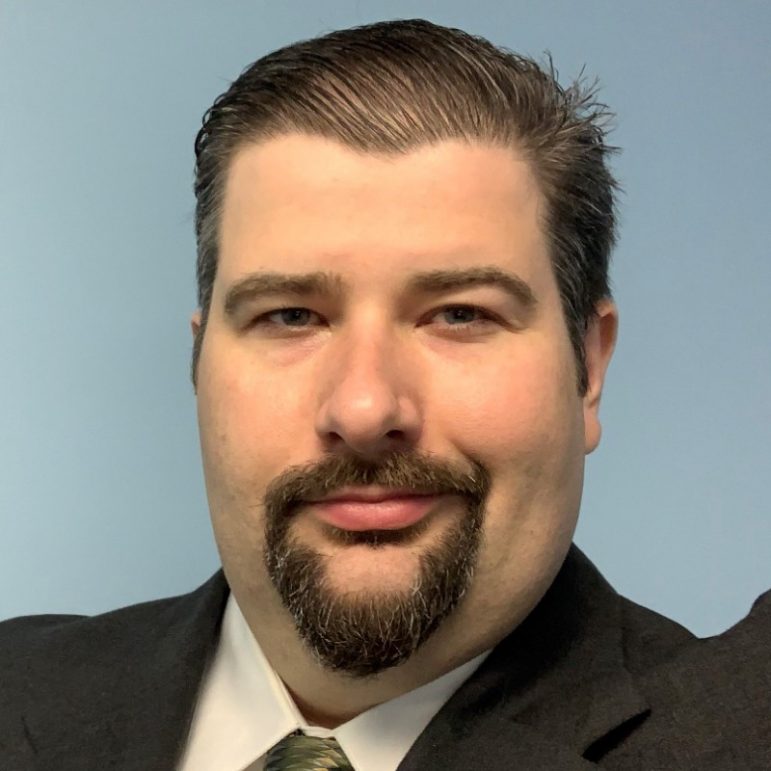 Hellertown resident Lawrence “Larry” O’Donnell recently earned a master’s degree in public administration from Villanova University. He is the assistant director at Lehigh Learning Academy and serves as president of the Friends of the Hellertown Area Library. O’Donnell has lived in the borough with his wife since 2011.

Former commission member Francene Drake and Hellertown Mayor David Heintzelman were also vying for the seat left vacant when Phil Weber announced his resignation last month. Weber’s term on the commission was set to expire at the end of 2021.

O’Donnell said an important function of the planning commission moving forward will be to figure out how to best use Hellertown’s land and resources in a post-COVID world.

“I think that COVID has really shifted, possibly, how we think about zoning issues, land-use issues and things like that as people are going to be wanting more access to public spaces and outdoor venues,” he said. “So now, with a little bit of hindsight, maybe we can plan for a slightly different future.”

O’Donnell also pledged to work with the community to plan for a Hellertown that fulfills everyone’s needs, which is something he said is easier to do now with the use of Zoom and other communication technology that has become popular throughout the pandemic.

“(Zoom) has allowed me to tune in to borough council meetings a lot more, and I think it’s widened the net that we can get community involvement in,” he said. “If we can solicit more opinions and feedback from the members of the community we can find out how they want to use the space in town even easier.”

When asked about what types of land use he would like to see more of in Hellertown, O’Donnell said he’d like to see some of the borough’s vacant storefronts be filled. He suggested that the borough could try to attract more niche businesses, such as Saucon Valley Bikes, that attract destination-type visitors.

An assistant director at Nazareth’s Lehigh Learning Academy, O’Donnell said he first became familiar with Hellertown as he traveled down Main Street while working as a liaison between the academy and Saucon Valley High School.

He told members of the planning commission that Hellertown reminded him of the small towns he’s lived in all of his life.

“I really like the community we can build in a small town, and I think that we’re in a very unique position in the Lehigh Valley, because we have such access to larger cities, urban areas as well, but we can also take a walk down the street and be on a farm,” O’Donnell said. “We have a really unique place, especially in Pennsylvania, and I think we should harness that as best we can.”

Following brief statements from all three candidates, the five sitting members of the commission voted unanimously to recommend O’Donnell’s appointment to the vacant seat. It will be up to Hellertown Borough Council to officially appoint O’Donnell to the seat, which he would hold until December of this year.

Commission member Joseph Pampanin told Drake and Heintzelman they are welcome to run for the other open seat, which was recently left vacant with the death of commission member Dave Kuhns.

Whoever is appointed to that seat would hold the position until the end of 2024.

The Hellertown Planning Commission plays an important role in the borough’s land development process, which has seen an uptick lately as developers and borough officials work diligently to build on Hellertown’s remaining undeveloped land.

At the end of Monday night’s meeting, members of the commission approved plans for a new public works facility in the borough. A mixed use building on Kichline Avenue and a contentious rezoning decision along Easton Road have also garnered recent attention.