One of the most common Google searches is a question that begins with “why” and ends with “is getting so expensive?” Inflation is a concern for many Americans–perhaps, even an obsession–and when you look at what food and household wares cost a century ago, it isn’t difficult to understand why.

The two ads below appeared in the Morning all in the early 1920s, and highlight prices you’ll probably wish you could pay today.

In their Dec. 23, 1922 ad, Union Meat Market at 919 Hamilton Street in Allentown advertised specials on Christmas dinner table staples and urged customers to “come early” to get their pick of the best cuts from their butchers.

A one-pound loaf of bread was 5 cents and mixed nuts were 25 cents a pound.

The store was also open Friday evening until 8:30 p.m., to help shoppers stock up.

On Aug. 31, 1921, H. Leh & Co. advertised an end-of-summer sale at their department store at Hamilton and Seventh streets in Allentown. Along with Hess Brother’s, Leh’s (as it was commonly known) was a major draw for shoppers to the city’s downtown.

To put those prices in perspective, something that cost $12.95 in 1921 would cost approximately $197.50 today, when inflation is taken into account. However, that 10-cent saute pan would still be a bargain 100 years later, when it would cost only about $1.50. 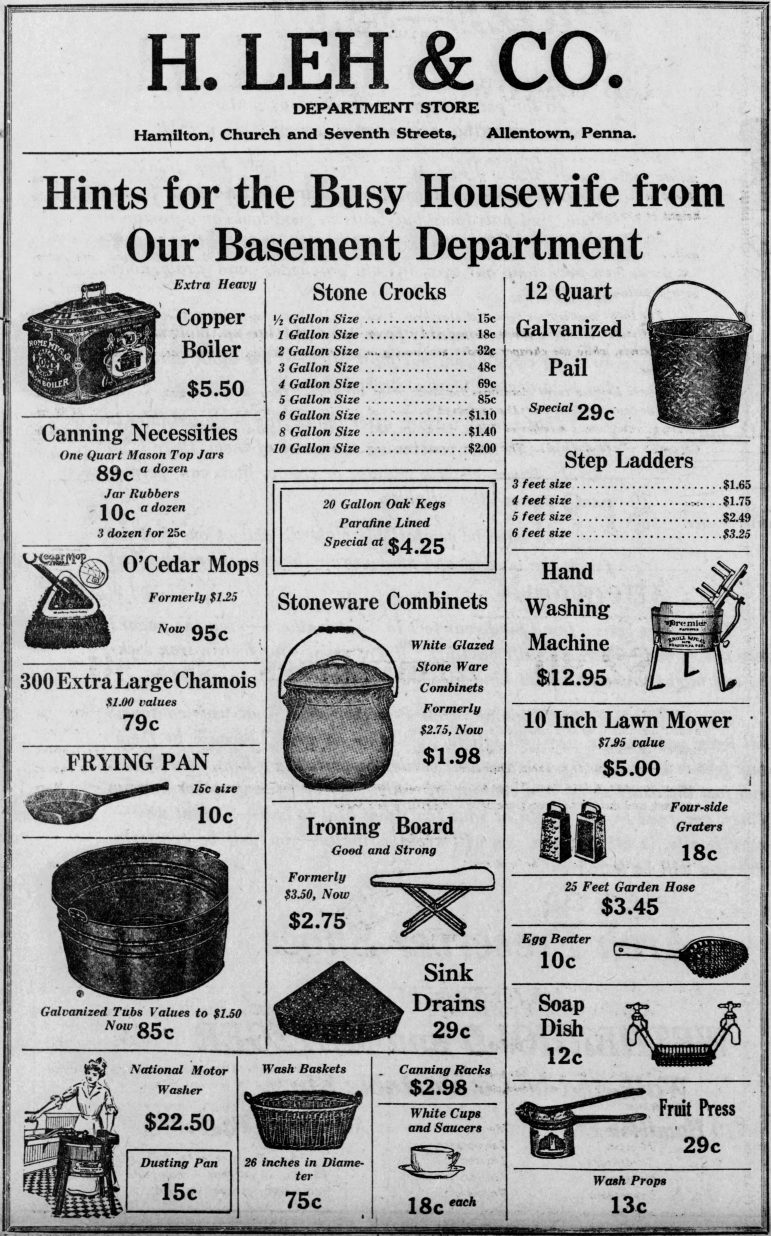