A charity motorcycle ride is coming to Hellertown, and animal lovers may want to take note.

The 2021 Pipes 4 Paws motorcycle ride will take place on Sunday, Sept. 26 at 1 p.m. During the event, local bikers will ride from Whitehall’s Mission BBQ to Dewey Fire Co. in the borough to raise money for local abused, neglected and abandoned animals.

“We’re expecting a good 800 people for that, especially if the sun is shining,” Hellertown Mayor David Heintzelman said at the borough’s Sept. 7 council meeting.

“Pipes 4 Paws is believed to be the largest charity motorcycle ride in the world with the specific purpose of being against dog and animal abuse,” a Facebook page for the event reads.

Heintzelman also announced at Tuesday’s council meeting that the event will feature a performance by Last Child, an Aerosmith tribute band, at Dewey Fire Co.

Registration for the event will begin at 1 p.m. at Mission BBQ, which is located at 1421 Grape Street in Whitehall. Event organizers are asking for a $20 donation per rider, and $10 donation per passenger.

“We will have a DJ and t-shirts will be available for purchase but in limited quantities, so come early,” the event page reads.

The ride will begin promptly at 3:30, and riders will be escorted to Hellertown by the Allentown Police Department on their motorcycles. A meal will be provided at Dewey for everyone who participates in the ride. 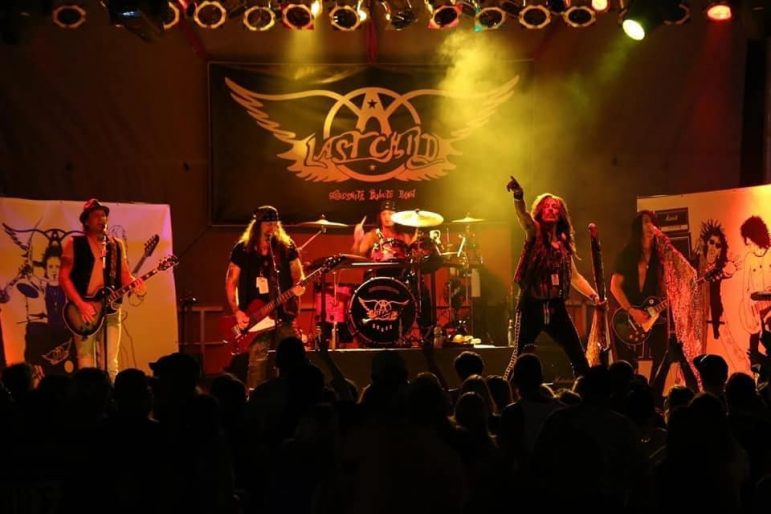 Pipes 4 Paws will be donating funds raised by the event to Logan’s Heroes Animal Rescue in East Greenville.

“Over the past several years, this event has raised and officially donated over $75,000 to local shelters,” event organizers said.

Pipes 4 Paws organizers also said the ride’s route will not be made public for the safety of everyone involved in the event.

In other news from Tuesday’s council meeting, the borough will hold its curbside fall brush collection during the week of Sept. 20.

Public works director Barry Yonney said he is encouraging residents to gather their brush in recyclable bags, and bundle sticks no greater than four feet in length. He also advised residents to make sure their garbage cans are empty of water.