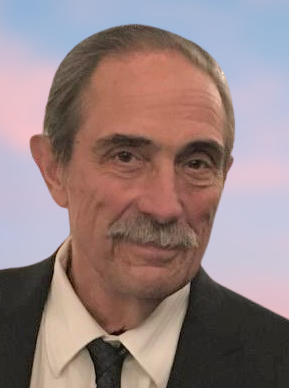 He was the husband of Dolly M. Kranyecz, or as she put it, “Bad Boy Good Man.” Charles was born in Allentown on March 9, 1947 to the late Willis H. and Mary Jean (Lehr) Meyers. He served our country faithfully in the U.S. Army during the Vietnam War. Charles worked at the former Bethlehem Steel for 31 years until 1997. He rejoined the work force in 2005 in the maintenance department at Johnstone Supply Inc., Alburtis, where he was employed until retiring in 2019. Charles was a life member of the Edward H. Ackerman American Legion Post 397, Hellertown, enjoyed watching the Philadelphia Phillies and Eagles, and joshing moments with son, Brian. He went on many camping trips with his wife Dolly with their awesome friends, The Parachute Group, and enjoyed their casino trips together. Remember: Enjoy the life that was, not as it is now!

In addition to his loving wife, together for 17 years; children: Brian C. (Sherri A.) of Hellertown, Ginger L. (Robert A.) Feher of Hellertown; brothers: Glenn R. of Hellertown, Gerald R. (Edith M.) of Greentown; grandson: Brandon Meyers. He was predeceased by his first wife: Lorraine E. (Michael) Meyers.

The service will be held privately. There will be no calling hours. Online expressions of sympathy can be recorded at HeintzelmanCares.com. Arrangements are by the Heintzelman Funeral Home Inc., Hellertown.

In lieu of flowers, memorials may be made to the American Lung Association.