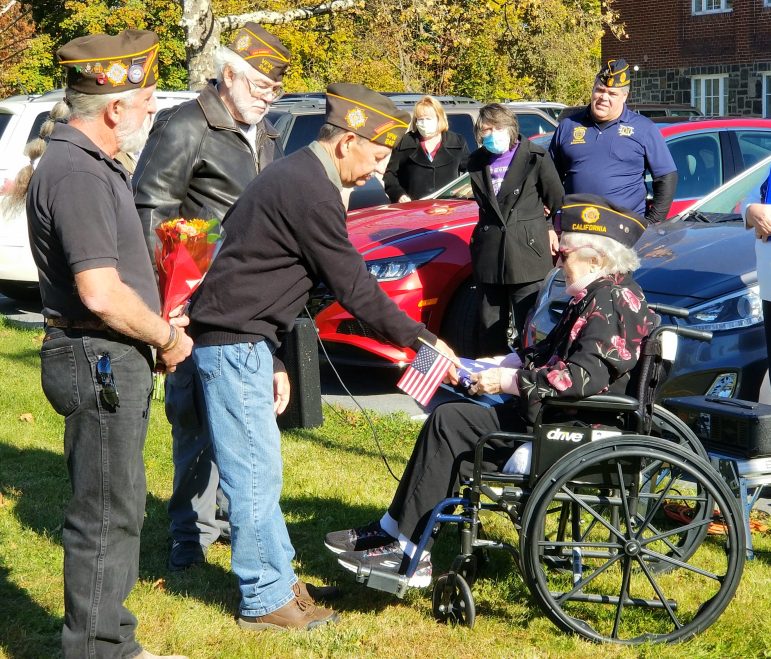 U.S. Navy veteran Alma Davis is presented with a flag flown over the U.S. Capitol in recognition of her 97th birthday.

According to the U.S. Department of Veterans Affairs, as of earlier this year fewer than 2 percent of the 16 million Americans who served in World War II were still living.

Relatively few women are among today’s survivors, since female military service was relatively rare at the time, which makes the story of Coopersburg WAVE veteran Alma Davis–who was a member of the U.S. Navy’s Women’s Reserve–all the more remarkable.

Davis, who turned 97 on Tuesday, was honored at a special ceremony held outside her apartment at a senior living facility in the borough on Wednesday, one day before Veterans Day was observed.

Davis was joined by her daughters Stephanie and Yvonne for the ceremony, which was attended by representatives from a number of organizations that support veterans, including Quakertown American Legion Post 242 and Sellersville’s VFW Forrest Lodge Post #245.

“It’s a pleasure here today to be able to celebrate your 97th birthday,” American Legion Post 242’s Tony Michaels told Davis, who was born and raised in northern California.

Much of Davis’s remarkable life story was documented in a display of photographs and memorabilia that her daughters prepared inside the assisted living facility, where a luncheon featuring a hat-shaped cake was held for guests at the event.

The hat was a replica of the one worn by Davis as a member of the WAVES, which was an acronym for Women Accepted for Volunteer Emergency Service; a branch of the Naval Reserve that was created in 1942 so more U.S. naval officers could be released for sea duty. 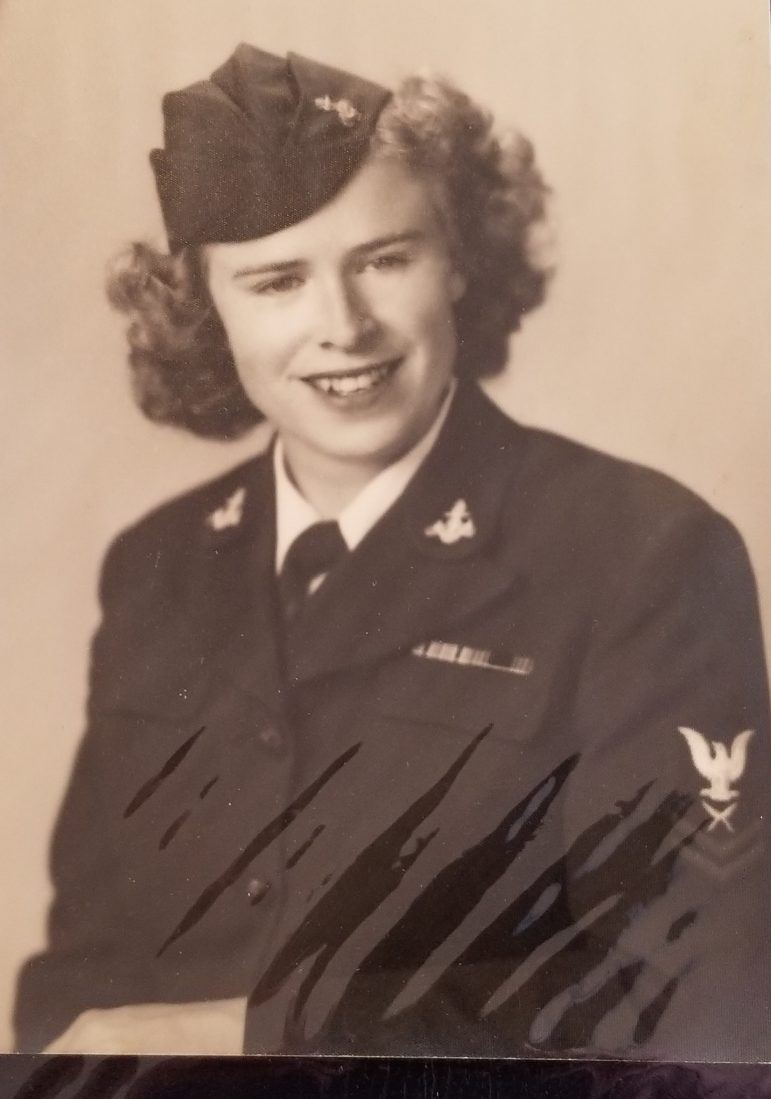 In a photo that was displayed at her birthday celebration Wednesday, Alma Davis is pictured in her WAVE uniform during World War II. The Sacramento, Calif., native relocated to the East Coast with her husband–who was also a Navy veteran–following the war. The Davis family lived first in northern New Jersey before relocating to the Southern Lehigh area.

Stephanie Davis said the uniform her mother wore as a WAVE is in the possession of the Women in Military Service for America Memorial in Washington, D.C.

She noted that her mother comes from a line of trailblazing women.

Davis’ grandmother is recognized for having climbed Yosemite National Park’s Half Dome in 1915 in a skirt, because it was not socially acceptable for women to wear pants a the time. Laura White Brunner’s life story is the subject of a book based on her memoirs, “Cliffs and Challenges: A Young Woman Explores Yosemite, 1915–1917,” published by the University of Kansas Press in 2019 and displayed at her daughter’s 97th birthday party.

Also present for the event were representatives of the local organization Tails of Valor, Paws of Honor, which trains and provides service dogs to veterans with Post-Traumatic Stress Disorder (PTSD), Traumatic Brain Injury (TBI) and physical disabilities.

Davis, for her service and in recognition of her birthday, was presented with a certificate of appreciation from the office of U.S. Rep. Brian Fitzpatrick (R-1) and an American flag flown over the U.S. Capitol. 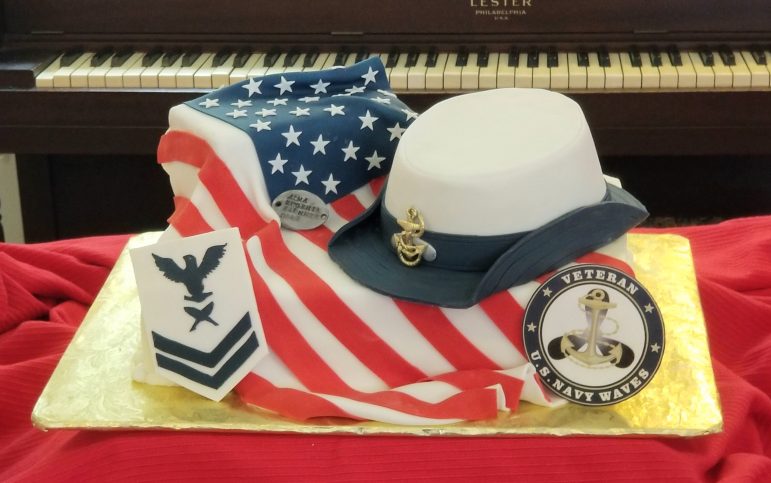 A special cake honoring Alma Davis’ WAVE service was baked for her 97th birthday by Amy’s Creative Cakes of Quakertown. 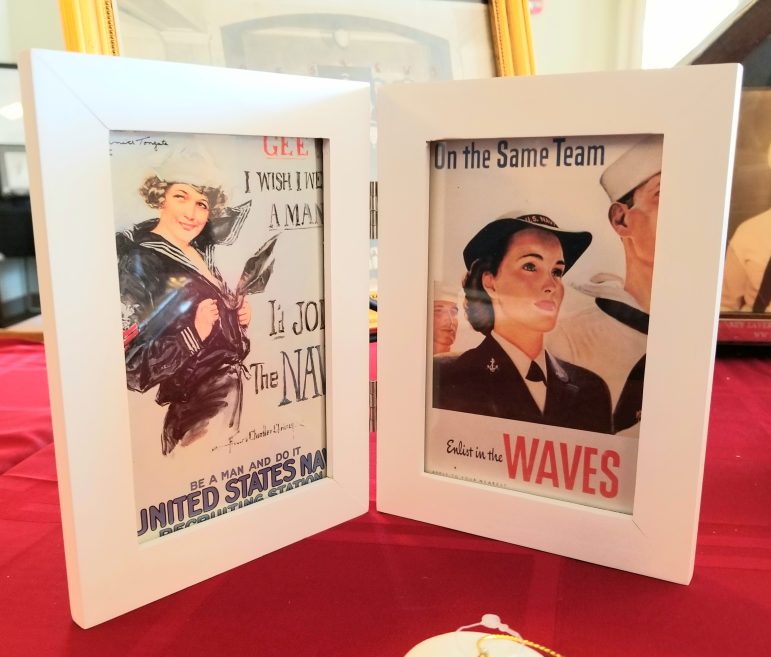 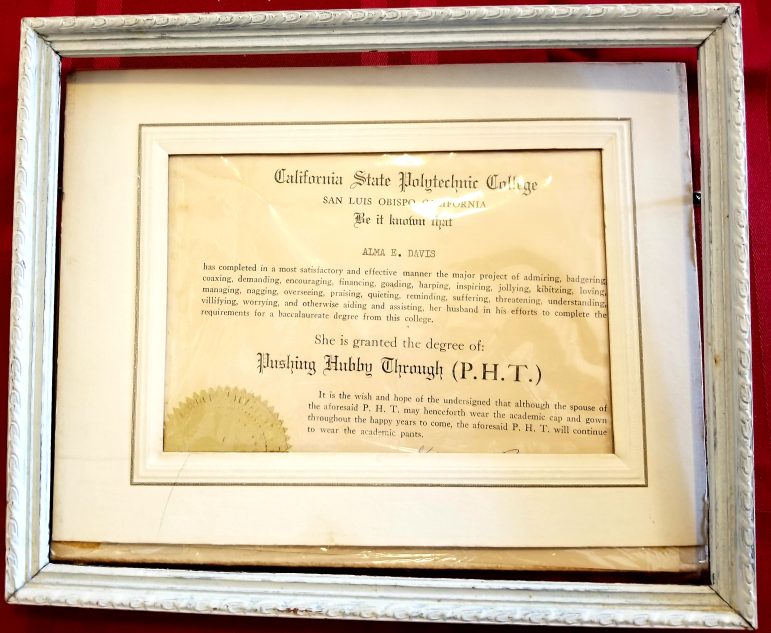 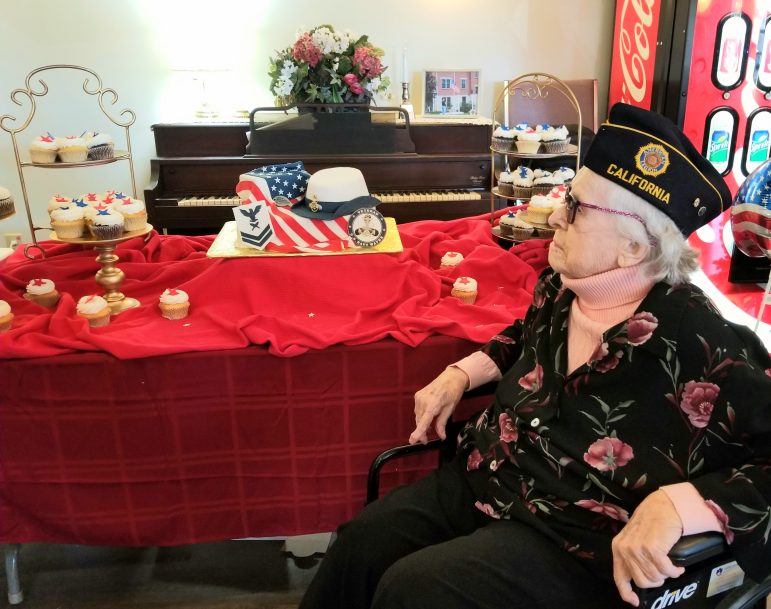 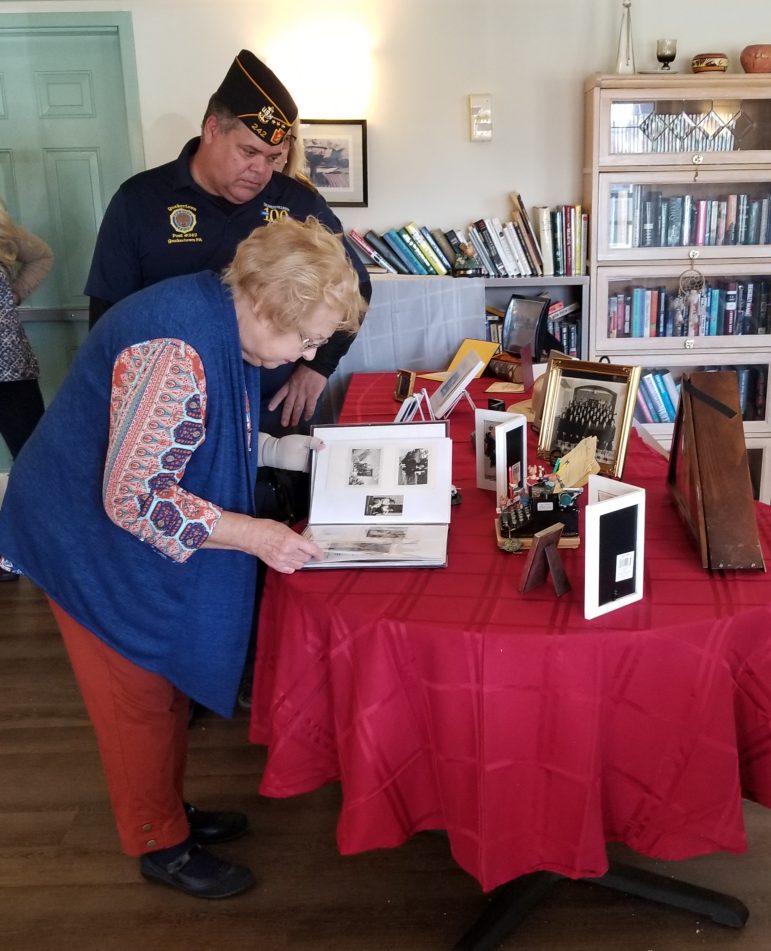 Guests at the party look at photos and memorabilia from Alma Davis’ years of military service. 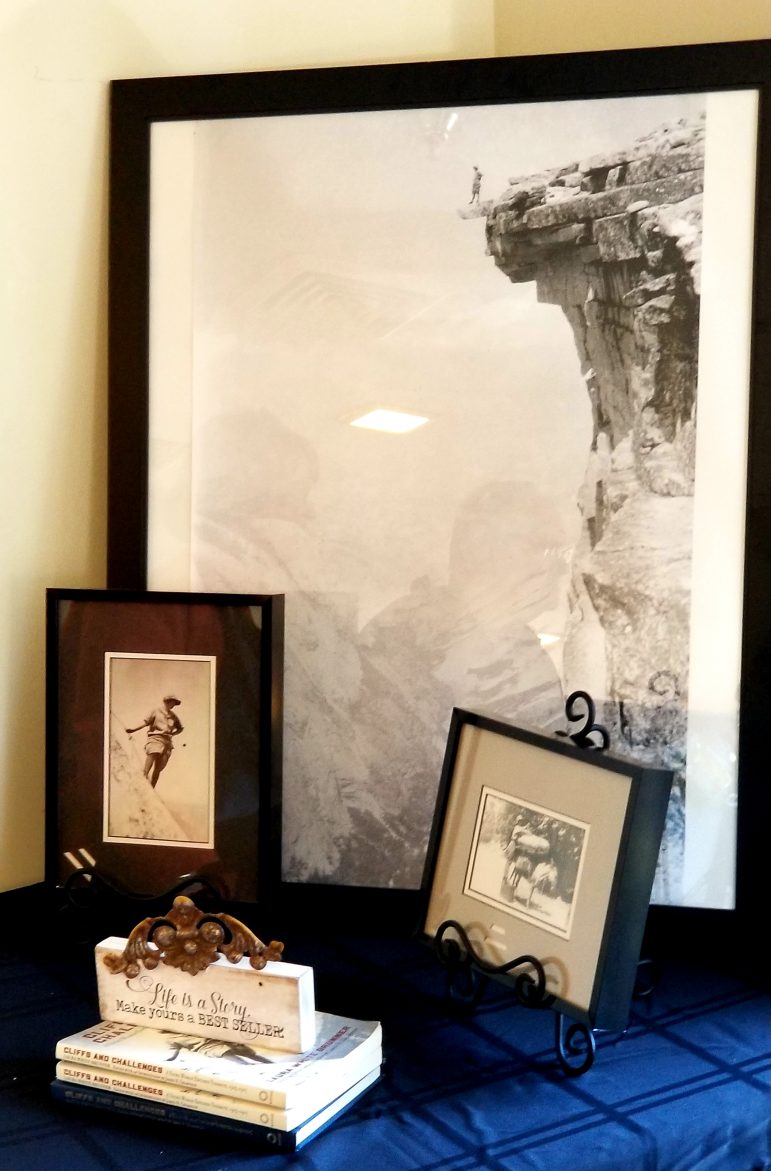 A display honors Alma Davis’ mother, who became a female mountaineering trailblazer by climbing Yosemite’s Half Dome in 1915. Laura White Brunner’s memoirs are the subject of a book, “Cliffs and Challenges,” published in 2019. 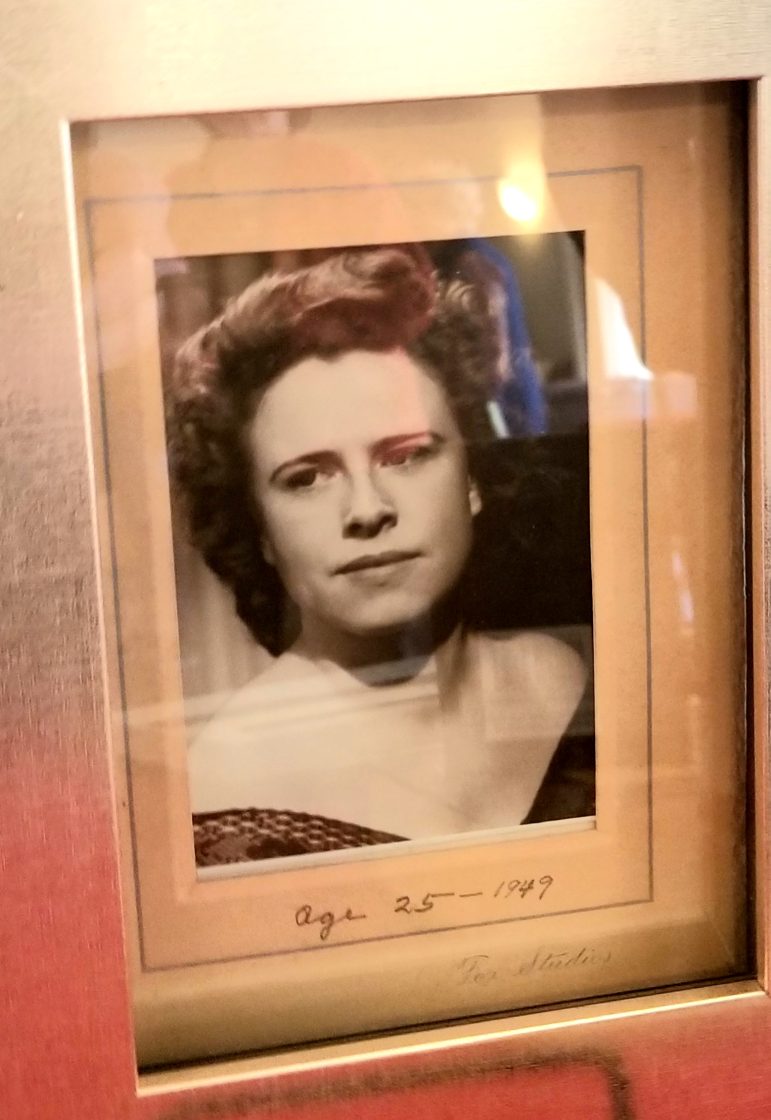 Alma Davis is pictured in a 1949 photograph displayed at her 97th birthday celebration in Coopersburg Wednesday. 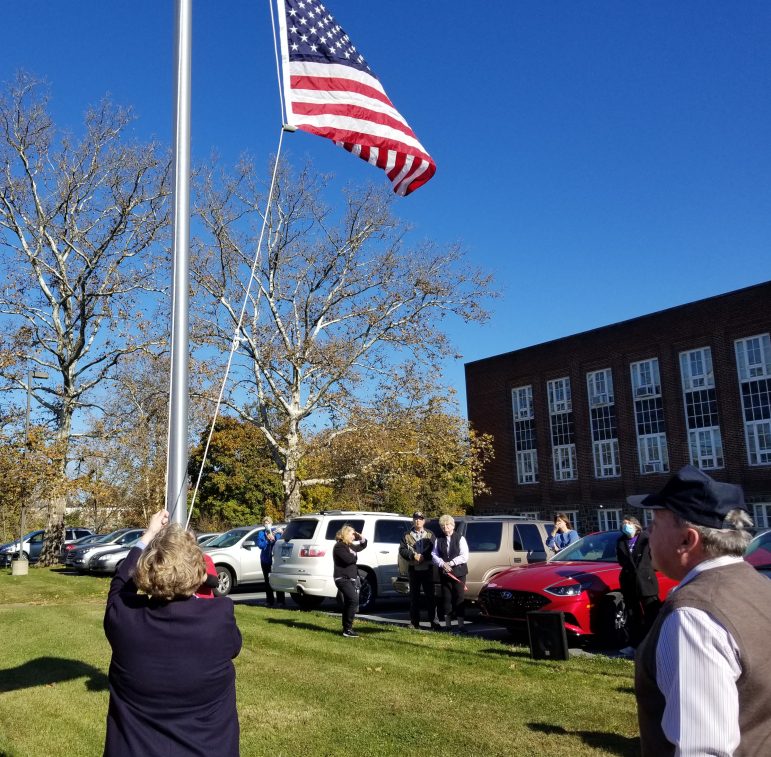 Alma Davis’ daughter and fellow veteran Stephanie raises a flag during the ceremony held in her mother’s honor at the Coopersburg School Apartments Wednesday. 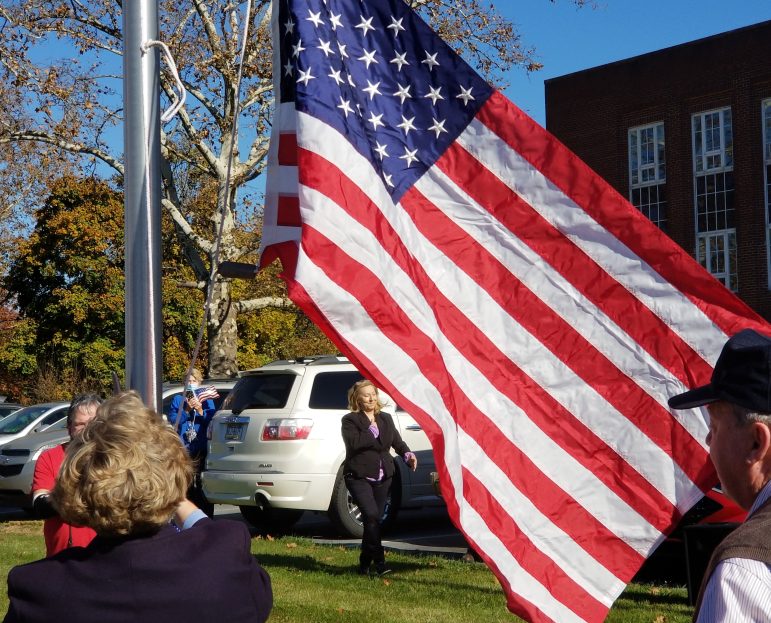 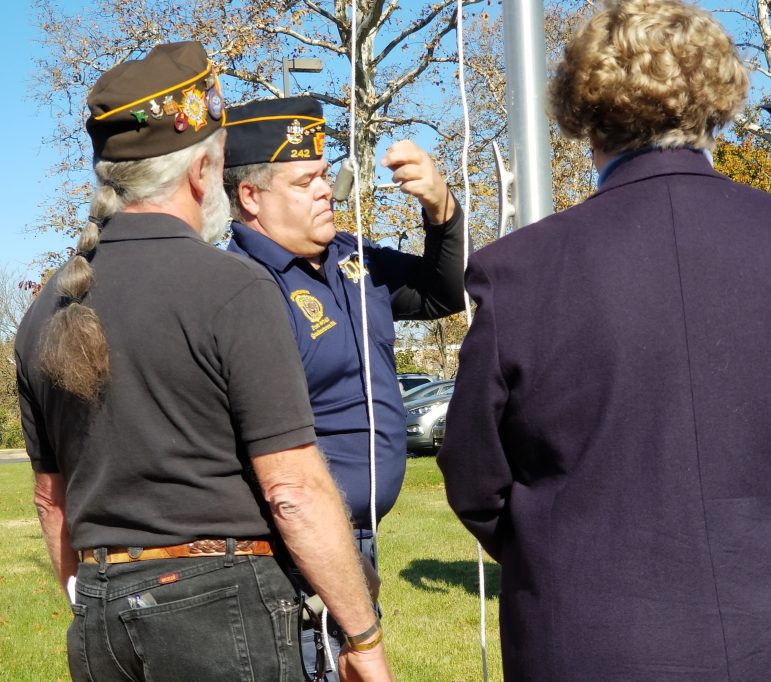 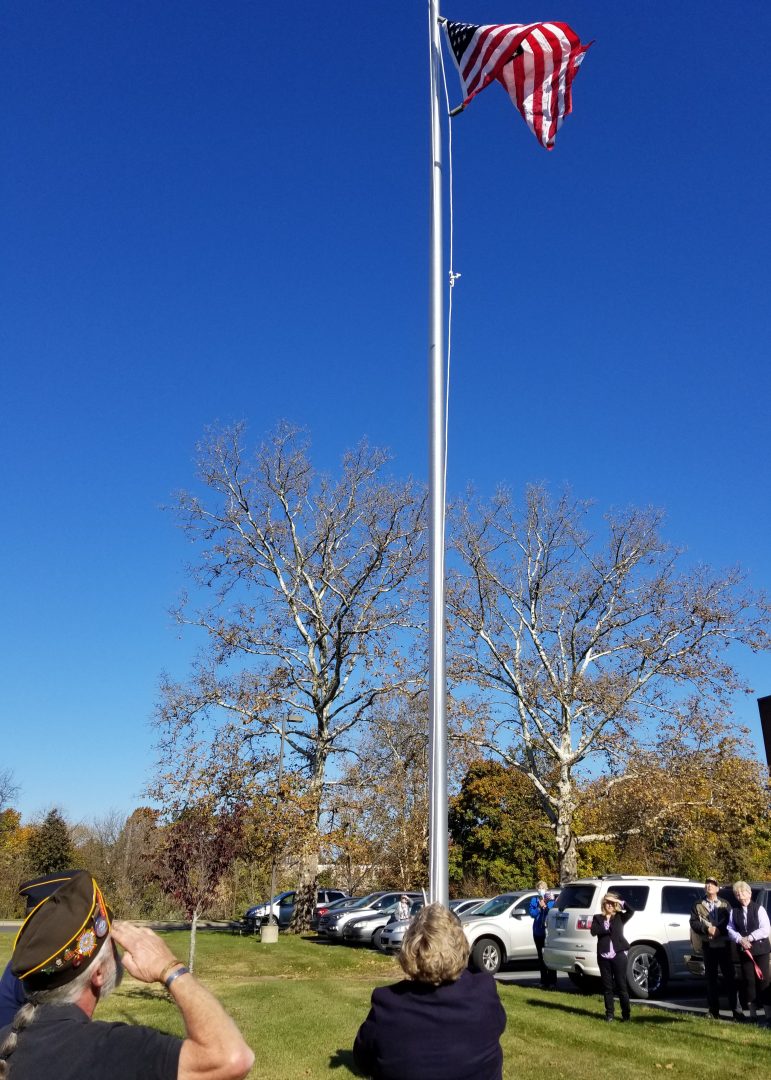 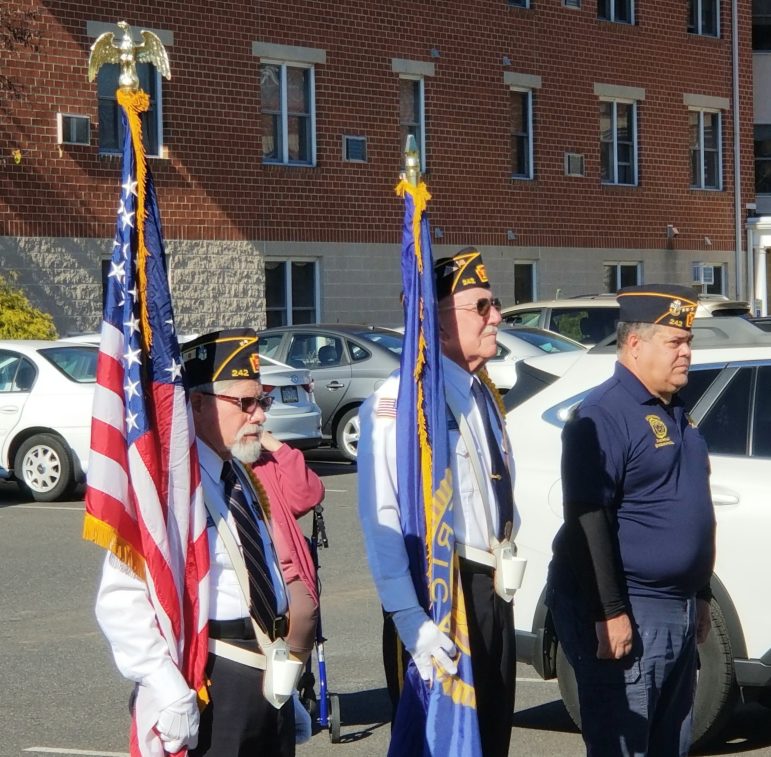 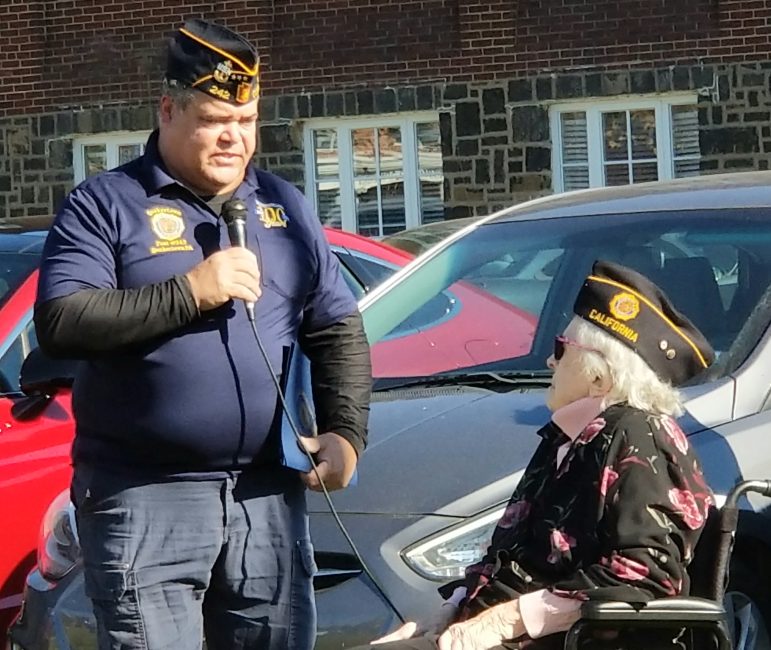 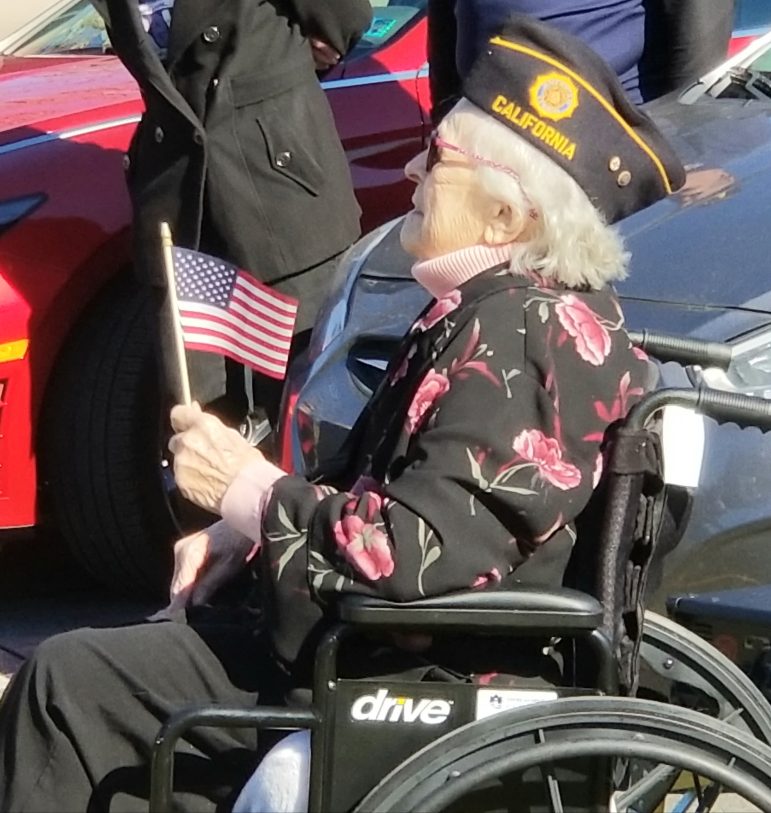 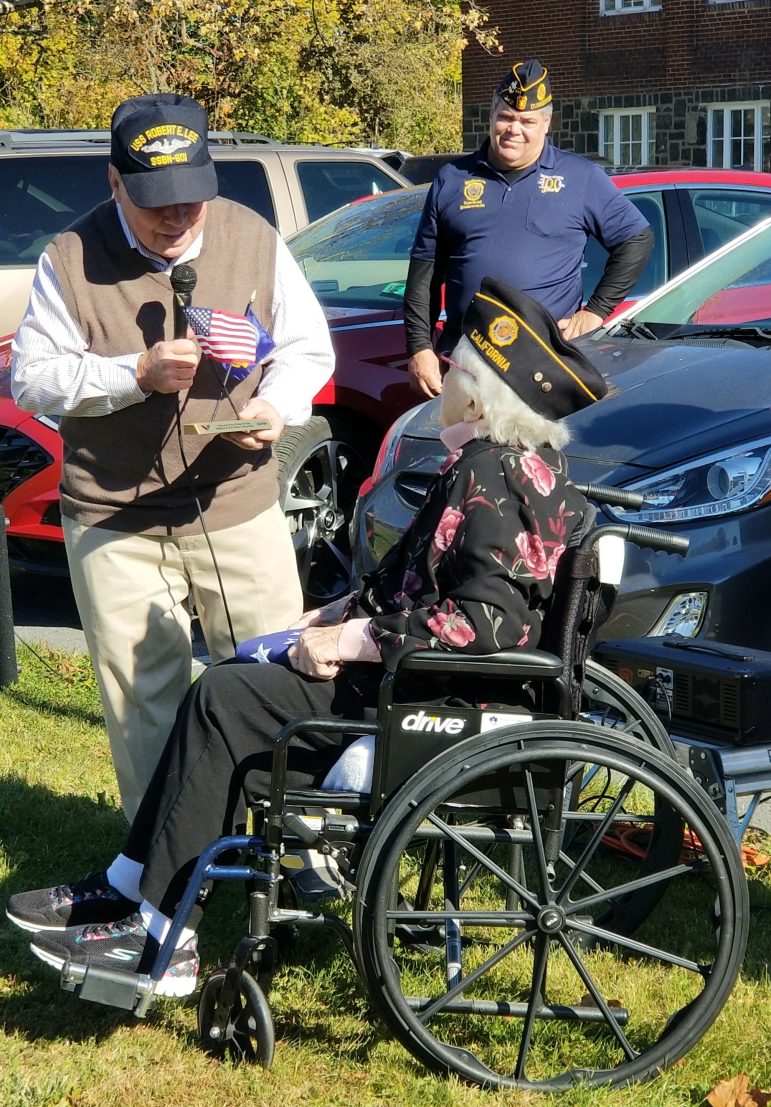 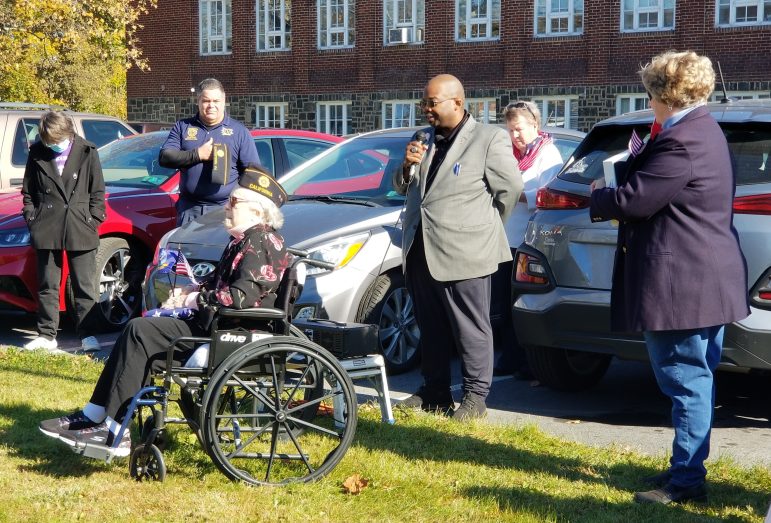 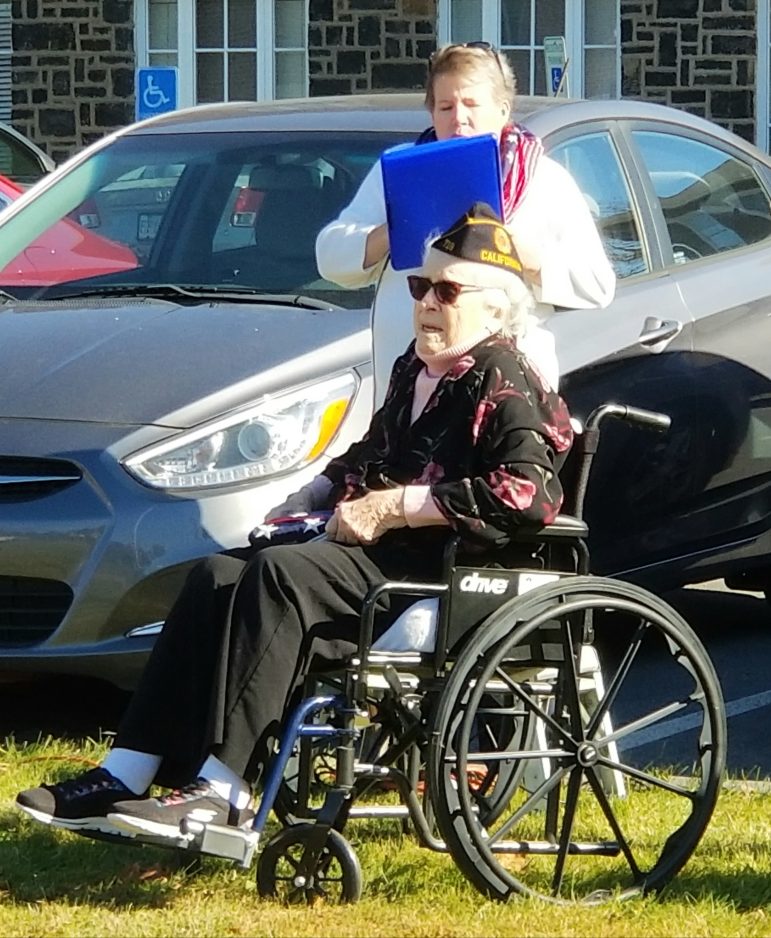 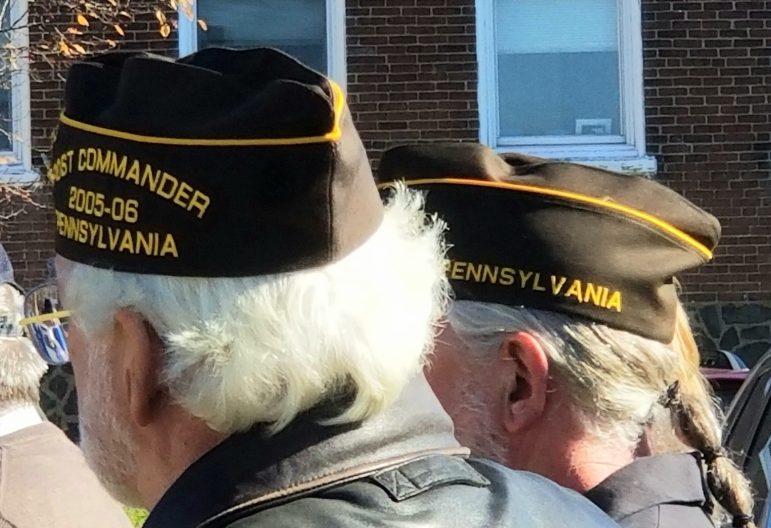 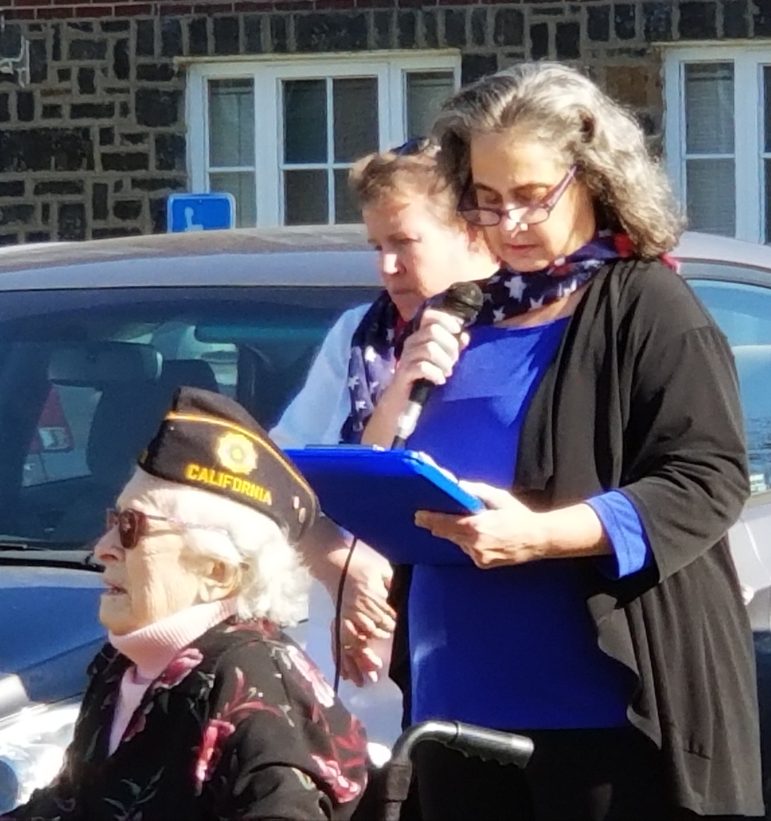 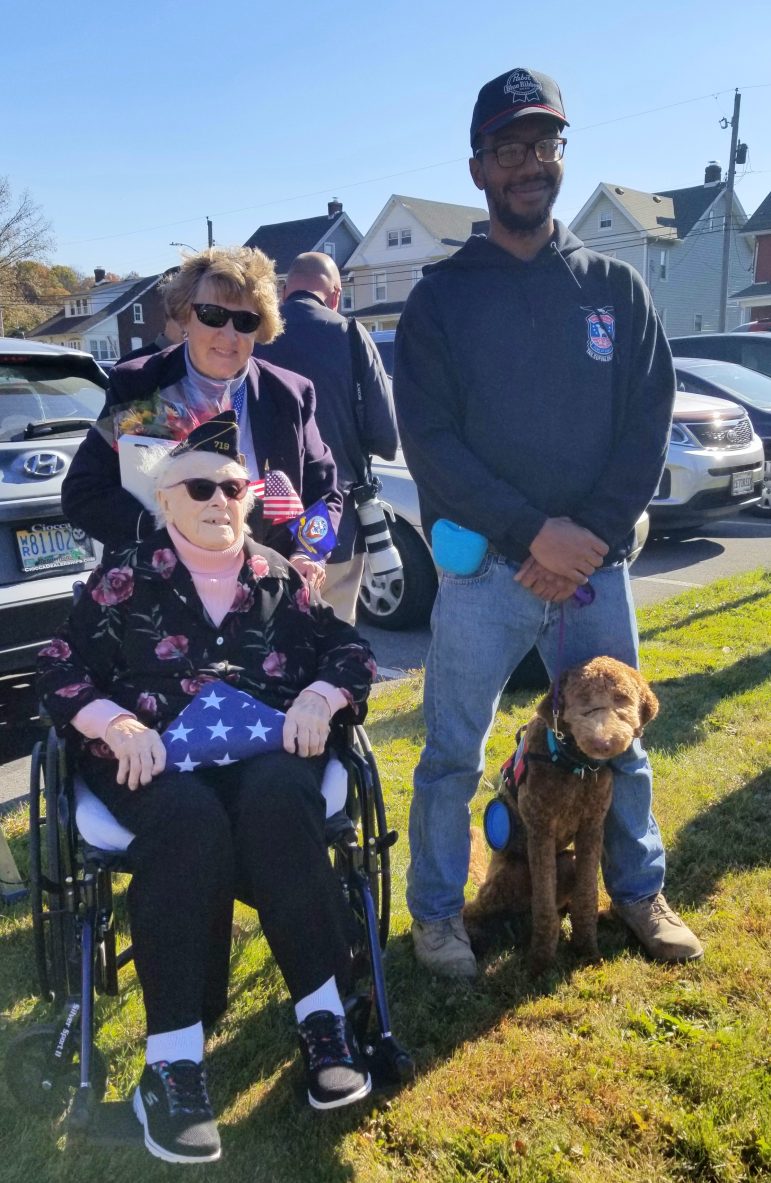 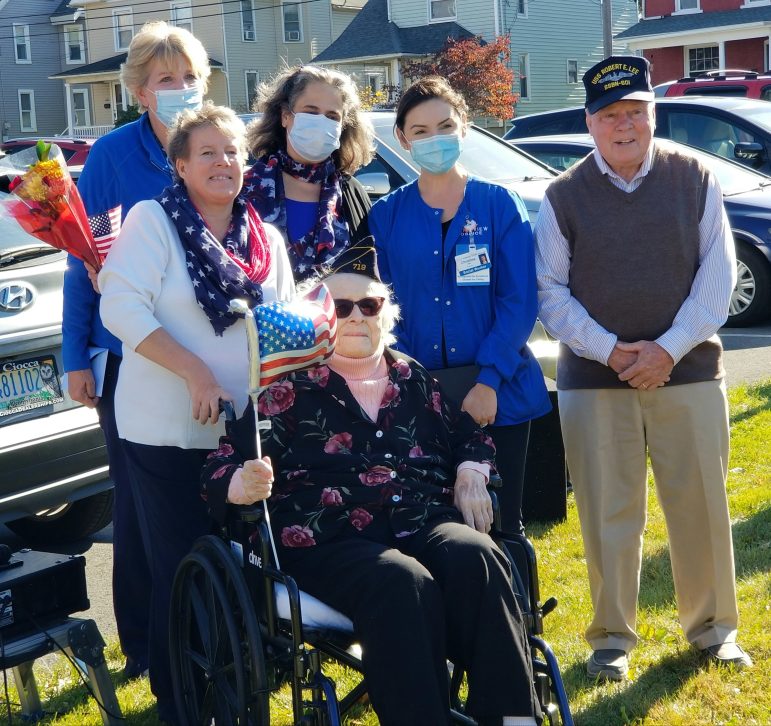