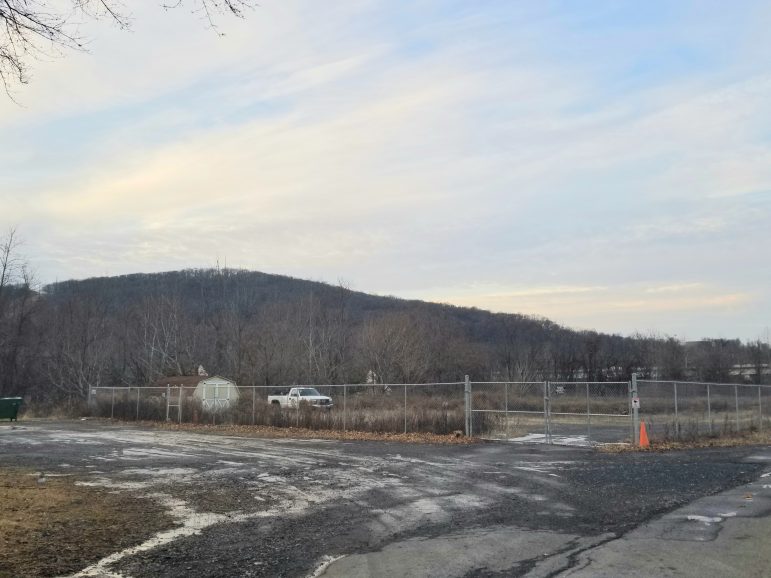 One of the two properties that would be developed consists of five vacant parcels near the former Champion spark plug factory, close to I-78 in the northernmost part of the borough. Approximately 60 apartments are proposed for the property.

Two mixed use development proposals at the north end of Hellertown were discussed by borough council Jan. 18, with council ultimately voting to add the properties on which 85 apartments could be built to the borough’s flexible redevelopment overlay (FRO) district.

The vote–which followed a recommendation by the borough’s planning commission that they be added to the FRO–means that the projects can move to the land development phase of the approval process, when it’s likely that concerns raised about the potential trickle-down effect of increased development occuring in that part of town will be revisited by council members and other borough officials.

Most vocal in voicing his concerns about the proposed projects last week was borough council president Tom Rieger, who voted against adding the properties to the FRO.

Rieger said 85 more apartments would significantly increase the total number of rental units in the borough, adding to the workload of the zoning and codes officer, Kris Russo, who is responsible for carrying out rental property inspections on a five-year rotation.

Russo estimated that there are currently approximately 700 rental units in 500 to 600 properties in the borough.

Rieger also brought up the issue of added “service costs” to the borough in the form of additional work for the Hellertown Public Works Department, which is responsible for hauling trash from residential properties and removing snow from the borough’s streets. 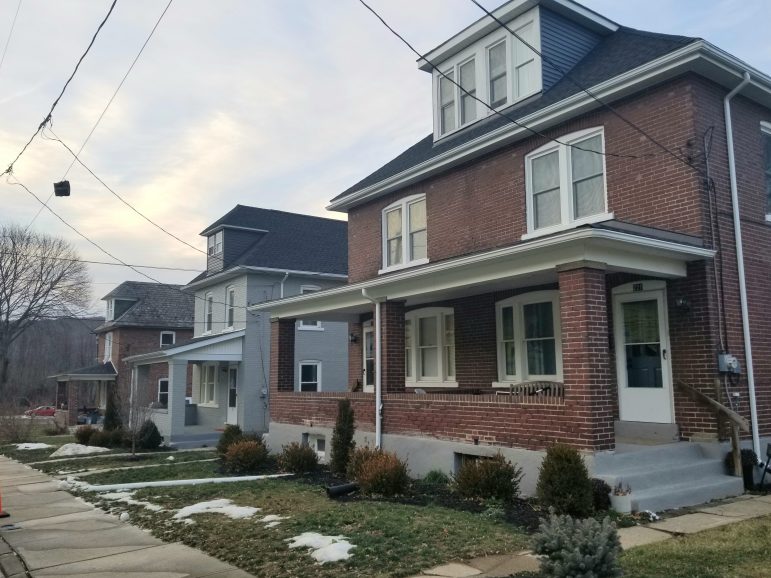 Several old homes at 221-229 Kichline Avenue in Hellertown borough will be replaced by a 25-unit apartment building with first floor office space if a proposal that’s expected to be reviewed by borough officials later this year is ultimately approved.

One of the proposed developments is at 221-229 Kichline Avenue, directly across the street from a three-story mixed use building that is currently under construction.

Both the building under construction and the proposed building–which would contain 25 residential units and approximately 5,500 square feet of first floor office space–are owned by local developer Dano Guerrieri.

The other proposed project would encompass 60 residential units and include about 12,000 square feet of first floor office space. It would be built on five adjoining parcels along Clauser, Hemlock and Williams streets, just south of the former Champion spark plug factory and I-78.

Muhammed Bendjilali is the developer who is proposing that project, which would be built on a swath of mostly vacant land, much of which is surrounded by a chainlink fence.

An old stone home is located on the largest of the five parcels, which is at the north end of Clauser Street near where it intersects with Kichline Avenue, close to the properties Guerrieri owns. 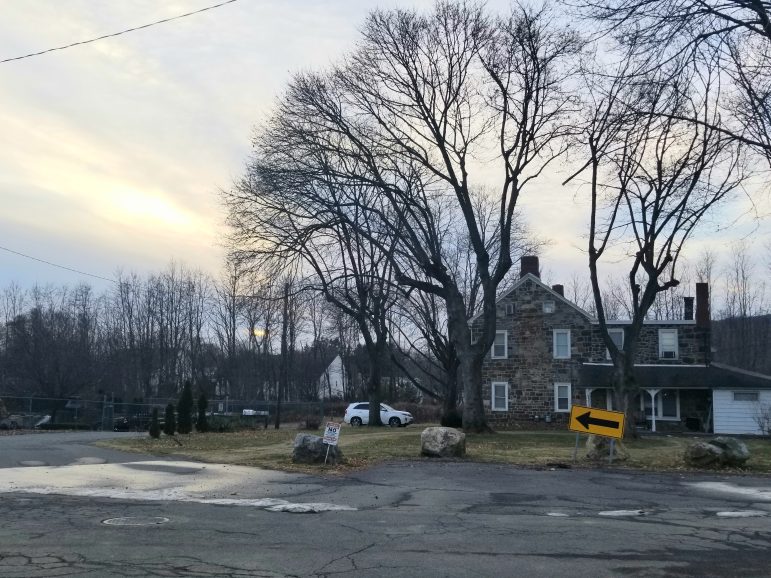 A historic stone home sits on one of the five parcels that would be built upon at the north end of Clauser and Williams streets in Hellertown, if a development proposal is ultimately approved. The plan calls for 60 residential units and approximately 12,000 square feet of office space to be constructed on land that is mostly vacant near a former factory, south of I-78.

The building Guerrieri is currently constructing will contain a total of 28 residential and office units, and will be adjoined by a 56-space parking lot.

Along with Rieger, councilman Mike McKenna voted against adding the property Guerrieri owns at 221-229 Kichline Avenue to the FRO. Councilman Matt Marcincin abstained from that vote.

On the vote to add the Clauser/Williams streets property owned by Bendjilali to the FRO, Rieger cast the sole dissenting vote, and the motion to add it was approved 6-1.

The FRO was created to help generate economic development nearly a decade ago but has only begun to bear fruit in the form of proposals over the past couple of years, with Guerrieri’s current Kichline Avenue project being the first to break ground within it. 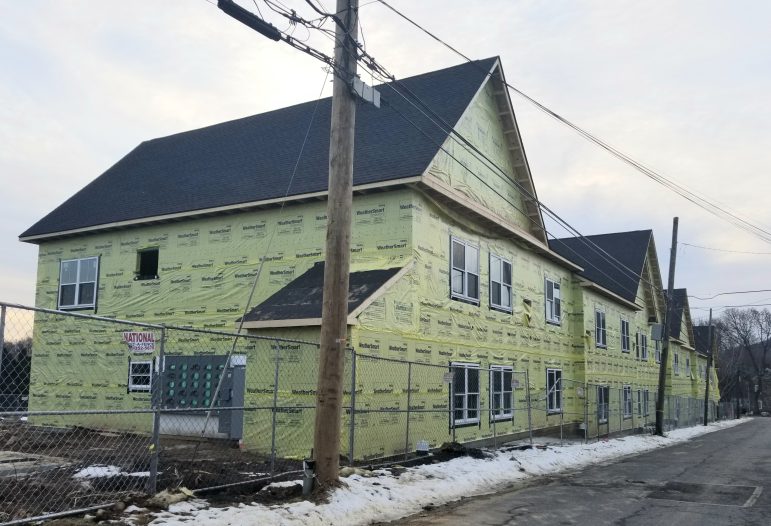 A three-story apartment and office building is currently under construction along Kichline Avenue near Clauser Street in Hellertown, in the borough’s flexible overlay redevelopment (FRO) district. Some residents last year expressed concerns about how the building and others that are now proposed could change the character of their neighborhood. 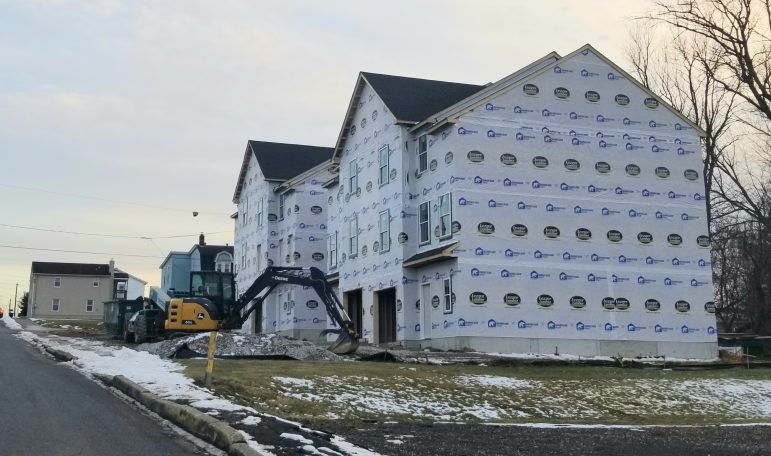 A remarkable amount of residential development is occurring or proposed in Hellertown borough, given the community’s modest size of approximately 1.3 square miles and the fact that most of its land was developed decades ago. Pictured above are four townhomes that are currently under construction along Clauser Street near Kiernan Avenue.