Local property developer Dano Guerrieri is expected to soon begin construction of a three-story mixed use building on Kichline Avenue at Clauser Street in Hellertown borough. The building will consist of 28 residential and small office units and is being constructed within a Flexible Redevelopment Overlay (FRO) zoning district that was created to help facilitate this type of development. Pictured above is a rendering of what it will look like, courtesy of the Borough of Hellertown.

Hellertown is starting to see a bit of a building boom, and residents of Kichline Avenue and the surrounding neighborhood can expect to start seeing new development-related construction activity in the near future, borough officials confirmed this week.

At a council meeting Monday, Hellertown borough manager Cathy Hartranft reported that along with work on a new Starbucks, the construction of a mixed use residential and commercial building at Kichline Avenue and Clauser Street is expected to start soon.

“(Last week) was a very busy week for land development and improvement agreements,” Hartranft said. “We’ve received the Kichline Avenue, the Starbucks and the Clauser Street improvements agreements. (They) are either waiting to be signed or have been signed, so people will start seeing a lot of land development going on with those three projects.”

The Kichline Avenue building was first proposed by local developer Dano Guerrieri several years ago, and will be one of the first developments to result from the creation of a Flexible Redevelopment Overlay (FRO) District in the borough’s northernmost corner.

The FRO district extends approximately from Gum Alley to the borough’s border with the City of Bethlehem, which also borders it to the east and west.

The building Guerrieri will construct is three stories and will contain a total of 28 residential and office units, borough zoning and codes enforcement officer Kris Russo confirmed. The developer will also construct a 56-space parking lot at the site, he said.

Not far away, construction of two sets of twin homes is set to begin at 1604 Clauser Street, Russo said.

In both cases, existing residences on the properties that are being developed will be demolished. 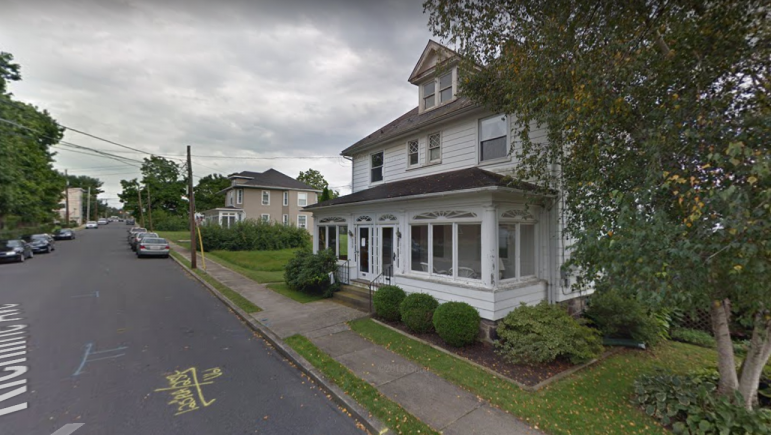 Several older homes that are located along Kichline Avenue in Hellertown borough will be demolished before the construction of a new 28-unit residential and commercial structure can begin. A small home at 1604 Clauser Street is also set to be demolished so two sets of twin homes can be built on the property, as Hellertown sees a bit of a building boom.